This is a sponsored conversation written by me on behalf of General Mills®. The opinions and text are all mine.

School has started and it’s time to start collecting those Box Tops for your kids! Every year we do this for our kids. It’s an easy way to help out the school without really having to do much. Usually I just have a sandwich bag on my fridge that I put the Box Tops into. It’s worked, but sometimes it’s nice to have something bigger and cuter to put them in. Plus sometimes the sandwich bag gets lost or thrown away. When there is a designated spot, then everyone knows where to it goes and they know that it’s not garbage :).

I thought that the perfect container for the Box Tops would be a box. I love recycling boxes and this is a perfect project for them! 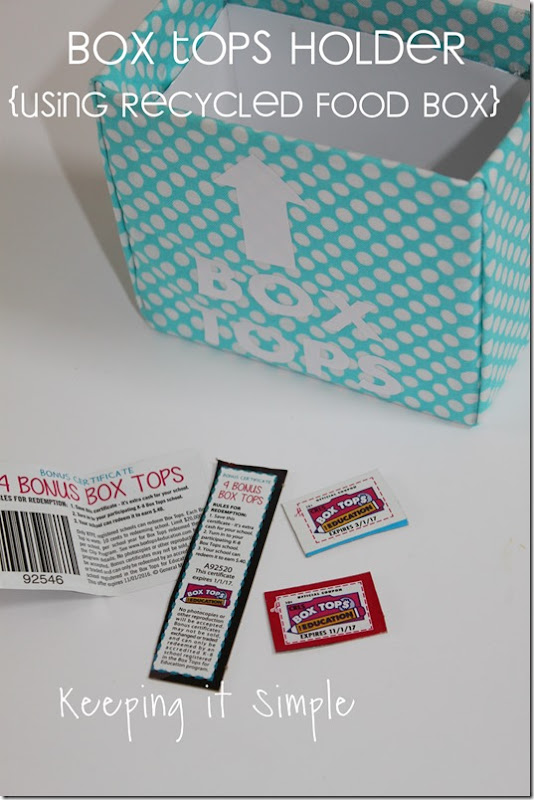 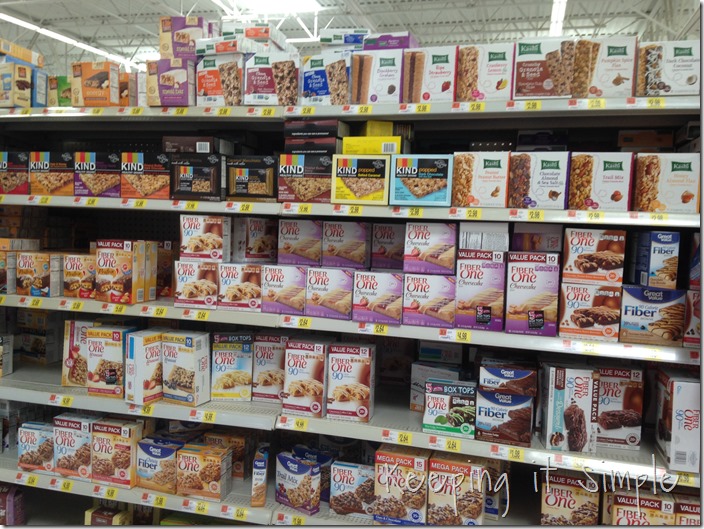 These are the foods that I picked up (because we love all of them). It’s a great bonus that all of them had the 5 Box Tops on them!

The Fiber One box was perfect for this because it had a little coupon on it for the bonus Box Tops (instead of having to cut the box). 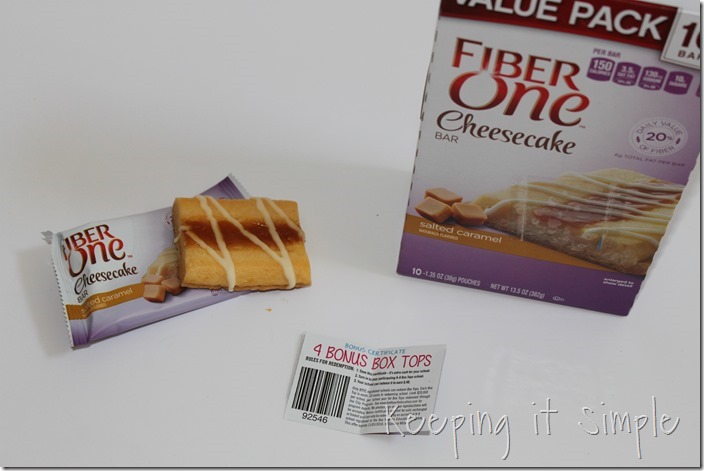 This is how I made the holder:

I cut the box in half. I used the half that didn’t have the Box Top on it. 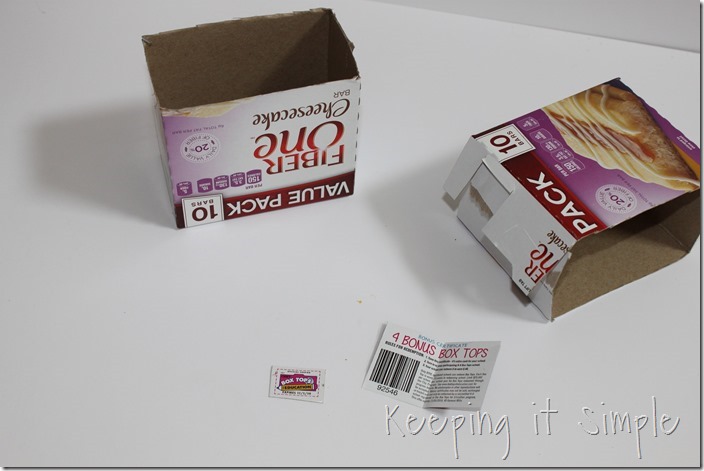 Then I cut out some fabric that would be big enough to cover the box. I also cut out some heat transfer vinyl in white to label it. I find that labeling everything is so very helpful. 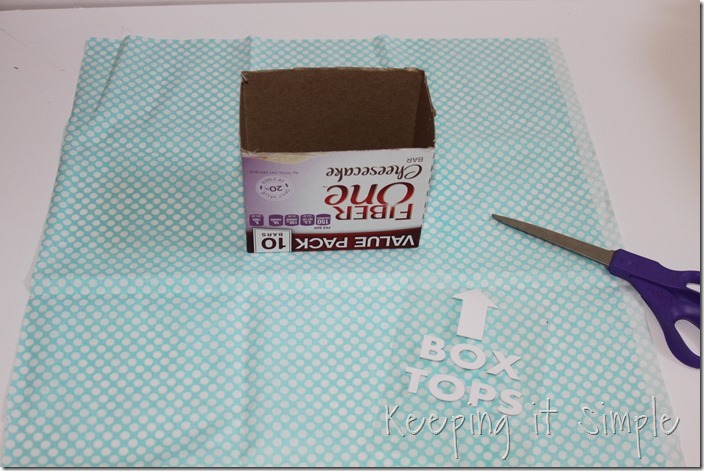 I measured where the fabric would go right in the front of the box, then I put the heat transfer onto it by ironing it onto the fabric. 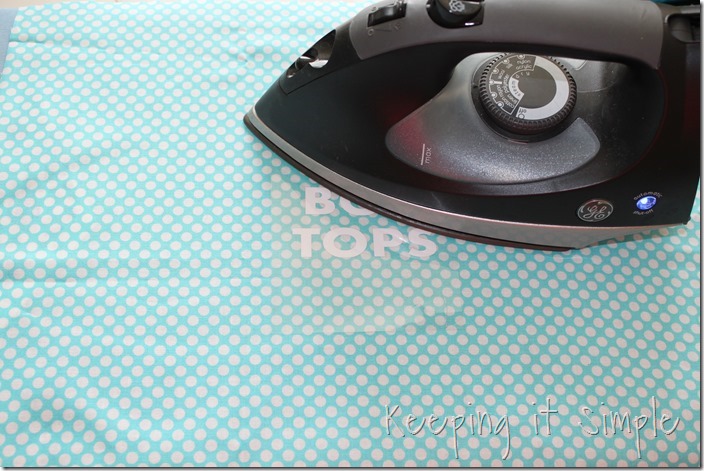 Then I placed the fabric upside down and glued the bottom of the box onto the fabric (I first measured where the words were and lined it up). 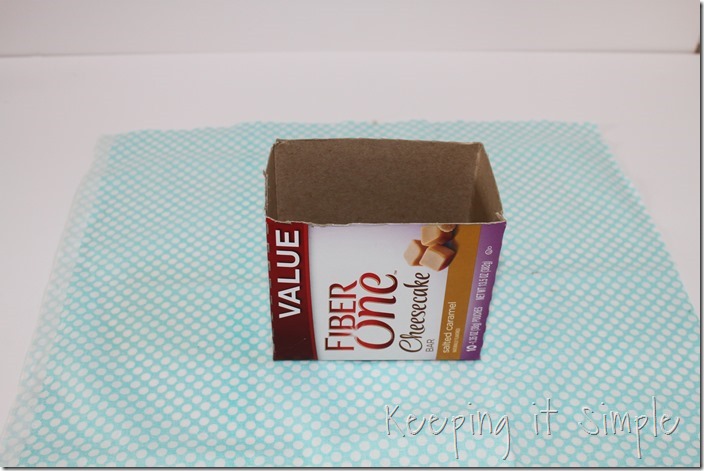 Then I glued the front and back of the fabric onto the box. 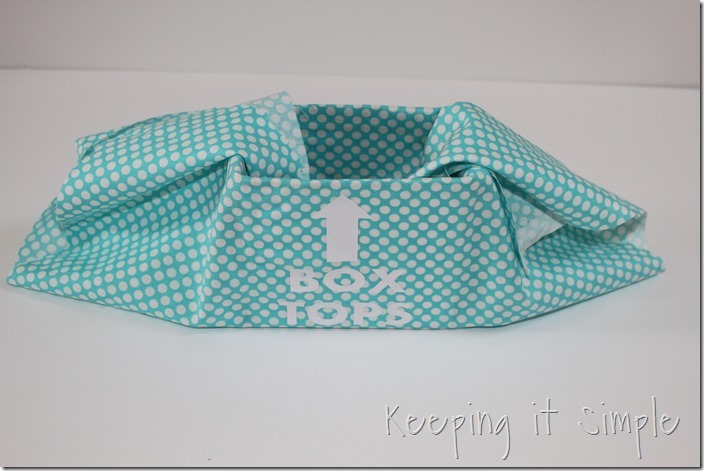 I cut off excess fabric on the sides (it makes it lay flatter). Then I glued them. 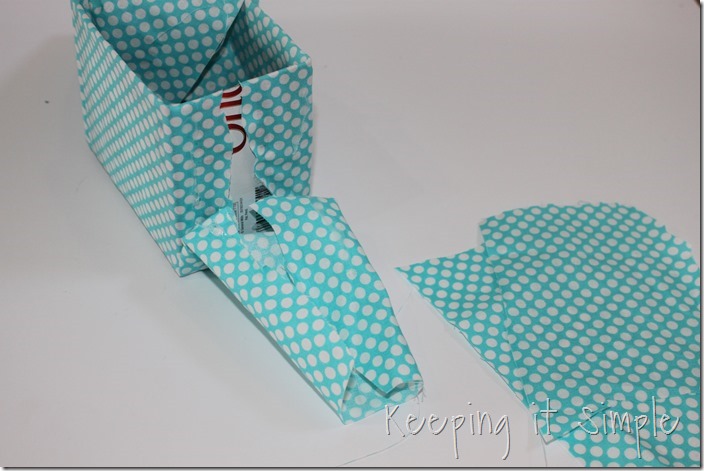 The inside of the box didn’t look super pretty with all the fabric in there, so I cut out some white card stock to glue into it, to give it a more finished look. 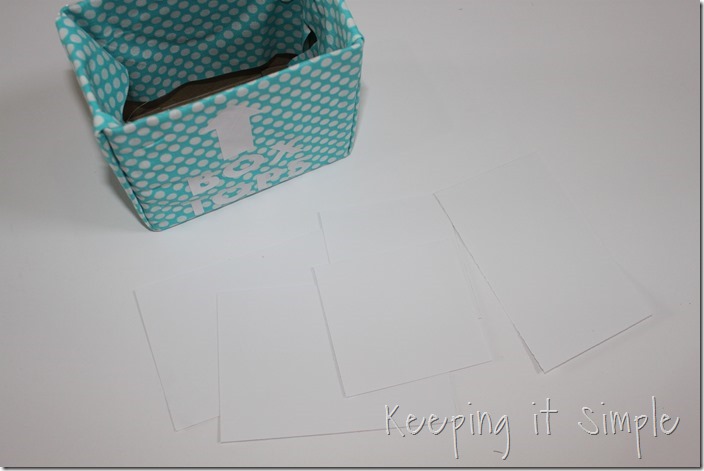 I glued those in. 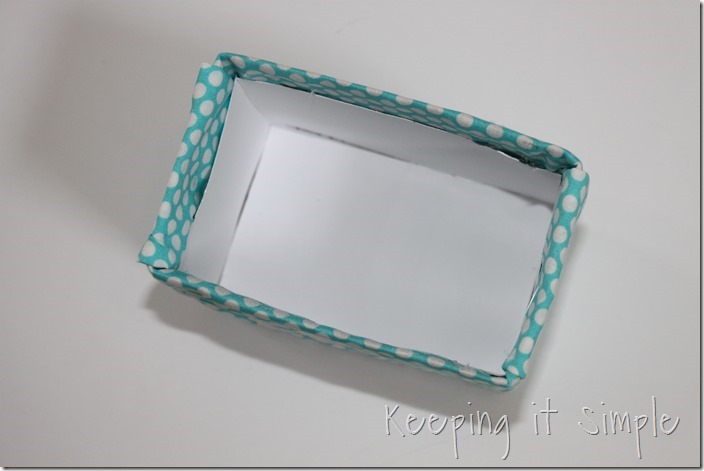 And that’s it!! Super easy and super cute! 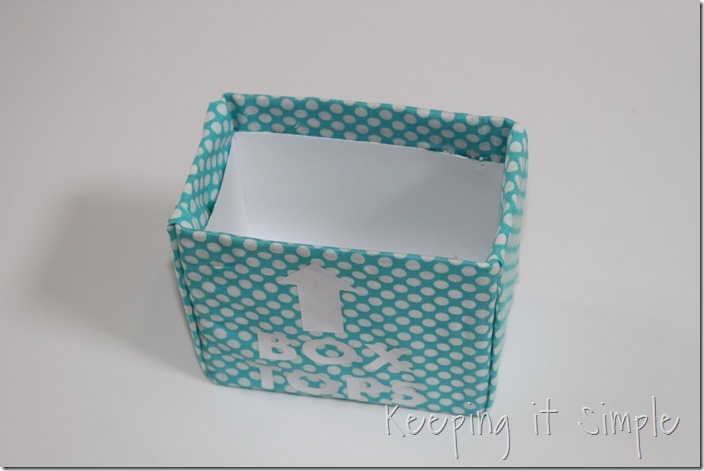 It’s a perfect place to put all of those Box Tops that we are going to cut out this year! 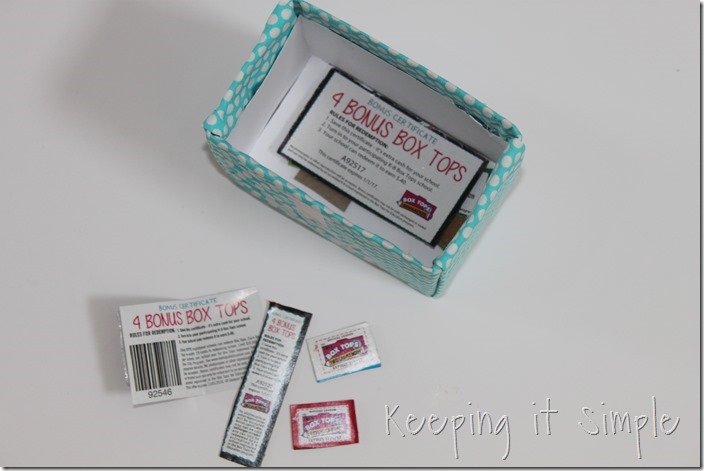 I used some heavy duty magnets and put the box onto the fridge. 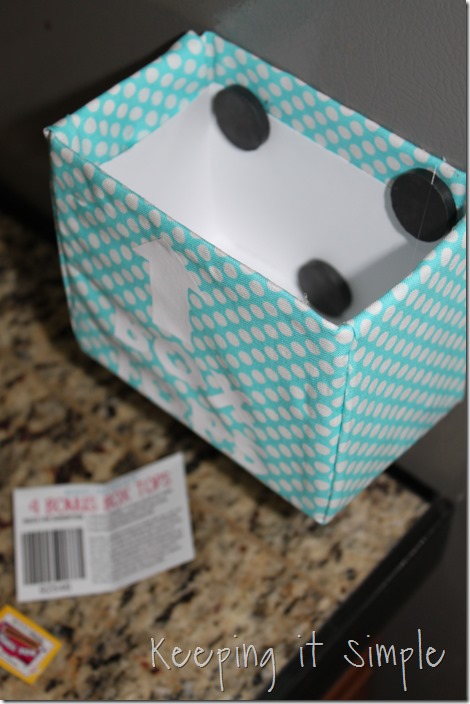 Now when my kids cut out the Box Tops for me, they know exactly where they need to go. 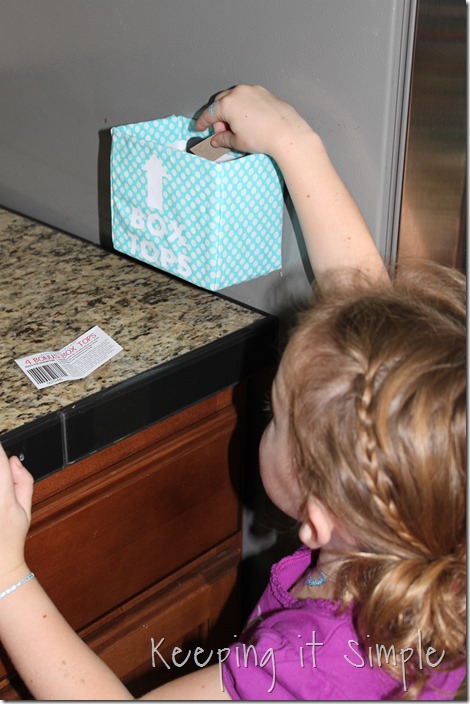 How do you store your Box Tops? I would love to hear it!

Comments submitted may be displayed on other websites owned by the sponsoring brand.

This is a sponsored conversation written by me on behalf of General Mills®. The opinions and text are all mine.