My kindergartner has had reading problems this year.  He has a fairly bad speech problem and because of it it has set him back in his reading.  When we went to his first parent teacher conference, we learned that he was in below reading level group, it was so sad.  Read more about his speech and tendencies of dyslexia here.
A few months ago I was emailing my son’s kindergarten teacher and asked her how I can help him at home to get him to where he needs to be with reading.  One area he was having problems with was rhyming.  It just wouldn’t click for him. I  would say a word and ask him what rhymes with it and he would give me a very random answer.  He didn’t get what I meant when I said that the end of the word has to be the same.  Since he learns things visibly, I knew I needed to make him something that he could see the words and understand why the words rhyme.  This notebook was the perfect solution for the problem.  He got to see that by changing the first letter of the word and not the end of the word he could make two words that rhymed.  This helped him a lot because he was just moving the first letter and not the end and that physical motion made it easier for him to understand. 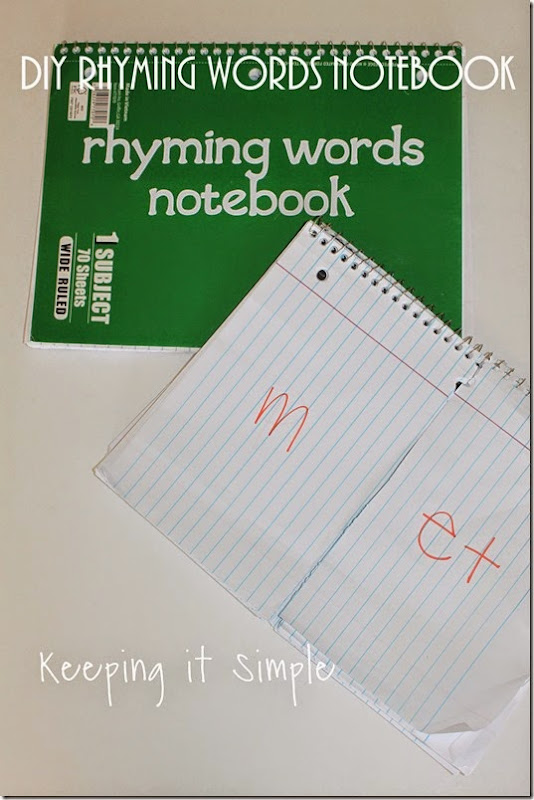 This notebook is so easy to make and you can make the words as hard or as easy as you would like.  I stuck with 3-4 letter words and pretty common endings.  All you need to is a notebook, any size will do.  Then you cut the papers down the middle. 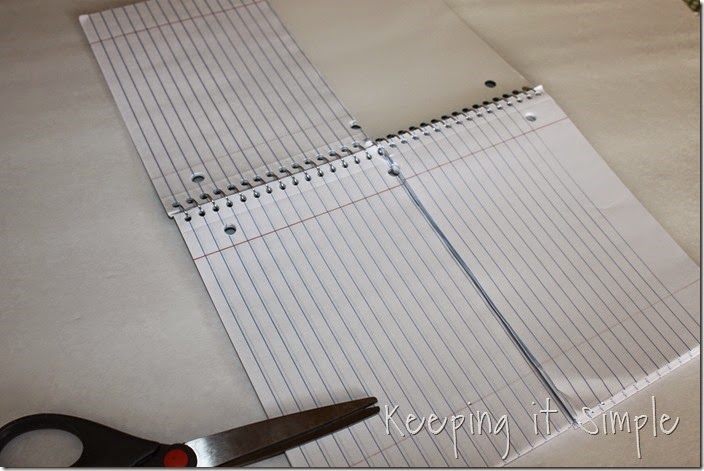 For each set of rhyming words, I used a different color of marker, so he knew when to turn the ending sounds. 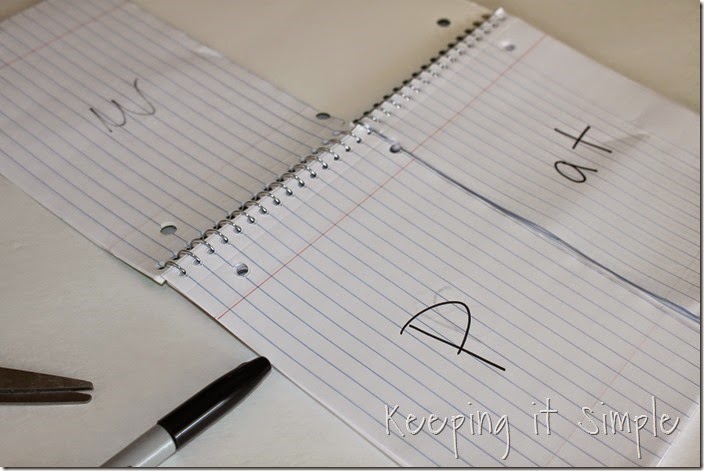 I went through the alphabet and wrote each letter that made a word with the ending letters.  The left side of the notebook will have a lot more pages than the right side. 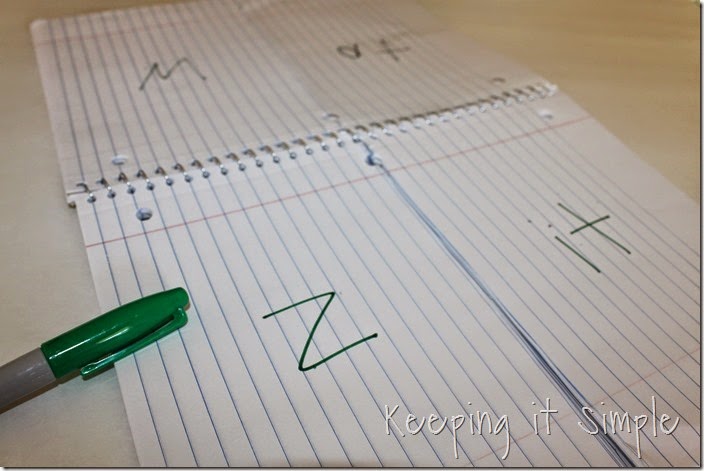 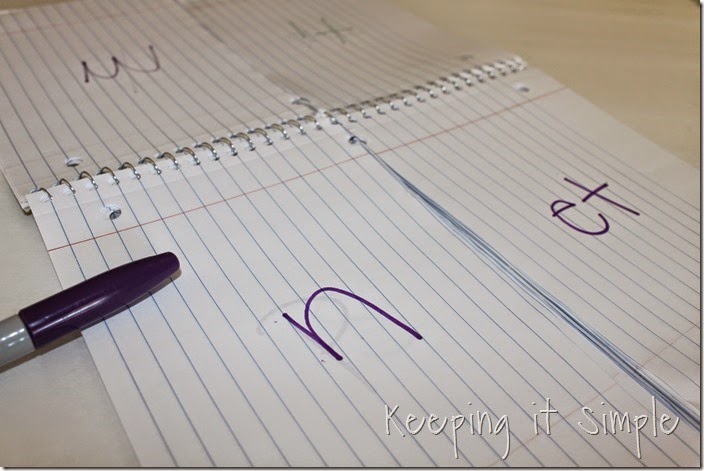 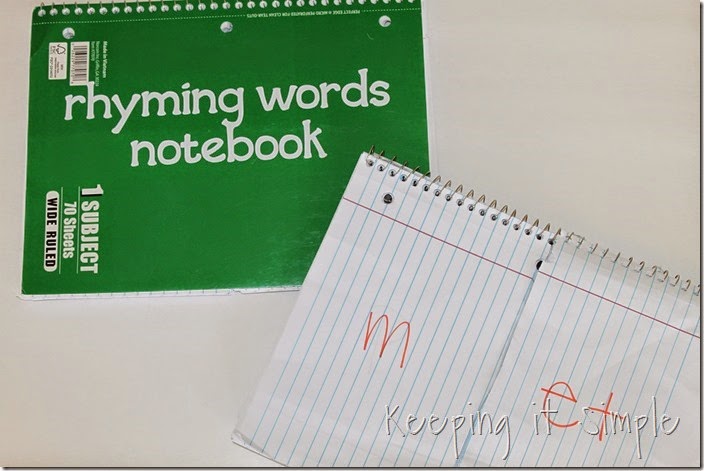 The first time that I made this for him, he was so excited that the very next morning he grabbed the notebook and read the whole thing by himself.  It was so fun to watch. 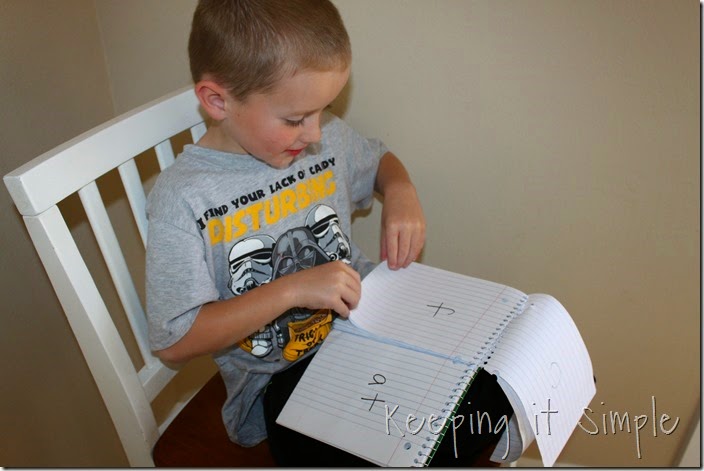 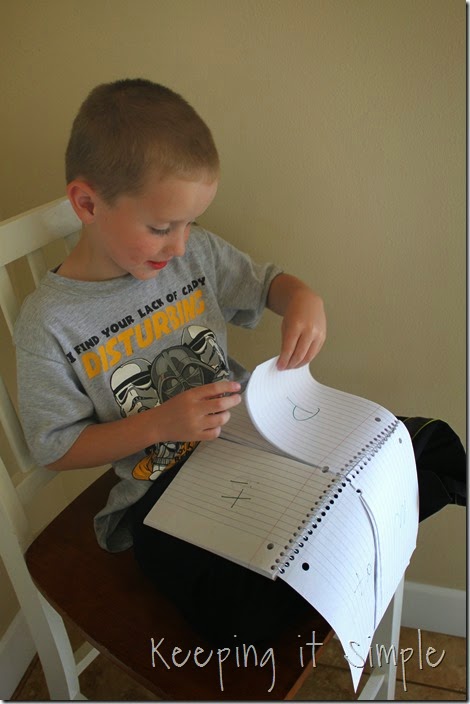 And here he is using it!  He does a good job.  One of things that he struggles with are the vowel sounds, as you see when he read the “an” sounds as a “on” sound.  We are still working on that :).  But as for rhyming, he’s a pro now!