A couple days ago I revealed that our theme for Halloween this year was Pokemon.  It actually took some convincing with me kids, some of them were super excited about it.  Two of them were not.  My second son wasn’t super excited, which really surprised me because he’s the one that is obsessed with Pokemon right now, well at least he was a month ago.  He changes his mind every week or so.  Anyways, I knew that if I was going to convince him to do Pokemon with us, I would have to let him pick any one that he wanted to be.  Of course he picked the very big and scary dragon Charizard!  I of course said okay and then I started to freak out because I had no clue how to make a dragon.  I seriously just winged it (pun intended) as I was making this costume.  It came together nicely and he LOVES it! 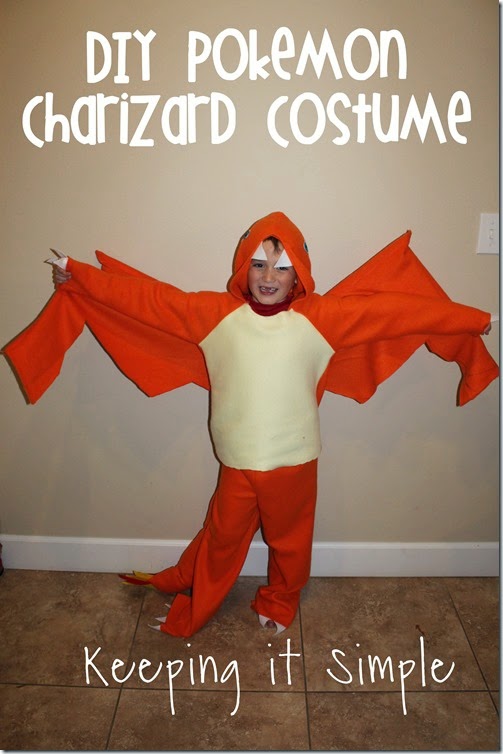 So here is the picture of Charizard.  Pretty awesome huh? 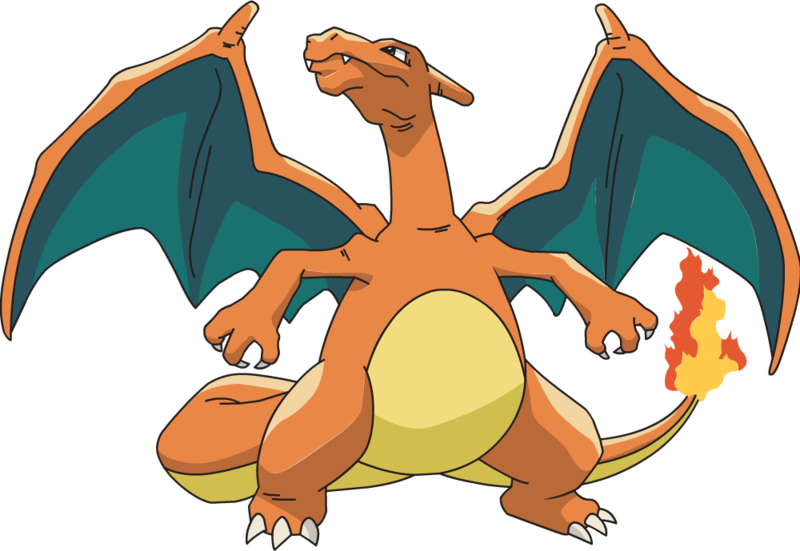 I did the shirt and the pants just like I did with the Squirtle costume, using a simple shirt and pants pattern.  That was a the easy part. 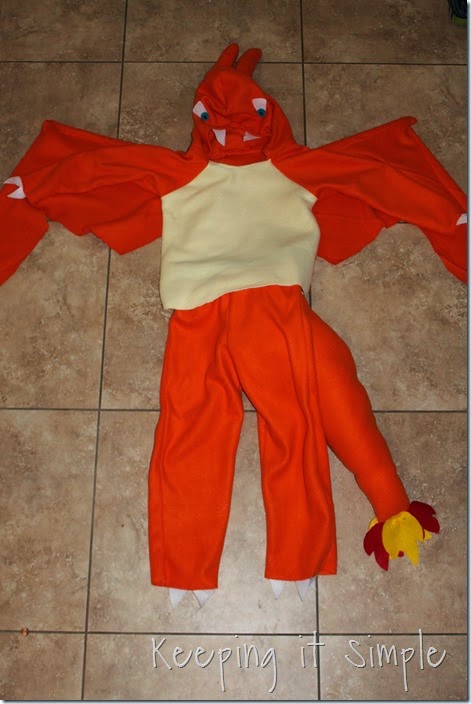 The trickiest part for me were the wings.  I didn’t want wings that were flabby, I wanted them to be big and had that point like Charizard has. 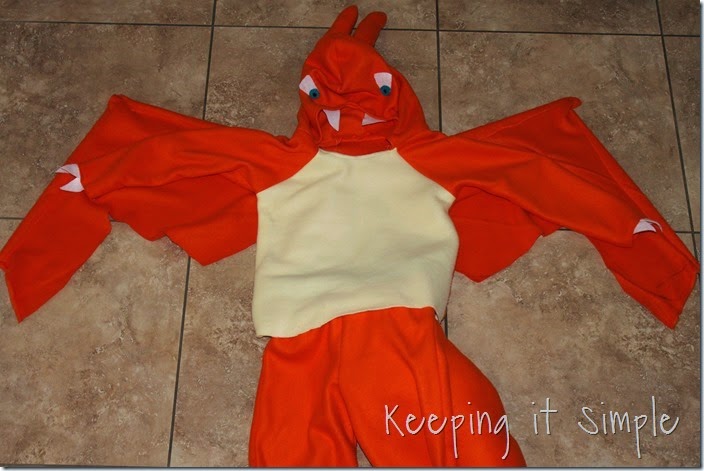 So what I did was I cut out the wings out of fleece. Then I folded over a piece about 1/2 inch and sewed it, making a little pocket.  Then I stuck a 3/8″ dowel into the wings.  That way they had more structure and got that point.  I then sewed the wings directly onto the the shirt.  Using a needle and thread, I sewed them onto the arms, in 2-3 places on each arm so when he puts out his arms, the wings go out.  Pretty awesome, huh? 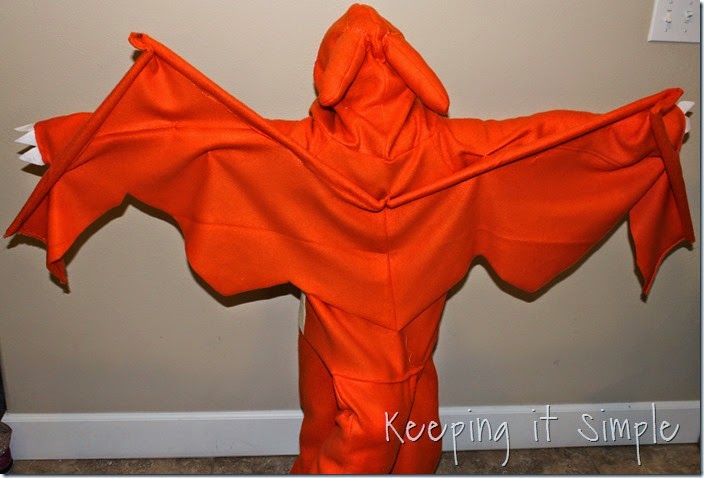 For the tail, I just sewed two pieces of fleece together and stuffed it with battling.  Then I sewed it on the inside of the shirt in the back.  Then out of felt, I cut out flames and sewed those on by hand.  Come Halloween, I plan on putting a little battery operated tea light to make the fire glow!  The claws are just white felt glued on. 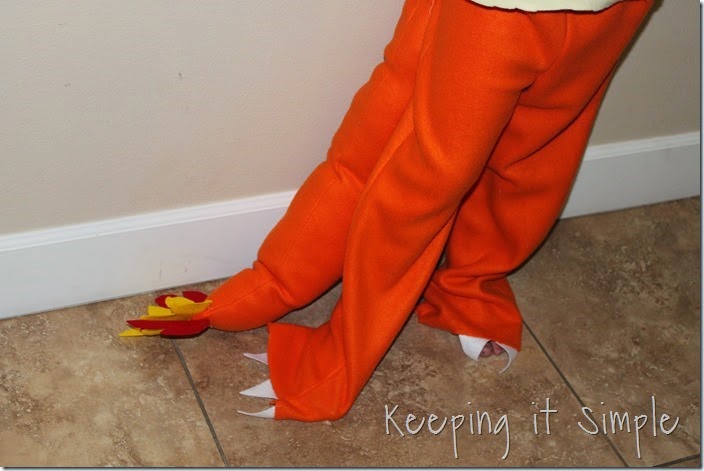 For the hood and face, I made eyes and teeth out of felt and glued those on.  For the horns/ear, I sewed to pieces together, filled with battling and then using a needle and thread sewed it on by hand. 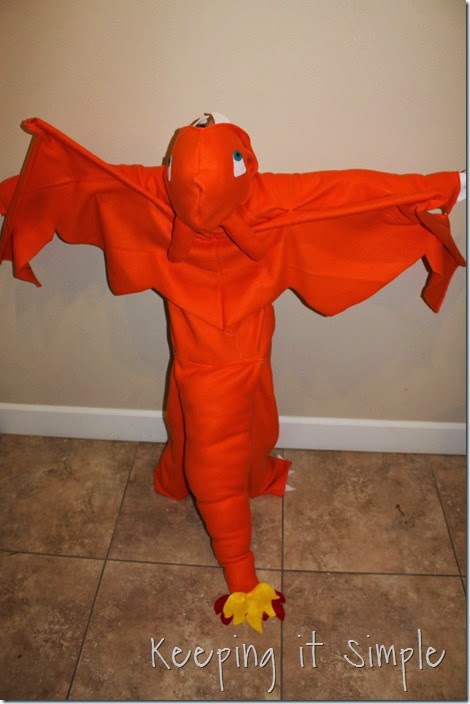 I love the side view of him, he looks so fierce!  He can’t wait to wear this costume out on Halloween! 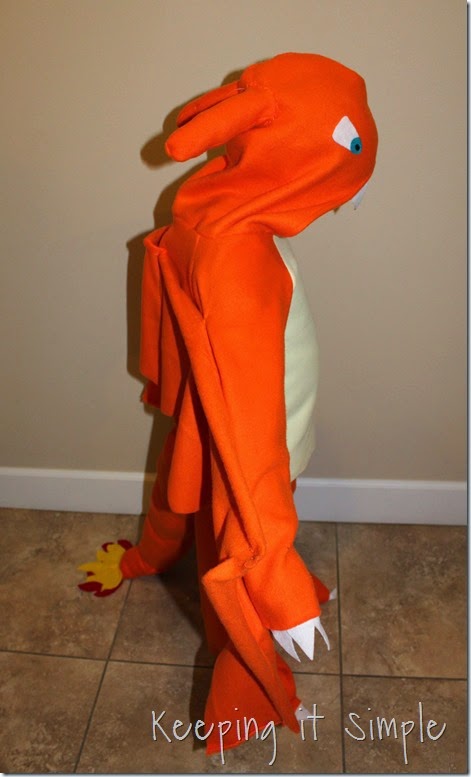 Check out the other Pokemon costumes I made too:
Treat bags 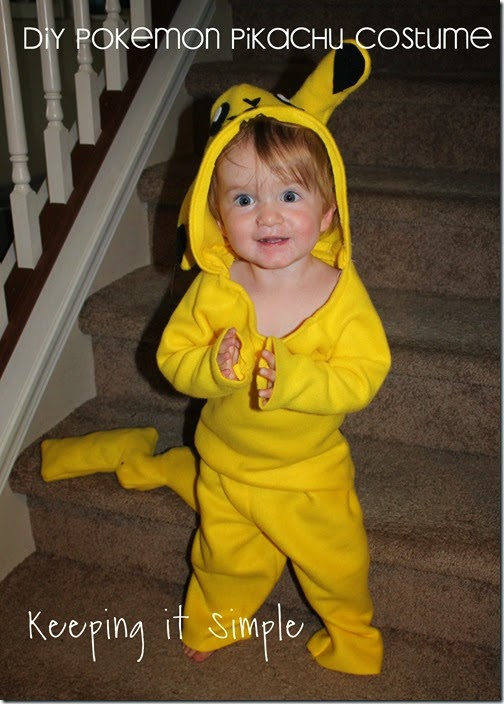 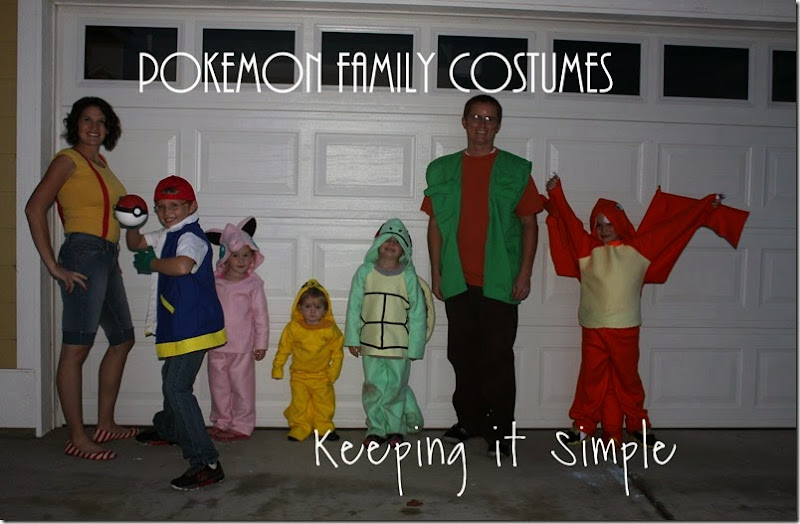