French toast is our go to meal right now.  We always have everything on hand, it’s easy, it’s yummy, it’s inexpensive and my family just loves it.  My 5 year old requests it almost every week for dinner and I don’t mind one bit.  I like to change up the syrups every once in awhile, just to get it a little bit of variety.  I usually put on a fruity syrup, but this time I used a cinnamon cream syrup and it was delicious! 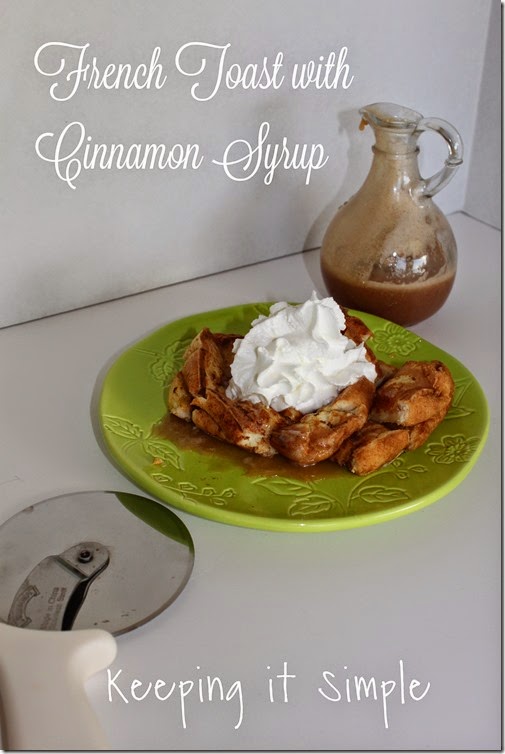 For the french toast, you will need:
1 loaf of bread (I use Texas Toast because it’s nice and thick)
5-6 eggs
1/3-1/2 cup milk
1/2-1 tsp vanilla
cinnamon (I sprinkle on a little bit every time I dip a piece of bread in)
All you do is mixed those altogether, dip both sides of your bread into it and then cook it until the bread is cooked (not moist or wet) on both sides.
For the cinnamon syrup, you will need:
1/2 cup corn syrup
1/4 cup water
1 cup sugar
3/4 tsp cinnamon
1/2 cup evaporated milk
Put all of the ingredients except the milk into a saucepan and then heat to a boil.  Boil for 2 minutes while constantly stirring. Then remove from the heat and let cool for 5 minutes.  After 5 minutes stir in milk and then let sit to cool. 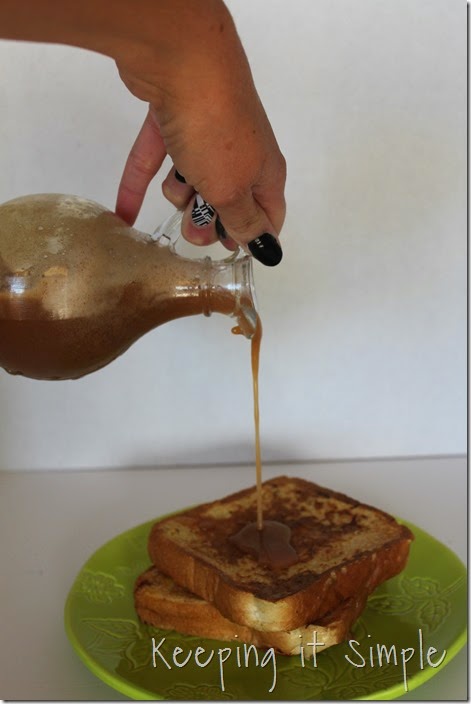 I added some whip cream to the top.  And it all was very delicious.  Want to know an awesome trick for french toast, pancakes and waffles.  Cut them up using a pizza cutter.  It’s AWESOME!  We can cut all of the kids’ french toast up in just a few minutes. 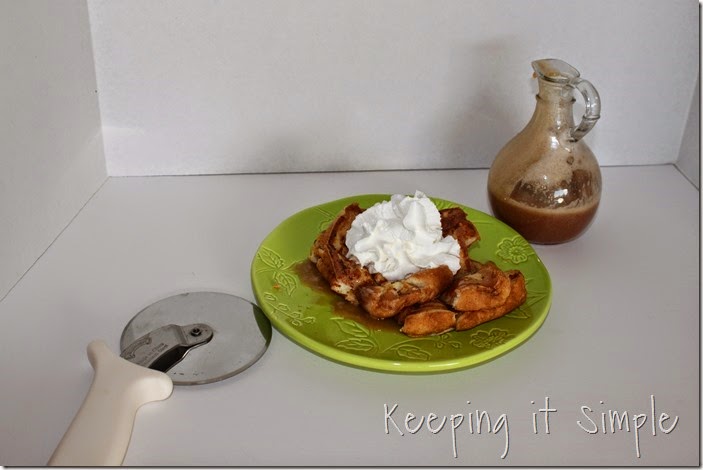