I was selected and compensated for this campaign through the SITS Girls.  All opinions are my own.
I love being a mom and a parent. But we all know that parenting has it’s ups and downs.  There are just things that we have to deal with and problems that we have to figure out and make it best for our kids.  One problem that I have had to deal with all of our kids is bed wetting.  I have hard sleepers and they have accidents at night, frequently.  So I had to put something on them every night.  As they got older, it got harder and harder for them to want to wear anything to bed that wasn’t regular underwear.   They would have a few dry days and I would let them wear regular underwear and then they would an accident.  It is a constant battle for us. It was something that we had to just deal with.  We would let our boys go to sleep at night with their real underwear on and then I would put training pants on them when they were sleeping.  Had we had  GoodNites* TRU-FIT* a lot of our problems would have been solved.

We now we are having the same problems with my daughter.  She wants to wear real underwear to bed but she has accidents when she does.  Lately she has been having accidents and then changing her underwear in the middle of the night without telling us and then goes back to sleep.  Her room is really starting to smell.  We needed a better solution so I got her some GoodNites* TRU-FIT* underwear. 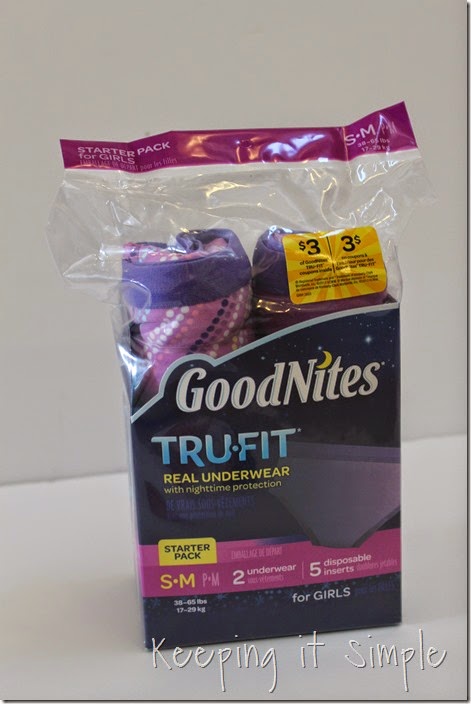 I got the starter kit at Target.  There is a $2 coupon that comes with the pack.  They come in both boys and girls in sizes S-M and M-L.  Both come with real underwear with fun designs and the underwear is machine washable. 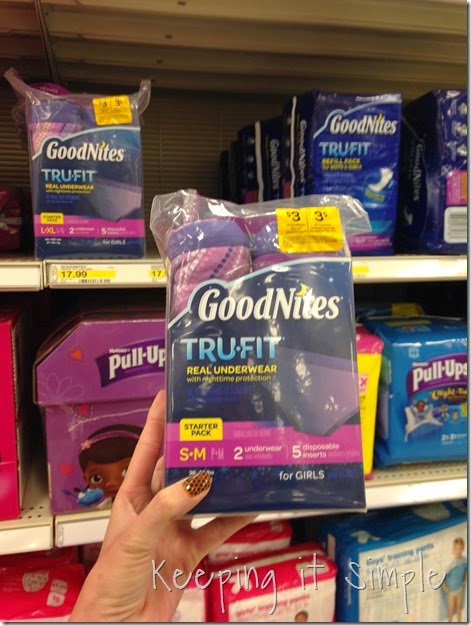 This is what comes in the starter kit- two pairs of real underwear and disposable absorbent inserts. 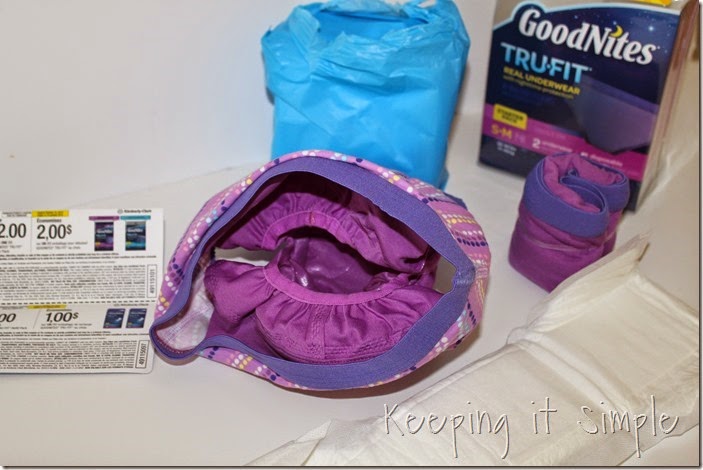 All you do is put the insert into the underwear and they are good to go! 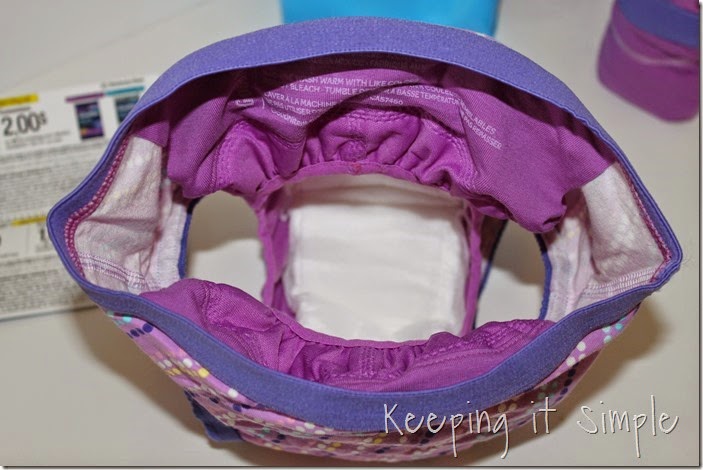 My little girl was so excited about wearing these.  She was excited that they were purple, her favorite color and had a fun design.  She was also excited to see that they were underwear and not a diaper.  They fit her really well and seemed to be very comfy for her.  The underwear did their job in the night.  She woke up and her bed was dry, even though the insert wasn’t.  It was really nice that she could go to the bathroom and just throw away the insert herself. 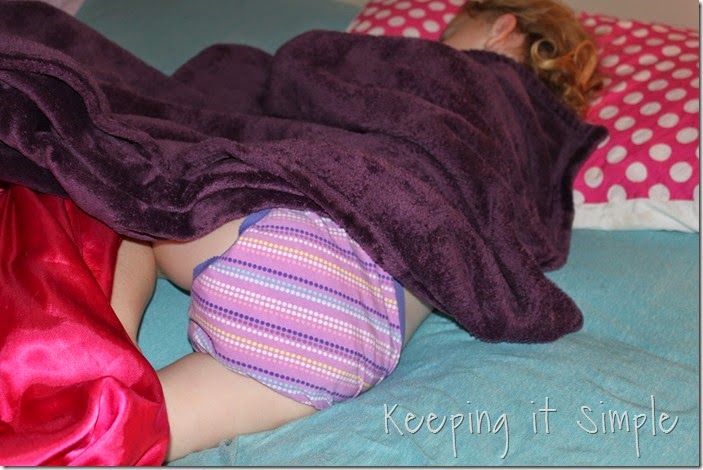 Bed wetting is a pretty common thing with kids. Every 1 in 6 kids struggles with it.  I know that because of it, some kids have a hard time sleeping over at other people’s houses and they miss out on those fun activities.  When we send our kids to grandma’s house, they are embarrassed about it.  I think with these TRU-FIT* it will make it easier on my kids because these do not look like a diaper at all.  By looking at the picture with my daughter, you couldn’t tell that she was wearing underwear with an insert in it.
I love when companies think about us and our families, I feel like GoodNites® has thought about our kids and their needs.  I really think that these are awesome and a really cool prodcut! If you have a bed wetter in your house, you should head to Target and try these out.  I was very impressed.   If you would like to learn more or chat about GoodNights* TRU-FIT* you should join the #TruFitTarget Twitter party on Wednesday, November 19 at 8-9:00am (PST).
This is a sponsored post written by me on behalf of GoodNites* TRU-FIT*.
« Awesome Poster Birthday Cards for Kids #KidsCards
Halloween 2014- Pokemon Family Costumes »