Good Morning everyone – First off I want to thank Kaysi for allowing me to be a guest host – ( Kaysi, you’re simply the best!  ) My name is Suzan and I blog over at Simply Vintageous – welcome to my wacky world!
This is my first time guest hosting and I’m in a bit of a panic here – because as usual with everything I do I wasn’t quite finished my project – and I’ve been flying around like a chicken with its head cut off literally to get this post completed in time – BUT I did it!!! In the knick of time  – by the sweat of my brow – but I did it none the less, lol
My makeover is a simple one really – I knew I wanted to create a nautical themed something or other – so
when I found this table I decided this would be the perfect item to try it on.

I know, I know the top does not look like it matches the bottom, right?  It looks like it should have a round top on  it – when I turned it around to see if it had been added throughout the years, I discovered this 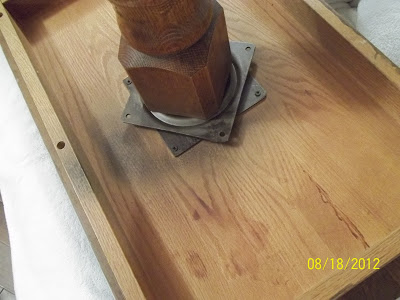 it’s on a pivot –
if you are of a “certain ” ahem, AGE – you’ll remember these were fancy schmancy t.v. stands – all the rage in the 70’s – ( and you thought it was just Farrah Fawcett hair and bell bottoms, right? ) I actually had one of these – and I think mine was plastic……………..do they make plastic furniture anymore?
Ok – on with the post –

I painted the top Graphite – and the bottom pure white – I was going for a crisp look here – nothing distressed at all so this was really easy peasy. 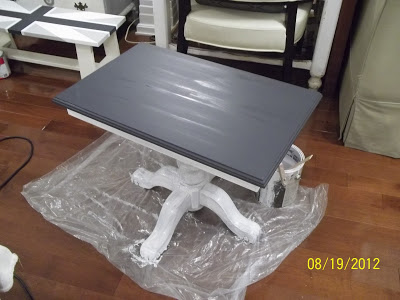 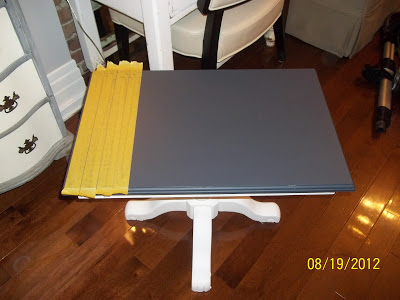 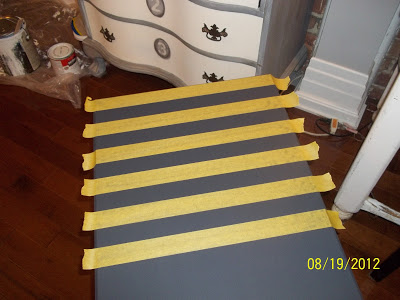 I then painted the gaps in pure white……………..
Until I had my nautical end table 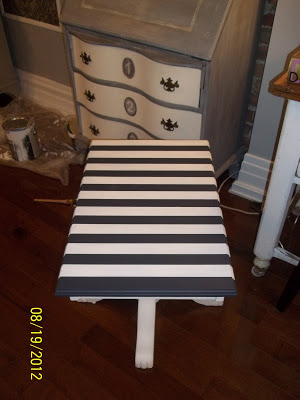 Ok – so time to decorate the table – for the 99.9999 percent of you who have no idea who I am – a couple of times a week I include conversations that go on in this house over blogging issues – and true to form this post caused another bizarre conversaton – here goes

Sigh – wait a minute what’s this 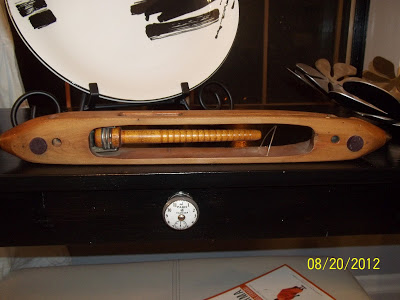 AND HE ACTUALLY TAKES IT INTO THE BEDROOM WITH HIM, lol

Ok – now I start roaming around the house looking for something to stage the table with ( does anyone else do this? ) 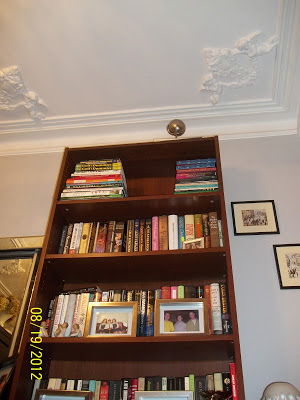 I live in a Victoria Flat with very high ceilings – perched at the very top of this bookshelf was a horse ornament and I decided that is what I would have to use ( since HE wouldn’t let me use the boat  shuttle.
So I gingerly climbed up on a stool – and jumped on to the back of the chair and stood on my tip toes and grabbed the horse and promptly started to fall – taking down a ton of books as I landed on the chair –
picture frames crashed to the ground – the stool went flying – chaos – in the middle of the night, 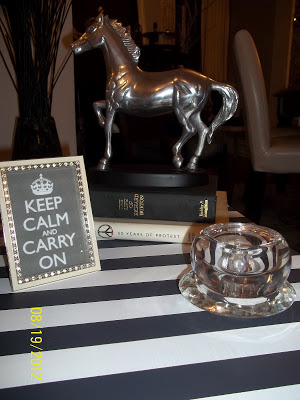 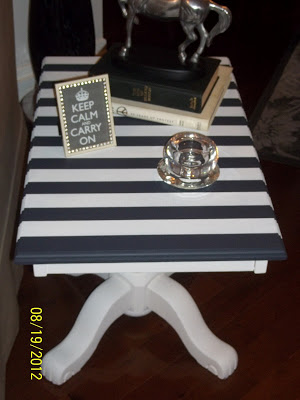 I had to creep into the bedroom for one last question

Suzan whispers – John are you asleep yet?
John says – WHY?
Suzan says – I need to know what a shuttle is – so I can explain that on the post
John says – it’s for weaving fabric – GOOD GOD – pls leave me alone…………………