My third son has had speech problems his whole life.  When he was 2 and was barely talking, we knew that something was wrong so we got him into some programs and he’s been in speech ever since.  Well now that he is in kindergarten, because of his speech, he’s having a hard time with reading, especially his sight words.
When I was a kid I struggled with reading too, I have very similar problems that I see in him, like not being able to read here or were or where.  Or reading things backwards or messing up b or d.  Or just adding a random letter in to word (of the longest time I said both with an l before the th).  It been something that I have struggled with my whole life and when I saw that he had the same problems, I didn’t want to see him struggle too.
It broke my heart the first time his teacher told us he was in the  below reading level group.  So I decided to work with him at home more and there has been a huge improvement in his reading!!  One thing that is nice about him having similar problems as me is that I know how I learn, so I can teach him the way it works for me.  One way I learn and remember things is by writing them down.  If I write them down, then I have a better time remember what the word was.  Since sight words are words you can’t sound out, it’s a great way to memorize them.  So I made some laminated sheets for him to practice his words on.  I used a font that is geared towards dyslexia (because  we both have a few of those tendencies) and the words are weighted towards the bottom of the letters to help read them. 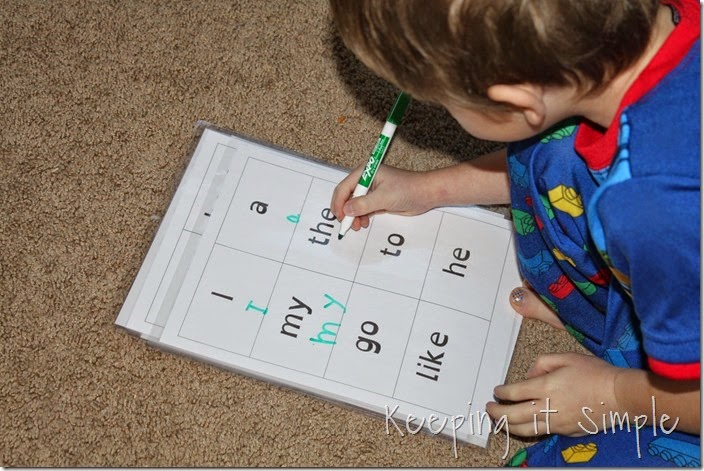 I made the free printable with all the sight words that his teacher sent home for him to work on.  Then I laminated them. 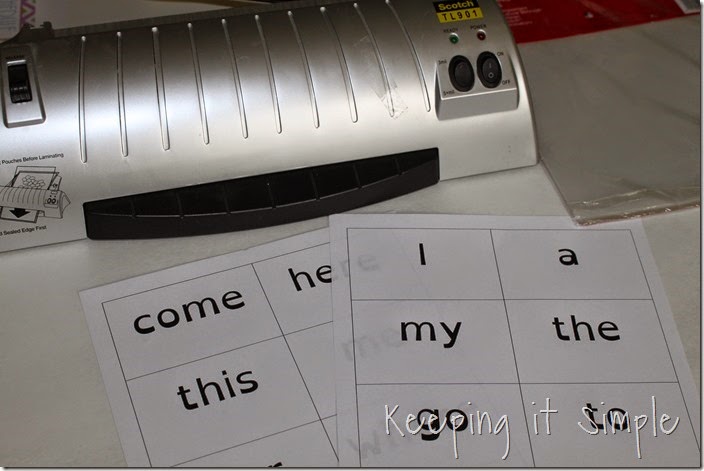 I then let him write the words with a dry erase marker.  First I would have him read the words and then I had him write them.  It was a great exercise for him and I’m happy to say that he knows all of his sight words now! 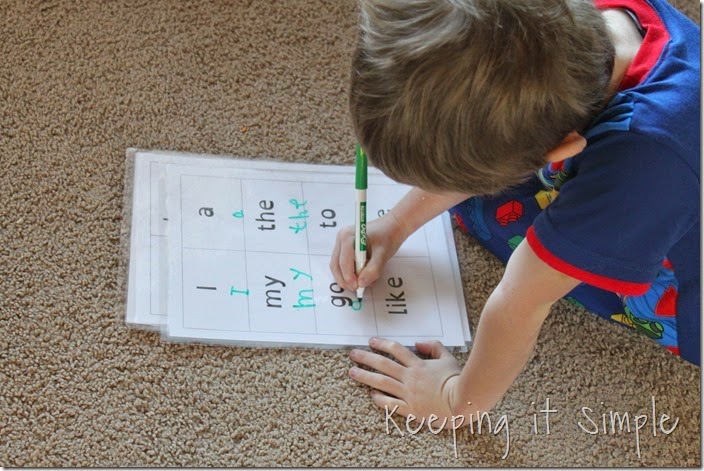