This post has been compensated for by Rice Krispies Treats®.  All opinions are 100% my own.

When I was growing up, my older brother was in baseball for many years.  I remember spending countless hours at the ball parks with him, running around, exploring and just having fun!  I also remember having home fun derbies in our front year all the time with him.  It was so great.  I have fond memories of those days and of baseball.  Now that my kids are older they are in baseball.  My 3 oldest boys are all in it right now and it’s been really fun to watch them learn to play and interact with the kids.  My husband is also the coach for one of my son’s teams, so I thought that it would be so much fun to make up a fun treat from them for after practice.  Using Kellogg’s® Rice Krispies Treats® I made some fun baseballs for the kids.  They were a BIG HIT (pun intended) and  the kids loved them! 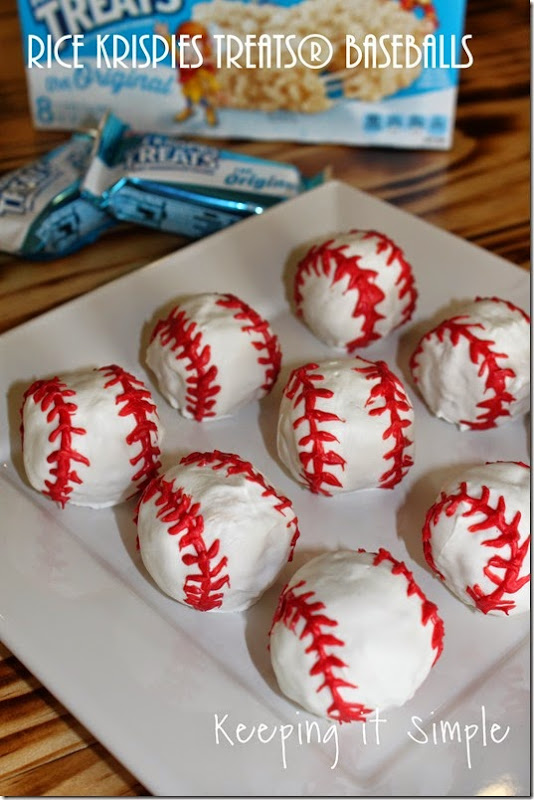 I got a couple of packages of the Rice Krispies Treats® and then some white and red candy melts. 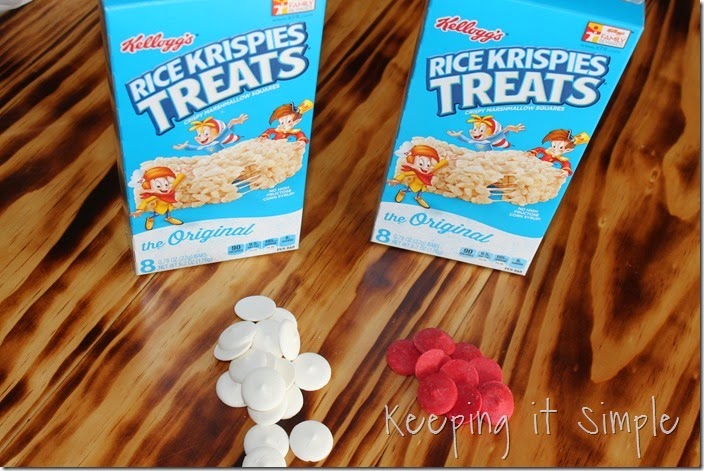 These were really fun and easy to make.  First I took the Rice Krispies Treats® out of the package and then smashed them up into a ball. 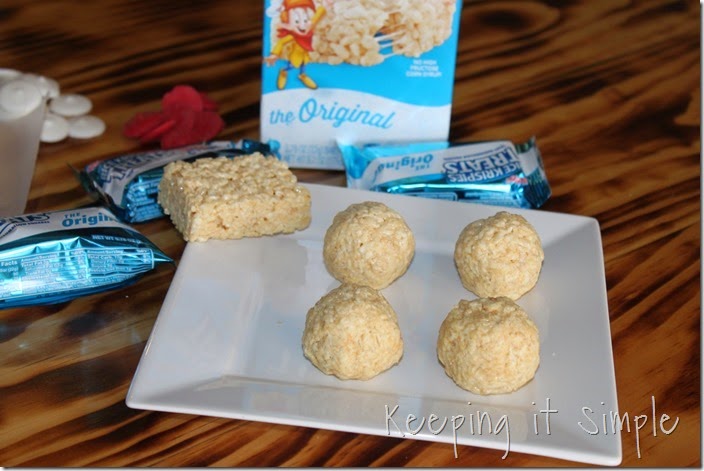 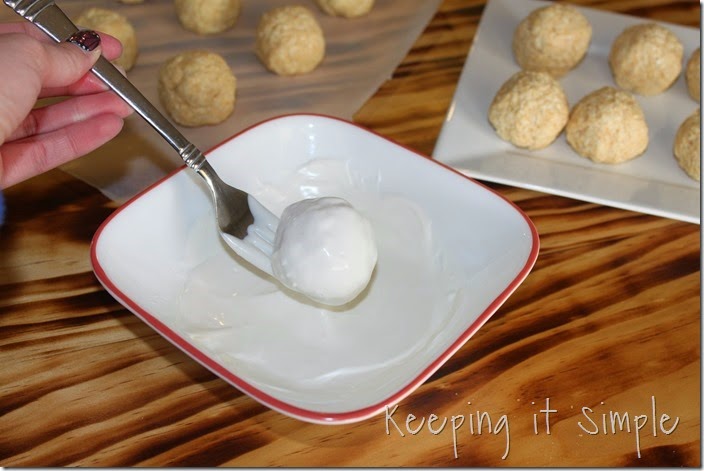 Here they are all covered in white.  Let them cool completely before putting on the laces. 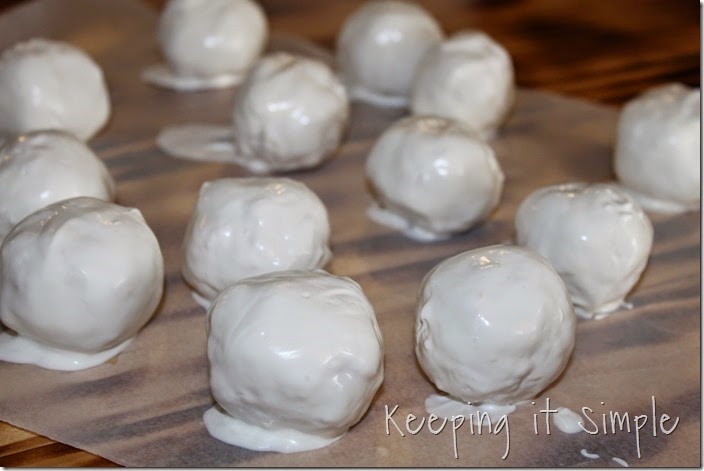 For the laces I used the red candy melts (melted the same way as the white ones) and then I drew on the laces with a tooth pick.  I attempted to use a sandwich bag with a little hole but I wanted them to have a little more detail and tooth pick worked the best for me. 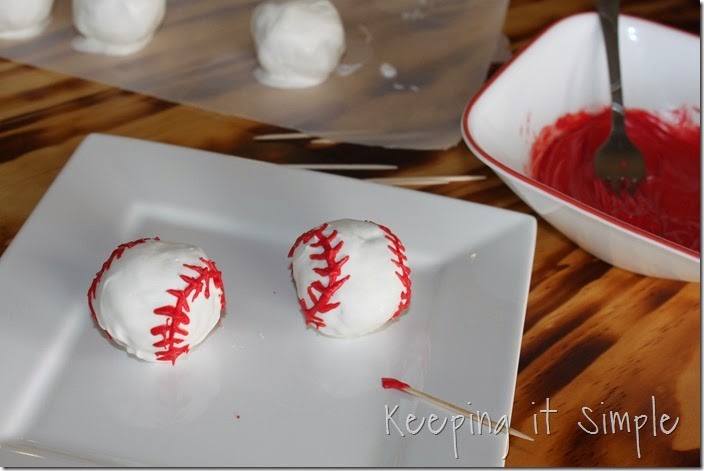 And that’s it! Aren’t they so much fun? 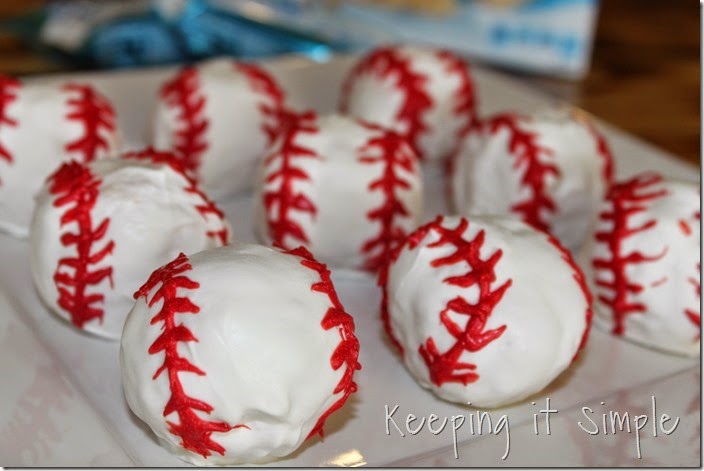 They tasted amazing!  I knew that they would because I love Rice Krispies Treats®! 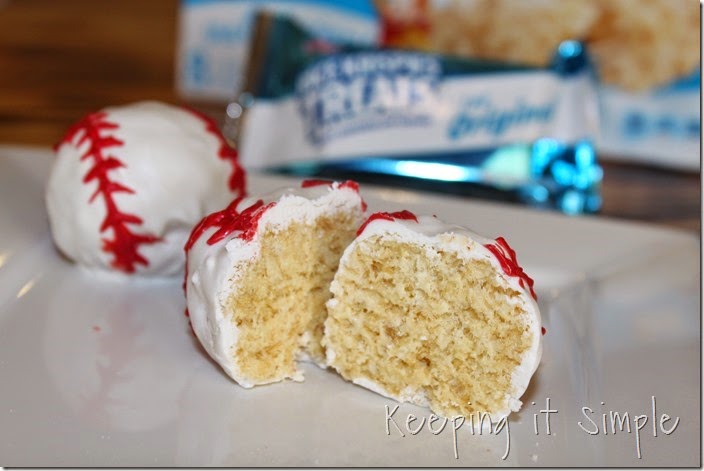 You could also put the baseball onto a stick or a straw.  Perfect for a party! 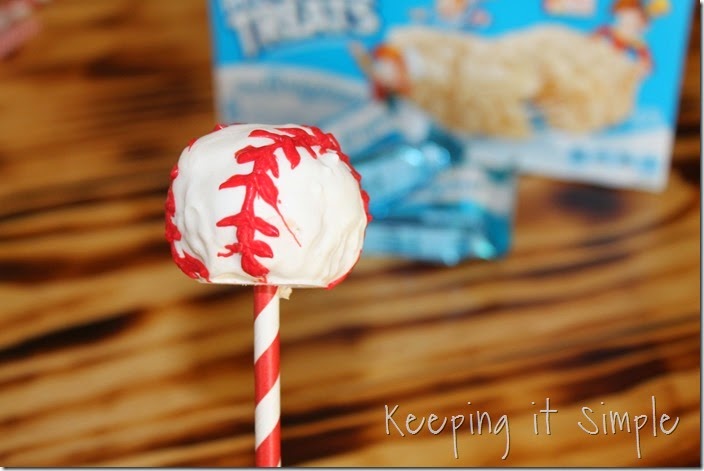 If the laces seem like a bit much, just take an edible red pen and draw the laces on.  Either way, they look super cute and they will still taste awesome! 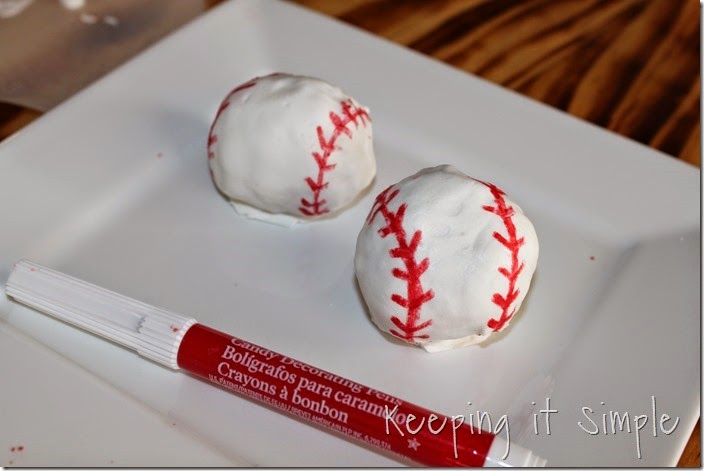 I brought the baseballs to baseball practice one day and the kids really enjoyed them! 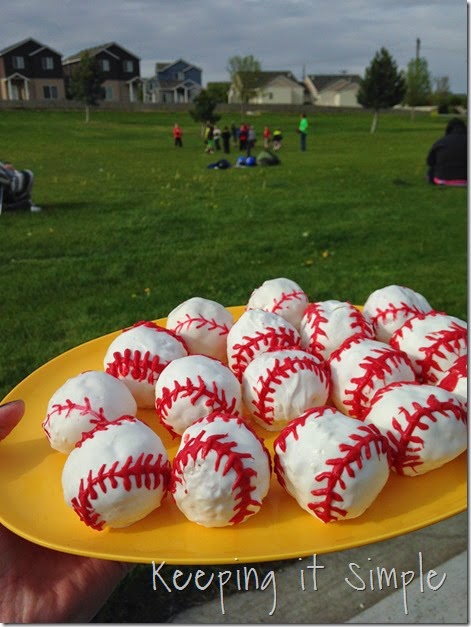 Right now Kellogg’s® Rice Krispies Treats®, Major League Baseball® and Cal Ripken, Jr. have all teamed up to help families unlock the fun of baseball this baseball season.  Specially marked packages of Rice Krispies Treats® have a promotional code on them that you can enter at KFR.com/CatchWithCal for a chance to play catch with Cal.  One lucky winner will get to play catch with Cal.   You can enter the promotional codes until July 1, 2015.  Plus until April 30, 2015 you can get another chance at hanging out with Cal during All-Star week.  All you have to do is submit a photo of you and your family enjoying Rice Krispies Treats® and use the hashtag #GetKreativeSweeps.  But hurry because it ends tomorrow!

If you don’t win, don’t worry because you can still get inspiration for family fun with Rice Krispies Treats® at www.KelloggsFamilyRewards.com. There are lots of great ideas, like these baseballs, to #GetKreative and have fun family time during this baseball season!

This is a sponsored post written by me on behalf of Kellogg’s® Rice Krispies Treats®.