I am a member of the Collective Bias®  Social Fabric® Community.  This shop has been compensated as part of a social shopper insights study for Collective Bias and their client.
Who says that playing dress up and costumes are just for Halloween?  My kids are constantly getting into our costume box and playing in them.  It’s a great way for them to use their creativity and play pretend and I love it when they do!  Having more boys than girls, it seems like we are always playing superheroes.  It’s just fine with me, I love superheroes :).  I thought that it would be fun to make them a fun obstacle course in our backyard so they could defeat some villains.  They seemed to have fun too! 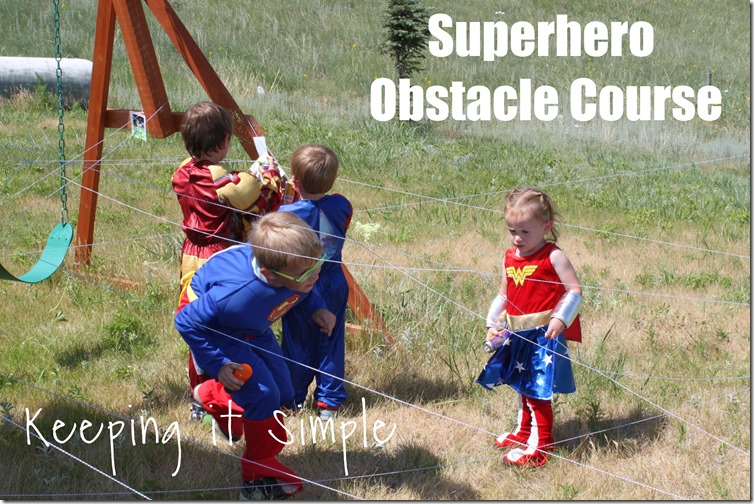 I got the awesome superhero costumes at Costume Express.  They had a huge variety of costumes.  I just looked into the superhero ones because I knew that’s what my kids would enjoy.  They had basic ones and then they had some that glow and are much more elaborate.  You can get 15% off your first order if you sign up for their emails and get free shipping orders over $75.  Check out my Google+ ablum to see my whole shopping process. 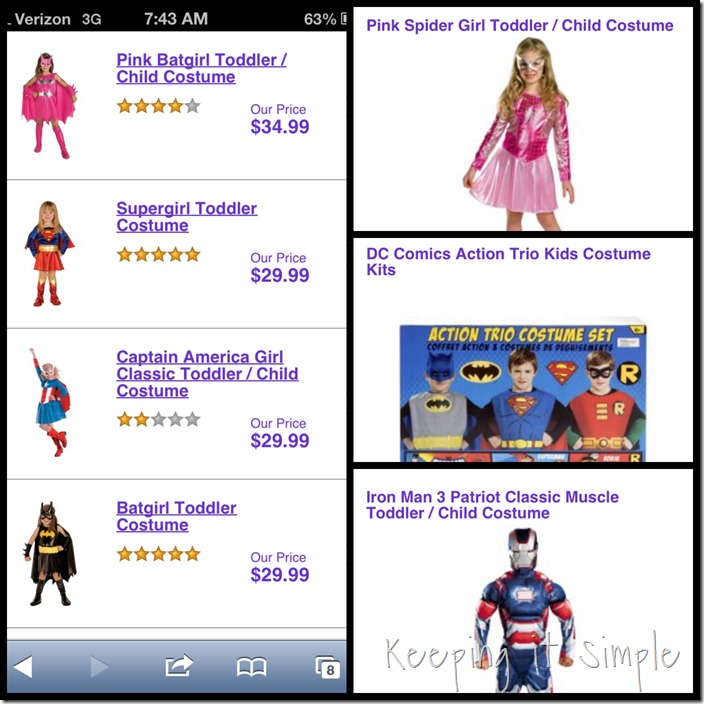 In the summer time, my kids get a little too much screen time.  Sometimes they just need to #UnPlug2Play and get some energy out. This was a great way to do it.
Here they are in their costumes.  I bought the all of them from Costume Express except the Superman one, I already had that one on hand. 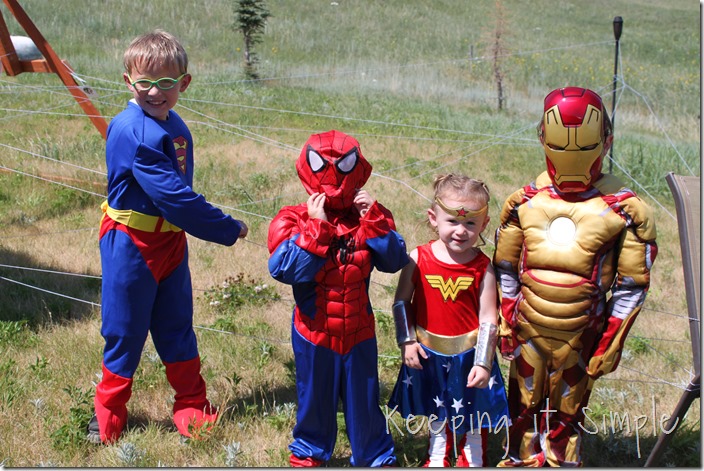 I made three different things that the kids had to do to defeat their villains.
First up was a spiderweb that they had to follow around to find the villains and then shoot them with silly string.  They were supposed to follow the string as it wrapped around everything but Spiderman decided that he just wanted to shoot the villains instead. 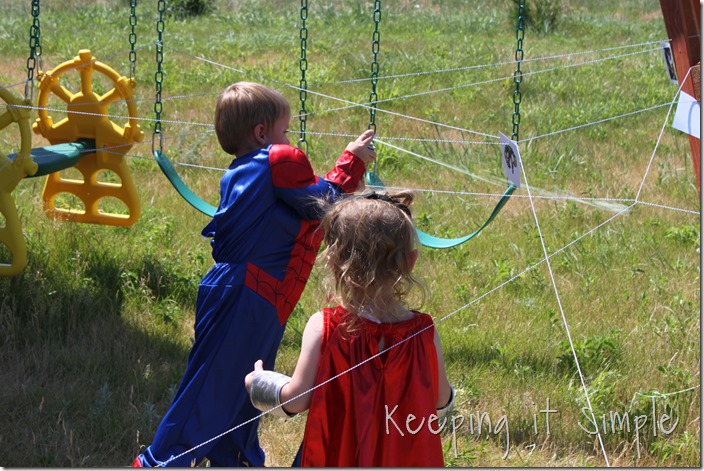 Iron Man had to defeat his villain with glow sticks.  Since Iron Man shoots light out of his hands, this Iron Man threw lights from his hands :).  He had to get the glow stick in the box to defeat him.  He did a mighty fine job too! 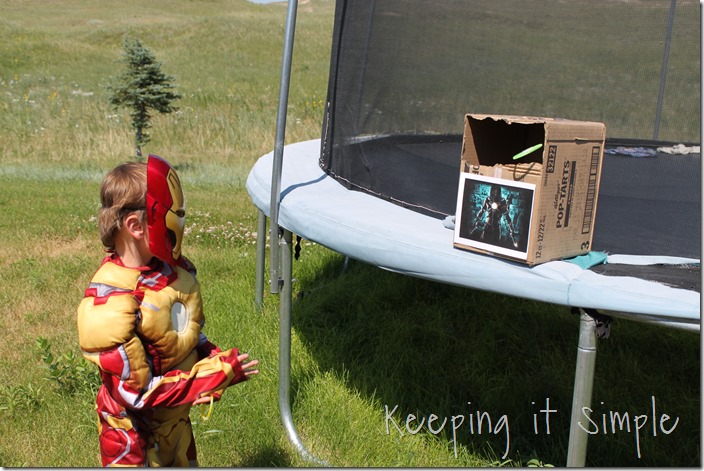 The other superheroes had to try it out too. 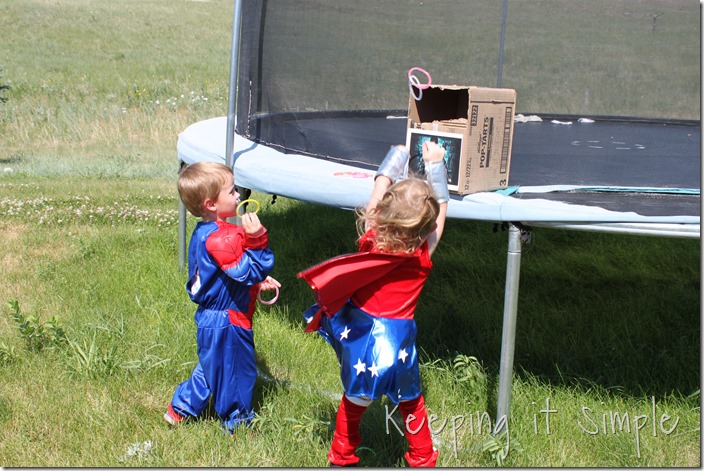 The last obstacle was for Wonder Women.  She had to put out the fire that her enemy had. 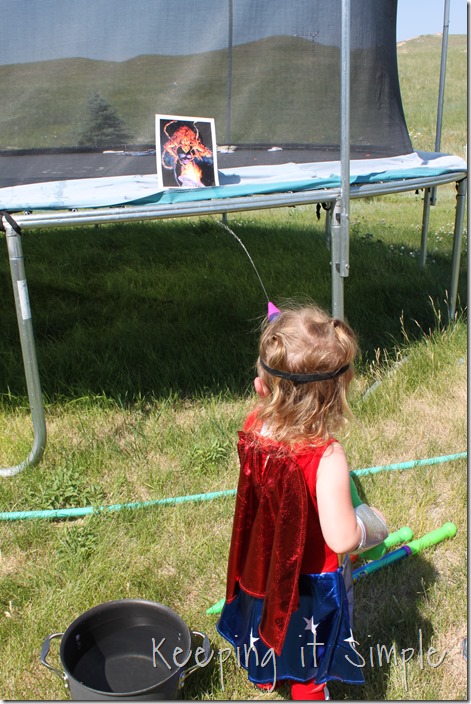 It took a lot of water to get it out and more superheroes to do it but eventually she was soaked the fire was out. 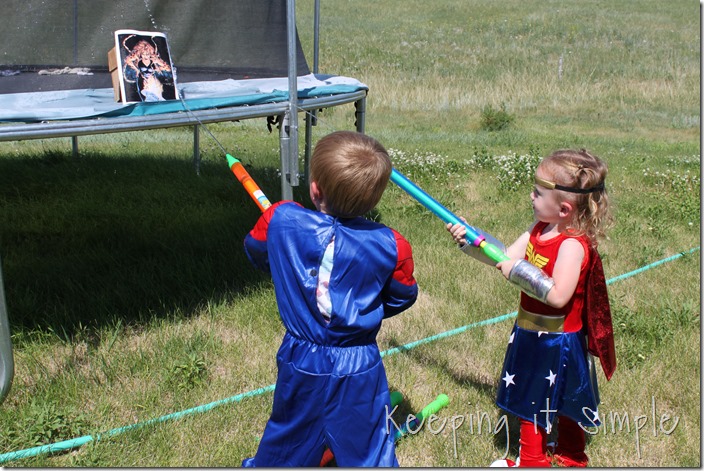 My kids had so much fun doing this an it was nice to get them out of the house and doing something rather than playing video games, #UnPlug2Play.  Of course it ended with a water fight and silly string fight but they all had a lot of fun.
You should whip out your kids’ costumes and let them play dress up and let through creativity flow or maybe even make them a obstacle course so they can defeat their own villains.
I would love it if you followed along.