Valentine’s Day is fast approaching!  All the other blogs seem to be on top of everything and have already posted Valentines.  Remember when I said that my kids were on the mend?  Well I was wrong!!  My baby had to go to the doctor’s three days in a row over the weekend because her eye was infected and so swollen she could barely opened it.  Plus her ear infection was still there.  So I am finally getting to Valentines.  This whole week is going to be about Valentine’s Day because I’m a procrastinator…
It’s always hard to come up with a great idea that will work for boys.  I’ve seen these superhero suckers on Pinterest and I knew that they would be prefect for my boys!! 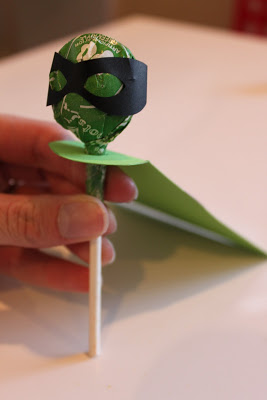 This is how I made them:
1) I printed a saying onto some cardstock.  I just put “Have a SUPER day!” but you could get more creative.  Like, “I’m BATy for you.” I was just too lazy and tired to think… 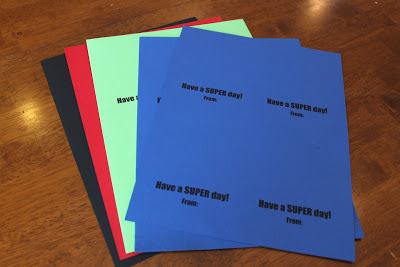 2) Next I traced and cut out the shape of the cape. 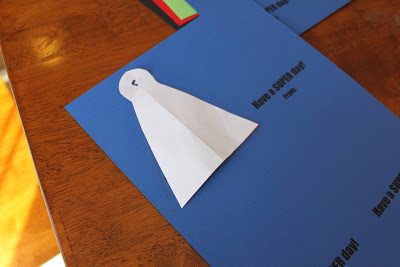 3) Have you heard of DaFont?  They have awesome fonts AND clipart.  I got the DC Comic one and then used my CAMEO to cut the images.  I used my Expressions Vinyl instead of paper because it’s so much easier! 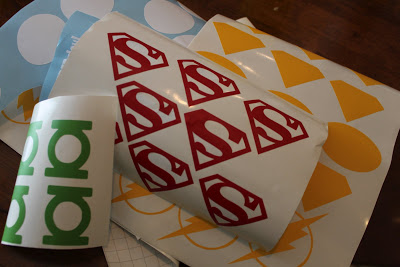 4) I put all of the vinyl onto the little capes. 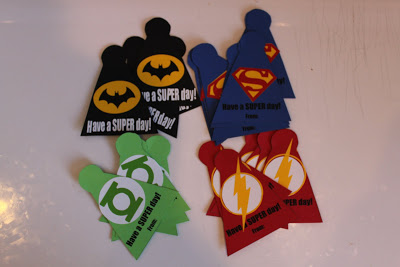 5) I punched a hole into the cape.  I wrapped the bottom of the sucker with tape and then put the cape on. 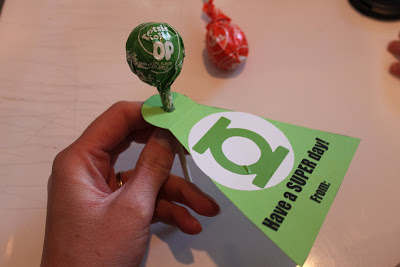 6) I put little masks on the suckers. 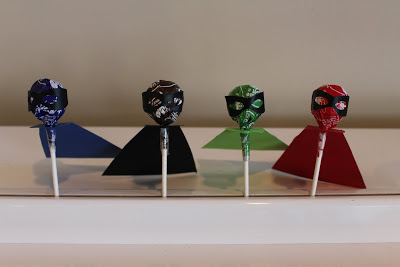 And just like that, my boys have some awesome Valentines to give out to their classmates! 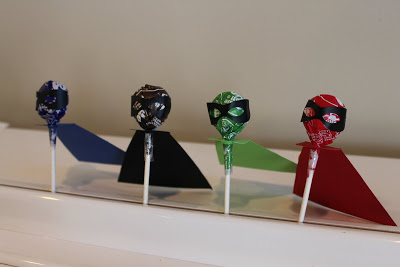 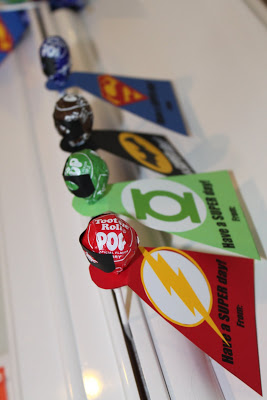