At the very end of January we had an angry birds party for this little guy: 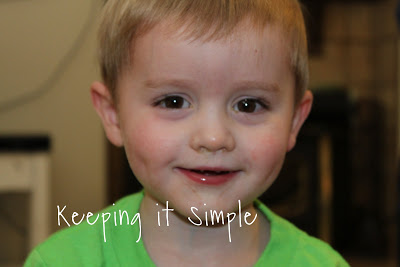 It was a very low key birthday.  We still don’t know many people here, so we just invited the cousins and played a few games.  The boys seemed to enjoy themselves though and everything turned out as planned, so this party was a success!!
The first game we play was the angry bird can game 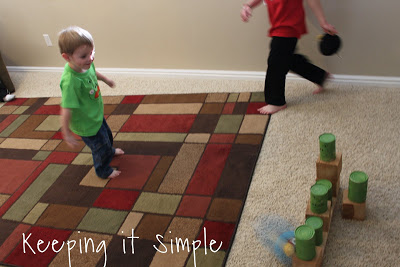 The game was a hit and all the kids loved playing it.  The best part, the older kids would set it up so I just got to sit back and watch the action 🙂 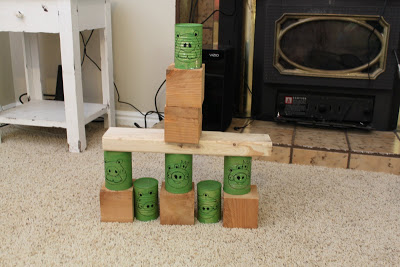 Next we played another game with angry bird pom poms and sling shots. 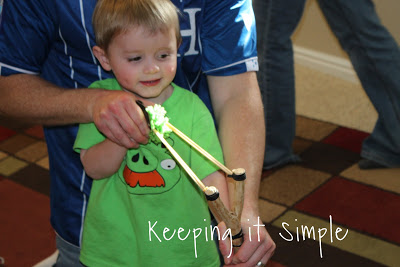 The boys took turns shooting their birds at a pyramid of plastic cups. 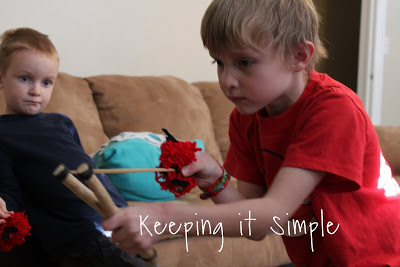 What’s a birthday party, without a fun craft?  Everyone got to make a paper angry bird or pig. 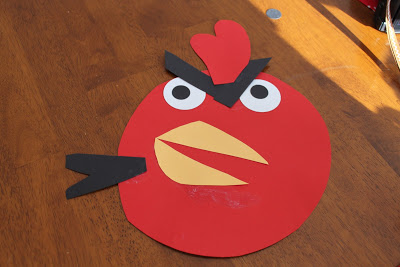 And lastly, the boys got their very own angry bird mask and got to run around pretending to play Angry Birds! 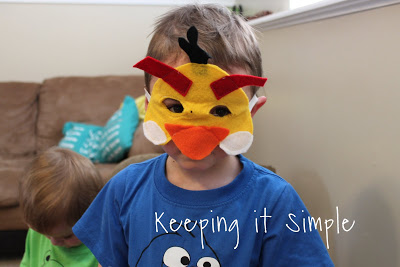 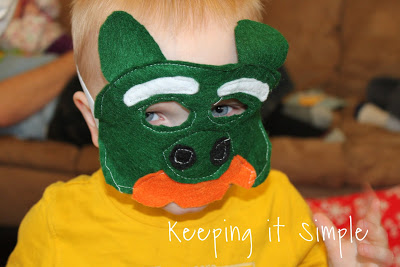 Once the boys were done playing, it was time for cake and ice cream.
Here is the cupcakes that I made for the party.  I just used an angry bird game we had for the pieces.  The front cupcakes were supposed to look like grass….. I need to invest in some cake decorating equipment. 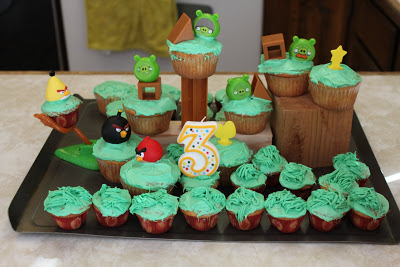 There were 8 kids eating the cupcakes.  I thought that we were going to have leftovers, but those kids ate most all of them!  That’s what happens when you leave 8 kids alone with cupcakes 🙂 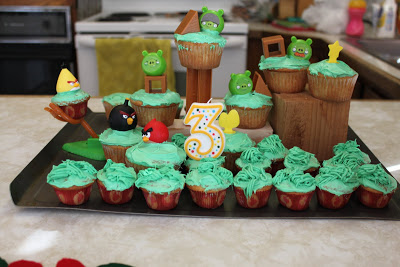 And finally, the kids left with this party favor. 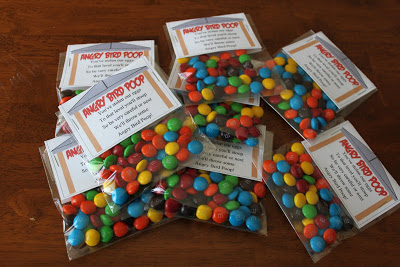 I got the printable here. 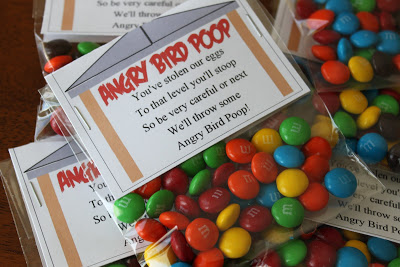 To see the tutorials of the games, just click on the links 🙂