Fall and winter is birthday season at our house!!  It’s pretty crazy!  We have 2 in November, then 1 in January, February and March and finally the last one is in April (that’s not including my husband’s in June, he doesn’t get a party, so I don’t worry about him :D).
My second son turned 8 in November and I’m now finally getting to blogging about it.  My son loves to create.  He’s our artist and crafty type, so I want to come up with a fun party that he could create something but with a bunch of kids you can’t just create things and call it good.  You have to do something with it.  So I thought it would be such a fun party to have the kids create their own paper airplanes and helicopters and then have a fun competition with them.  Plus for the food, we would serve food like you get on an airplane.  Little sodas and waters, peanuts, pretzels and other fun treats! 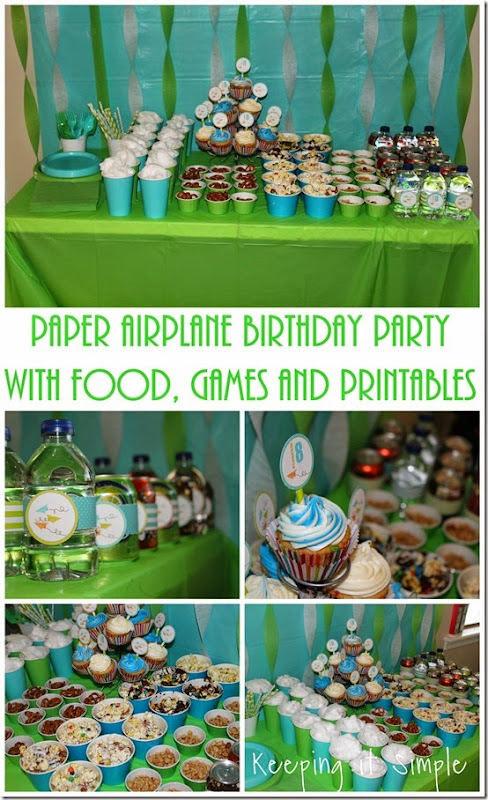 Here was the display for the food.  I made some giant paper airplanes out of poster board. 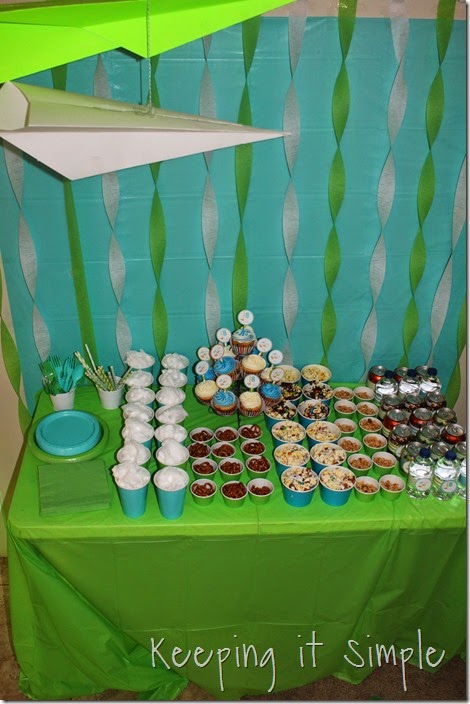 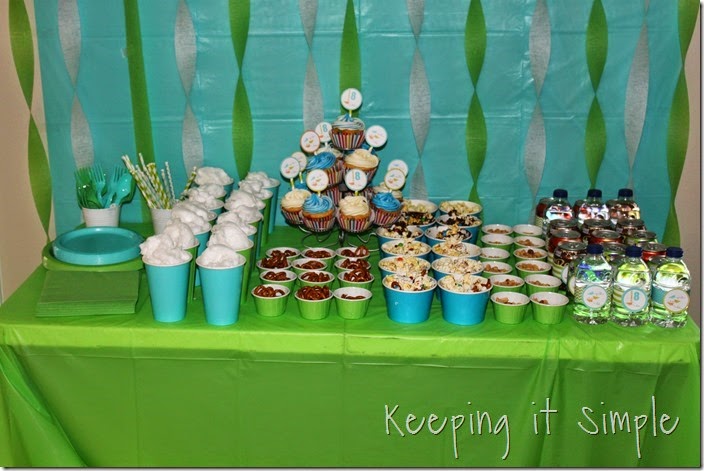 I made some fun printables for the drinks. 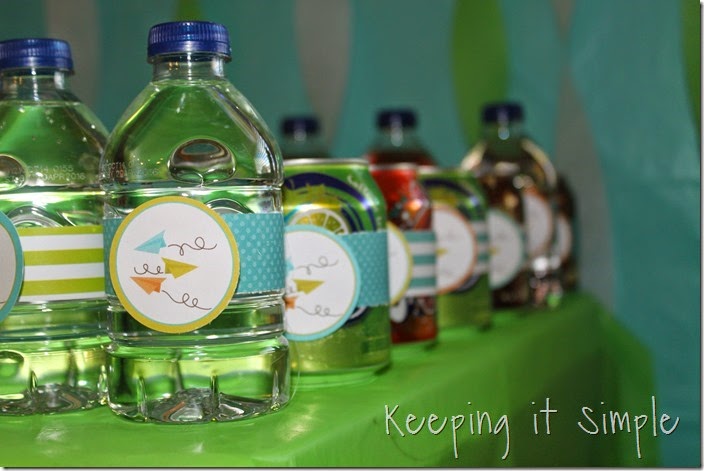 I also made some fun cupcake toppers for the cupcakes.  You can get them here. 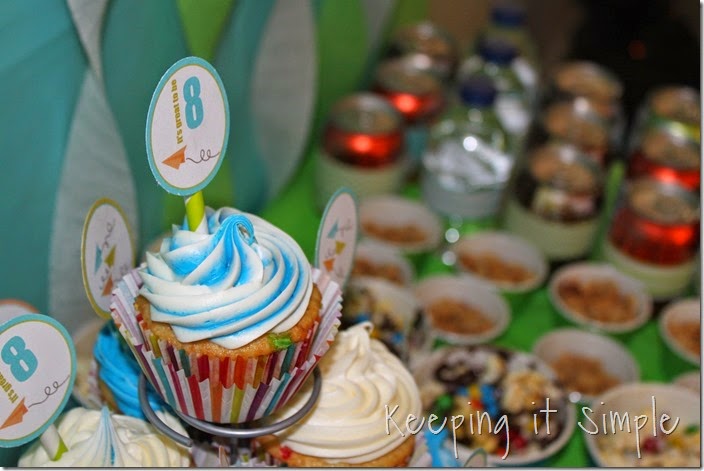 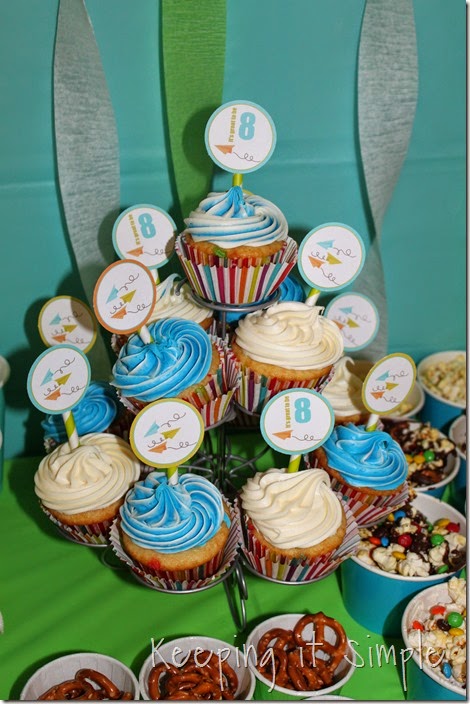 We got some white cotton candy for clouds. 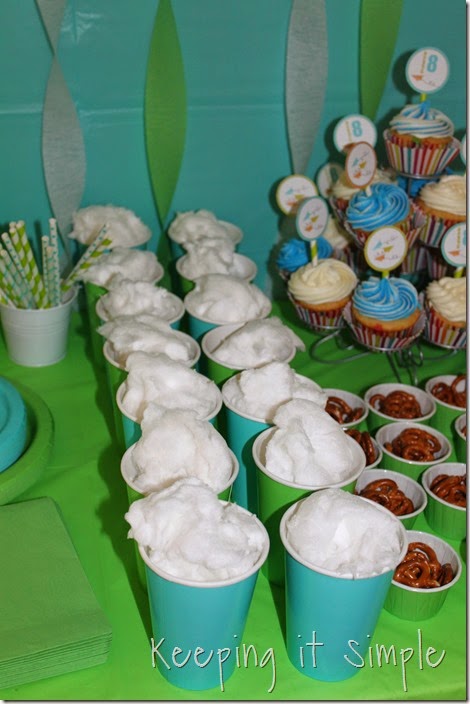 I made my white chocolate popcorn (it’s amazing!).  It was so nice to have all of the treats in individual cups.  We just asked the kids what they wanted and then we served them, just like you would on an airplane.  It was all a big hit! 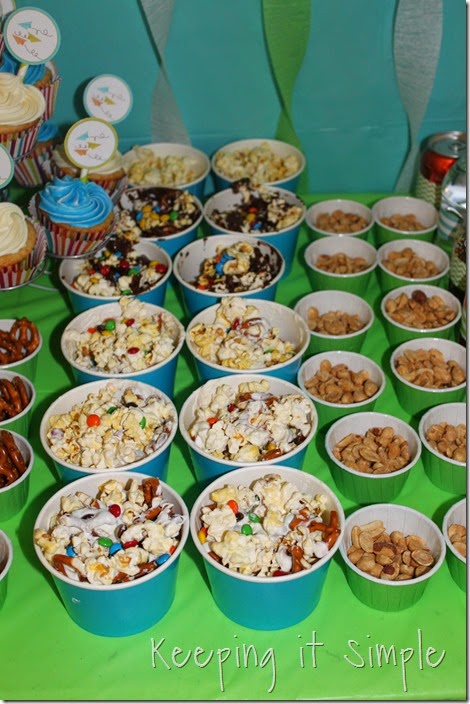 I let the kids create their own paper airplanes.  I brought out washi tape, scrapbook paper, paper straws  and they just got to create.  I love letting kids create, it’s so fun to see what they come up with. 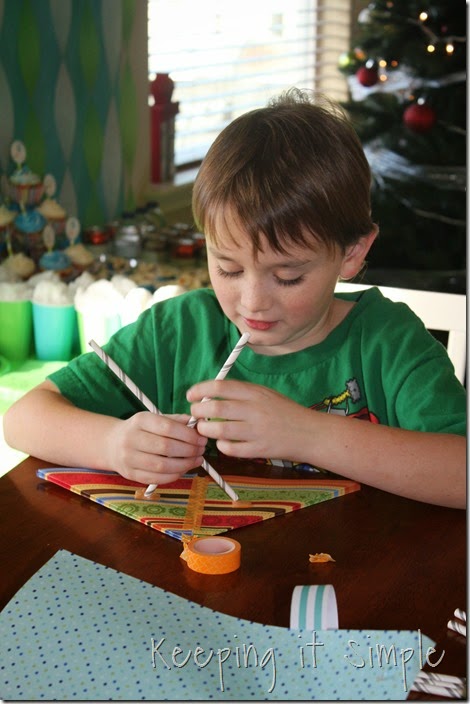 Then I set up some hula hoops in our entry way and had the kids fly their paper airplanes.  We had three different lines and for the different lines there were points.  The closest was 5 points, the middle one was 10 and the one right by the door was 20 points.  We let each kid go three times, from where ever they wanted to go.  Then we kept track of their points. 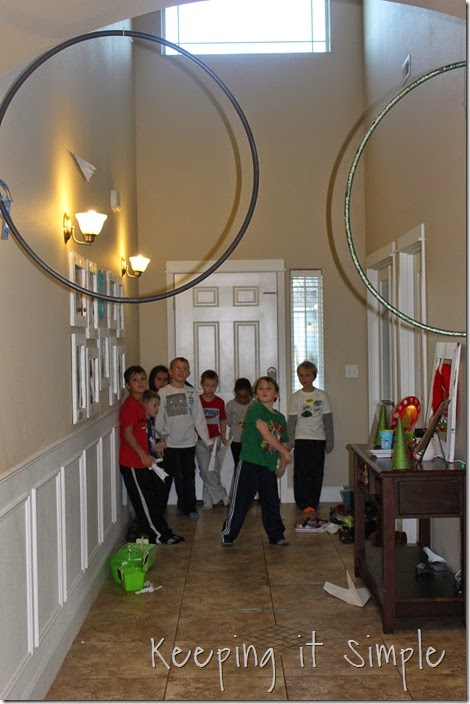 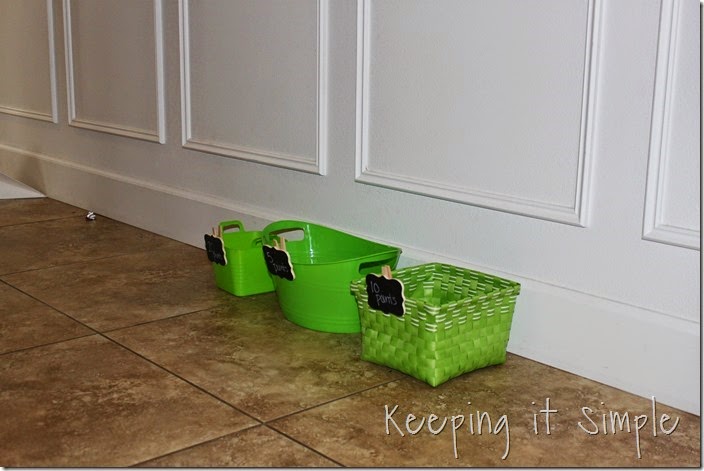 The kids were pretty excited about it! 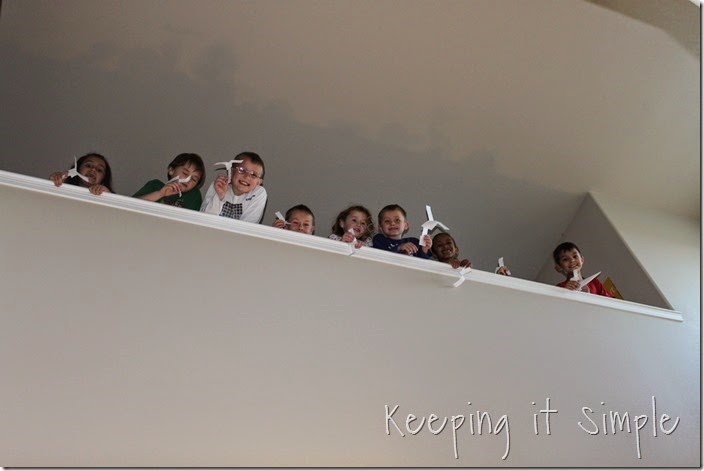 They got different points according to what bucket it went in.  Each kid got to go twice. 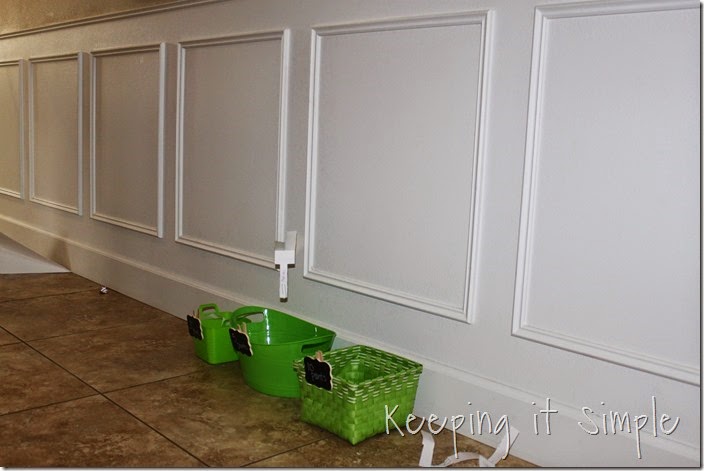 We kept track on this fun chalkboard that I made. 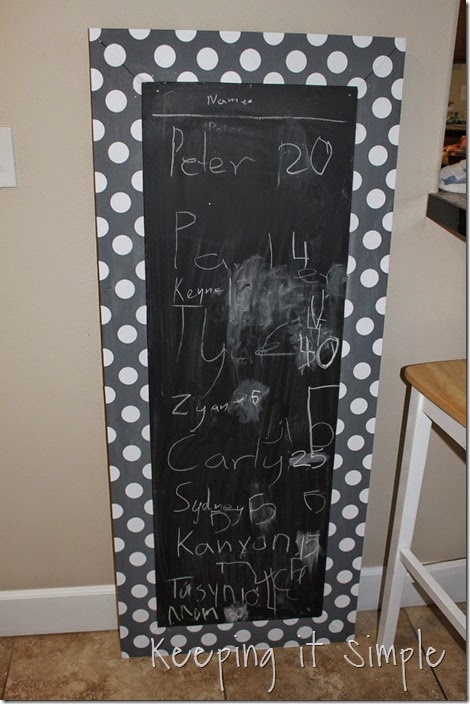 And the top four kids got a dollar that was a paper airplane :). 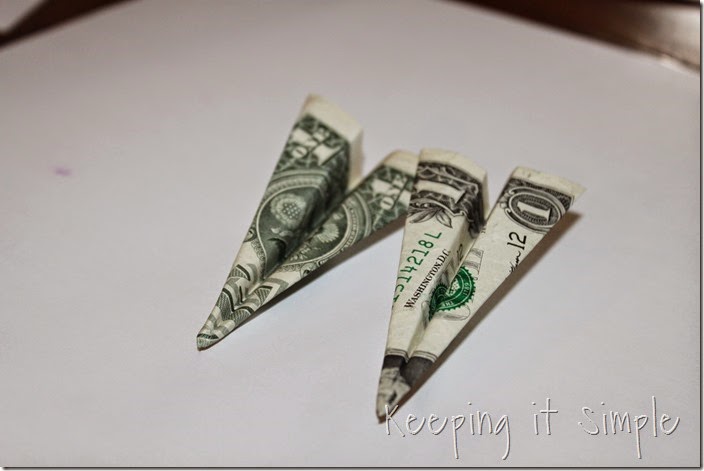 It was so much fun!  All of the kids had so much fun and it was fun watching them!  It was a fairly easy party too, so that was a plus too!
Here is the birthday invitation that I created for his party.  You can get the free printable here. 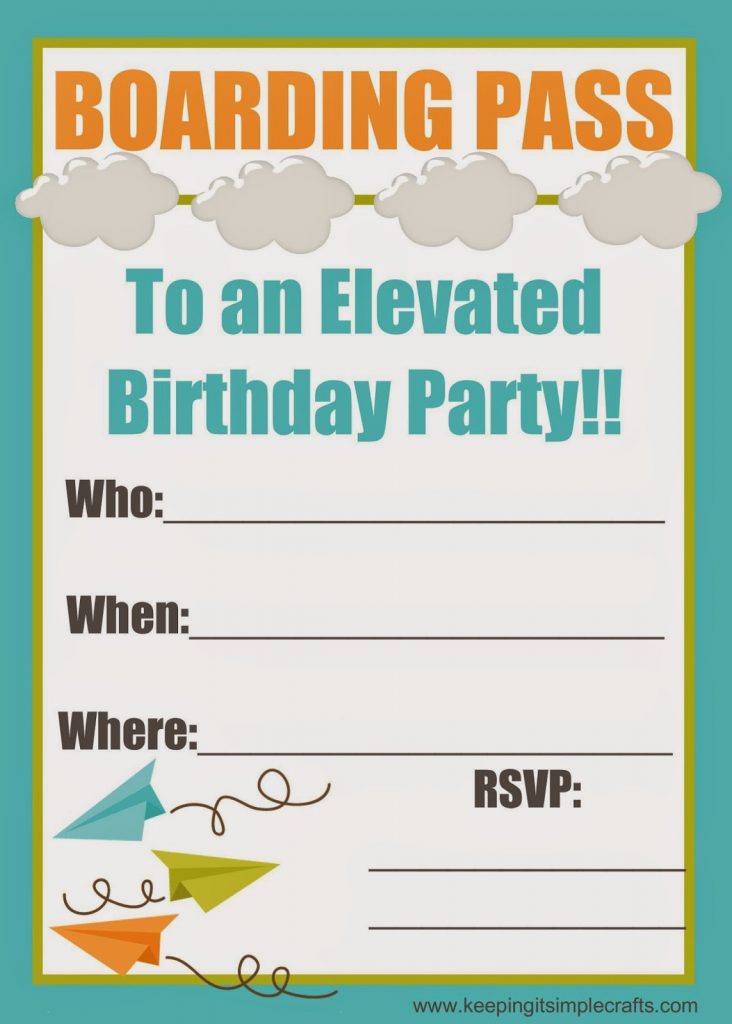