With all of this talk about PokemonGo this past week, I have Pokemon on my brain.  Pokemon is not a new thing at our house, two years ago we all went as Pokemon for Halloween and back in the day when it was new, I enjoyed watching and playing it with  my nephews.  With fours boys, there’s no surprise that we like Pokemon at our house :).  This past weekend we decided that we needed to change up my boys’ bedroom.  Their bedroom is Minecraft themed, but I want it to be game themed instead.  We are going to have it be a bedroom but also a game room too with video games and things like that.  So I am keeping some Minecraft stuff in there but also added Pokemon and eventually some Nintendo stuff too.  I have been wanting to redo these wardrobes for a long time, I hated the color of them but I knew that painting laminate can be tricky.  So instead of just painting them, I gave them some Pokemon decals too.

Here is the wardrobe before.  It’s a nice big wardrobe and we like it, just not the color of it. 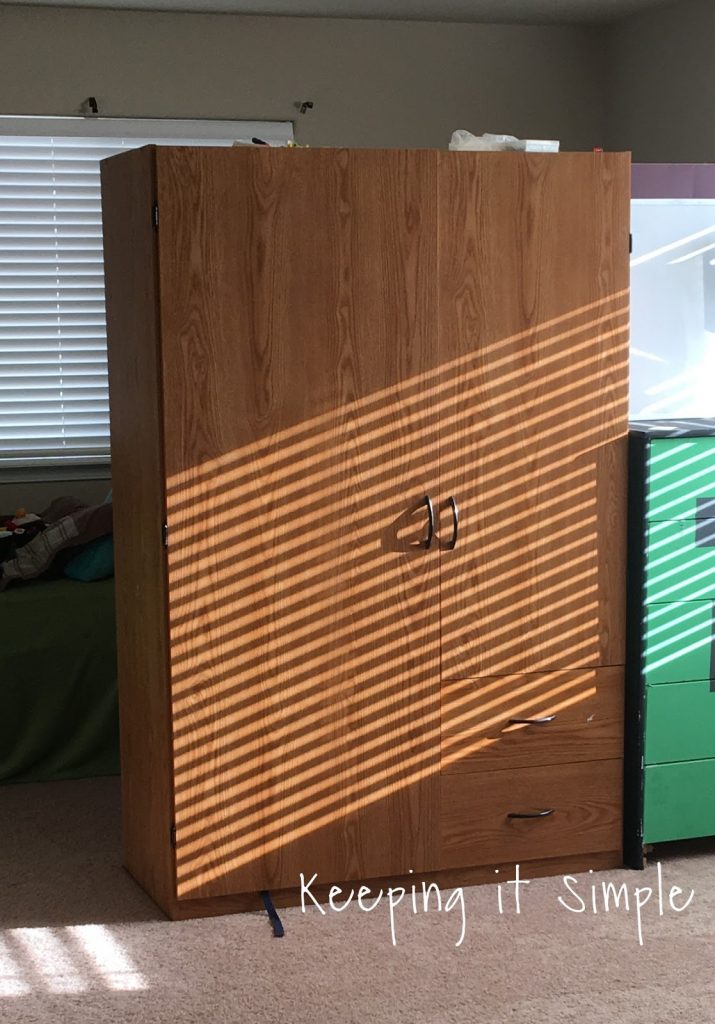 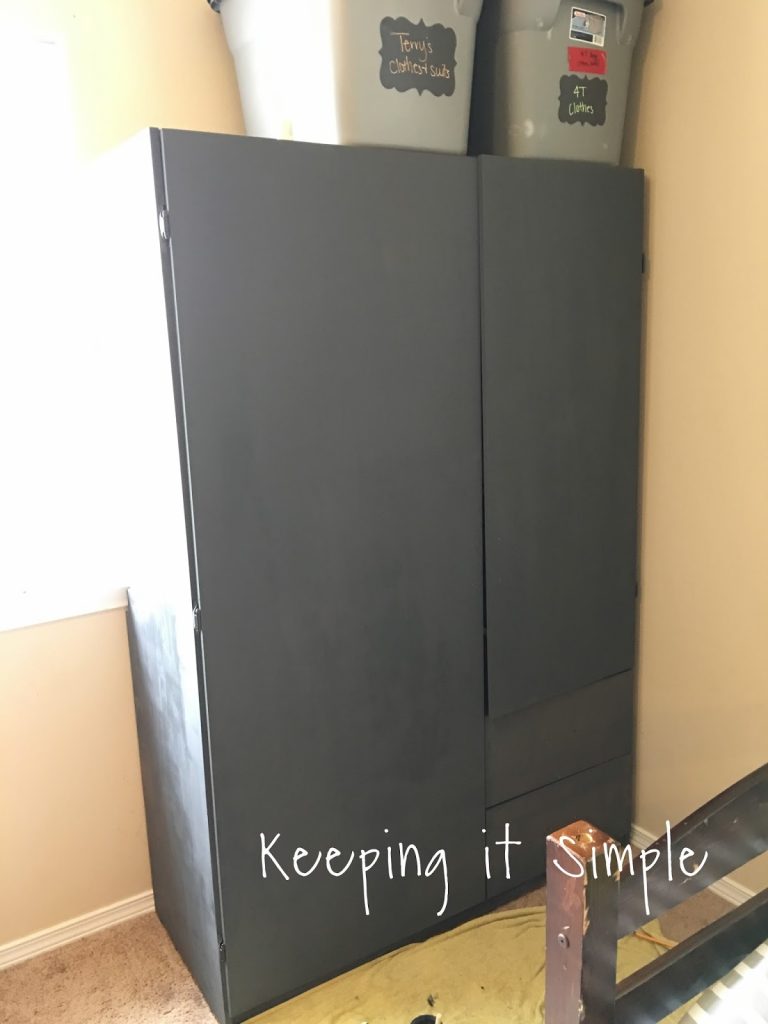 It took a few coats of paint but it looks so much better than the oak color! 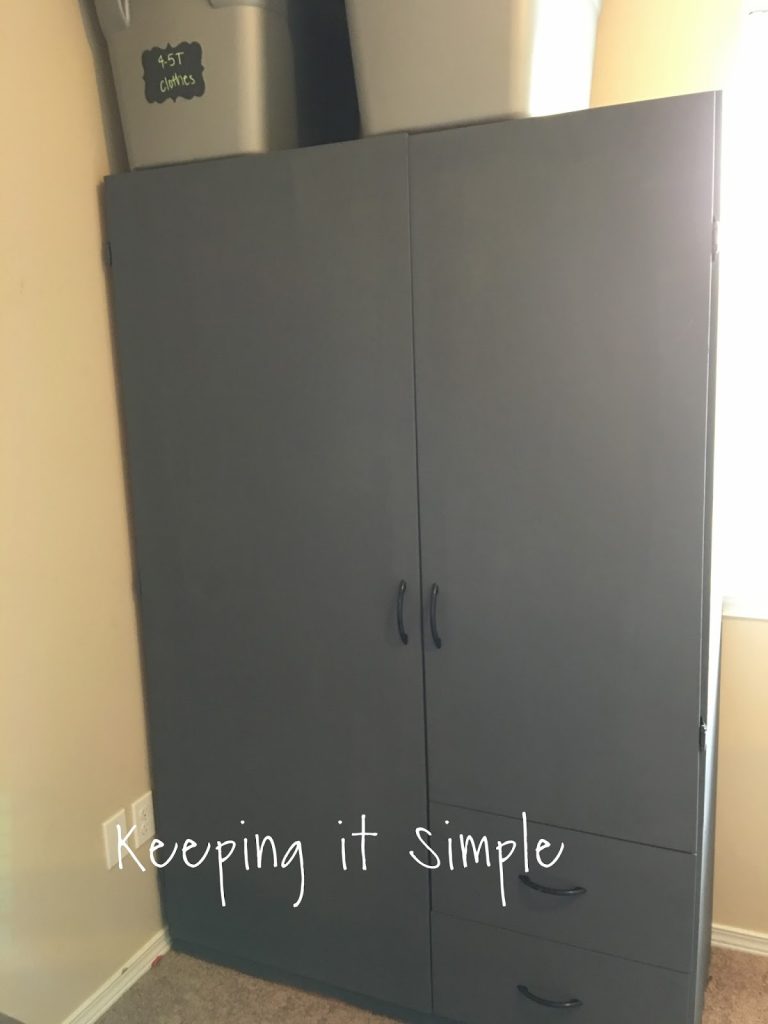 Now for the fun part, making the decals.  I used my Silhouette CAMEO and lot of different color of vinyl.  I used the Oracal 631.  I have made up 9 different designs and you can get the cut files here (there is a Silhouette and SVG file for each design):
Pokemon  • SVG
Poke Ball • SVG
Pikachu • SVG
Squirtle • SVG
Bulbasaur • SVG
Charmeleon • SVG
Pidgeotto • SVG
Caterpie • SVG
Nidoran • SVG 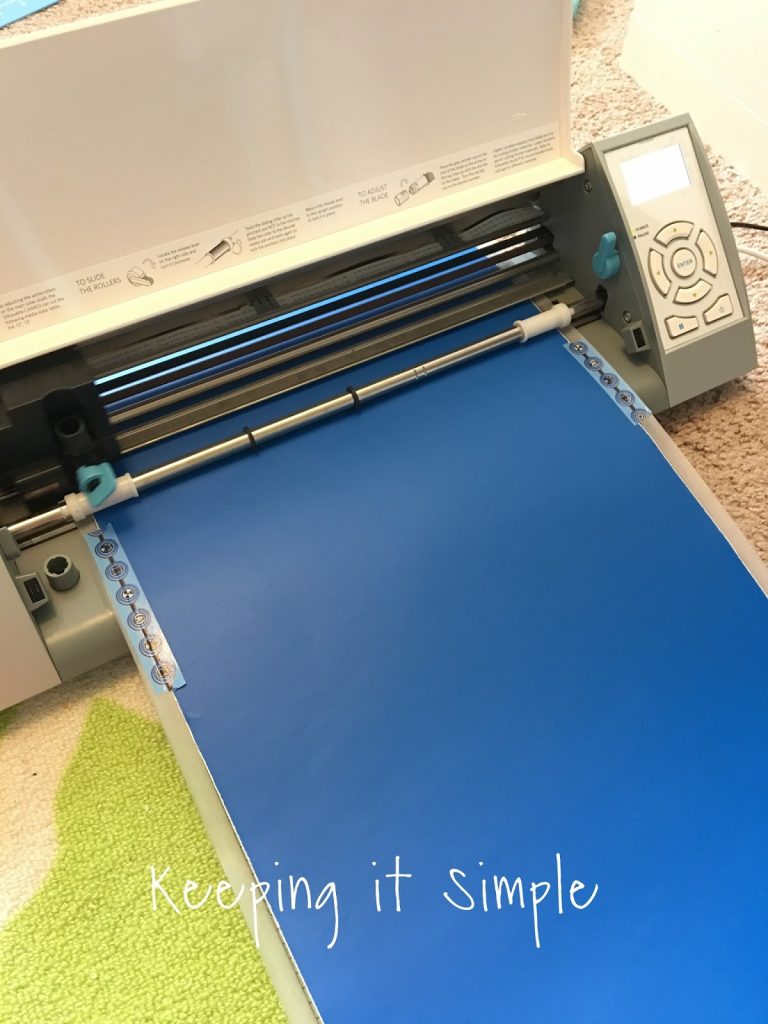 The first thing I worked on was the word Pokemon.  I used this font for the words.  I wanted it to be layered, so I separated the word to make two layers.  I then cut the back layer out of blue and the front layer out of yellow. 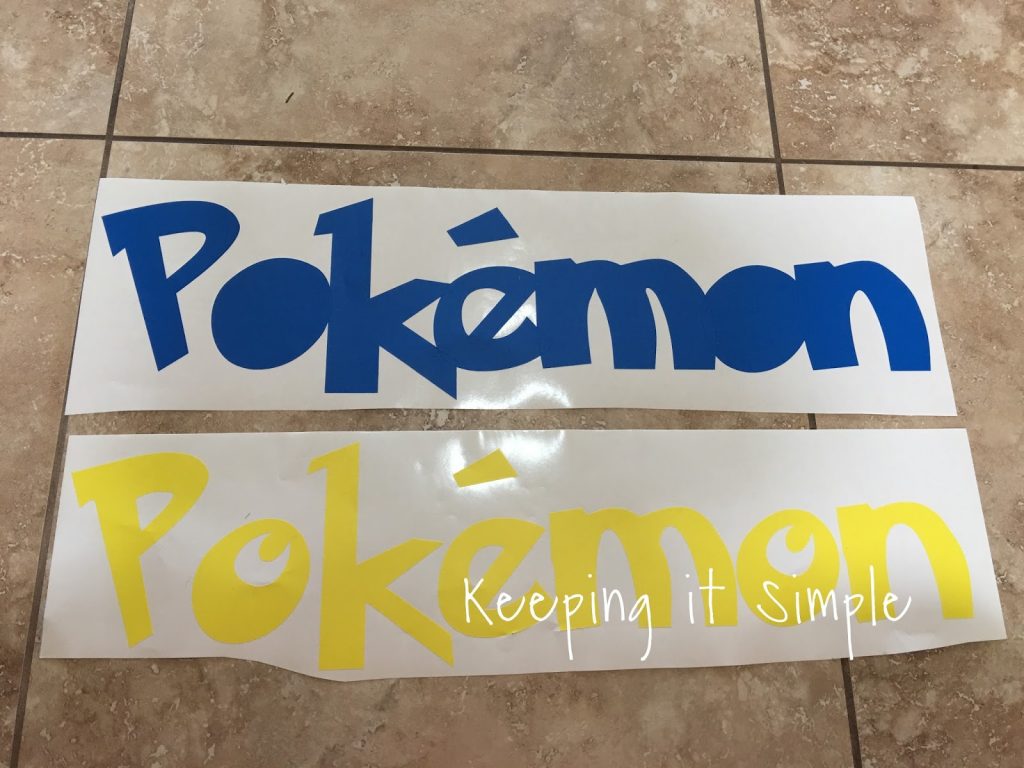 I then put the yellow onto the blue, doesn’t it look cool? 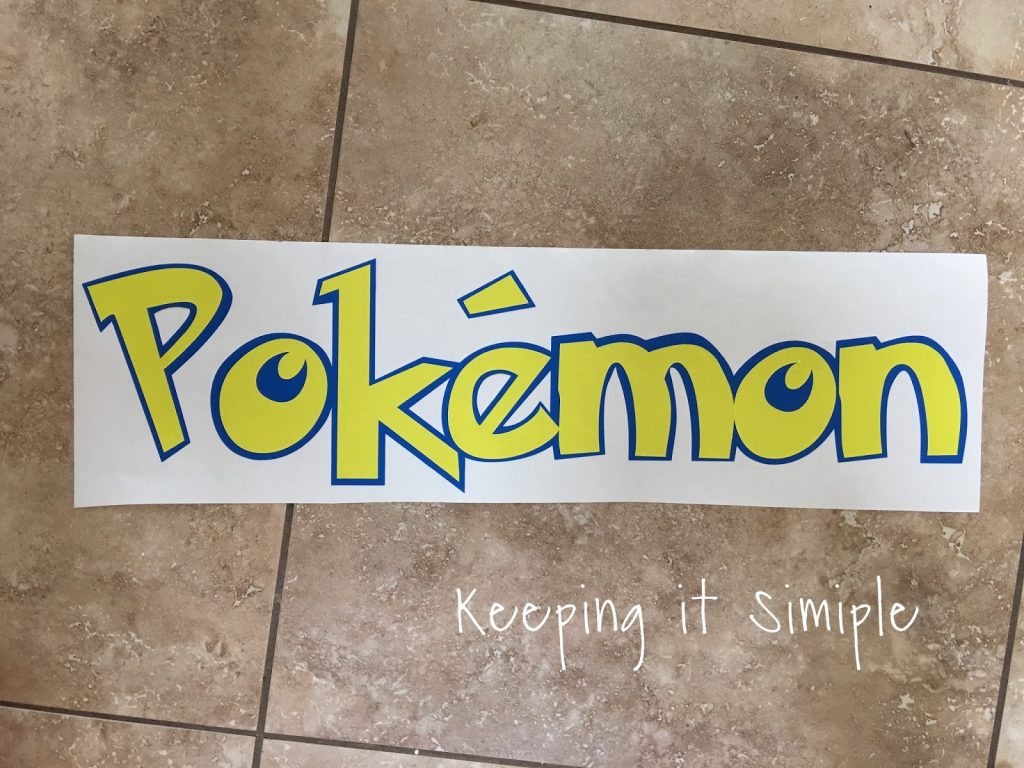 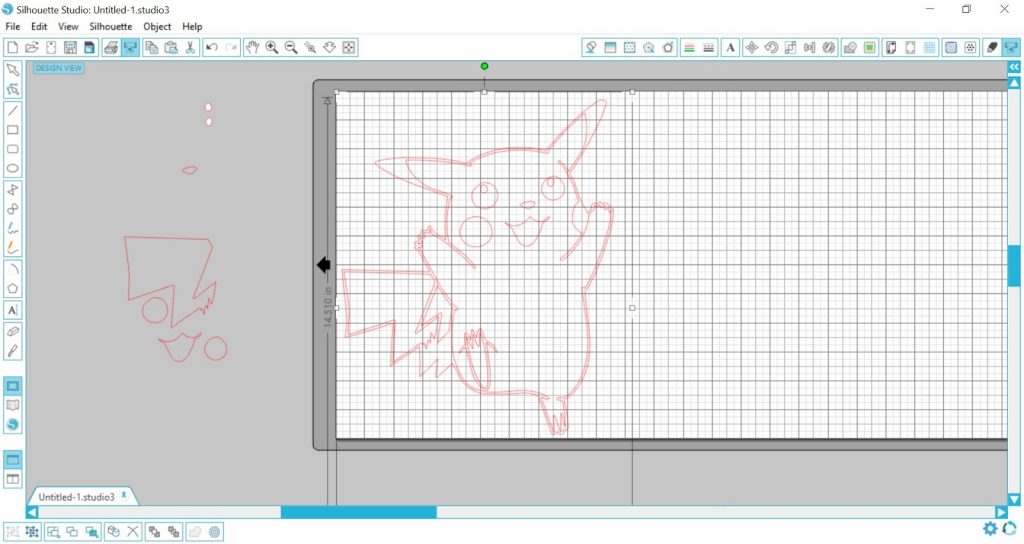 I deleted some of the lines and parts of the image, just leaving the basic shapes that I wanted to cut out.  Then I separated the different shapes and cut them out of different colors.  For example, I did the basic shape of Pikachu adn his foot in yellow.  Then I did his cheeks in red, mouth, eyes and part of the tail in black and I cut out his eyes in white. 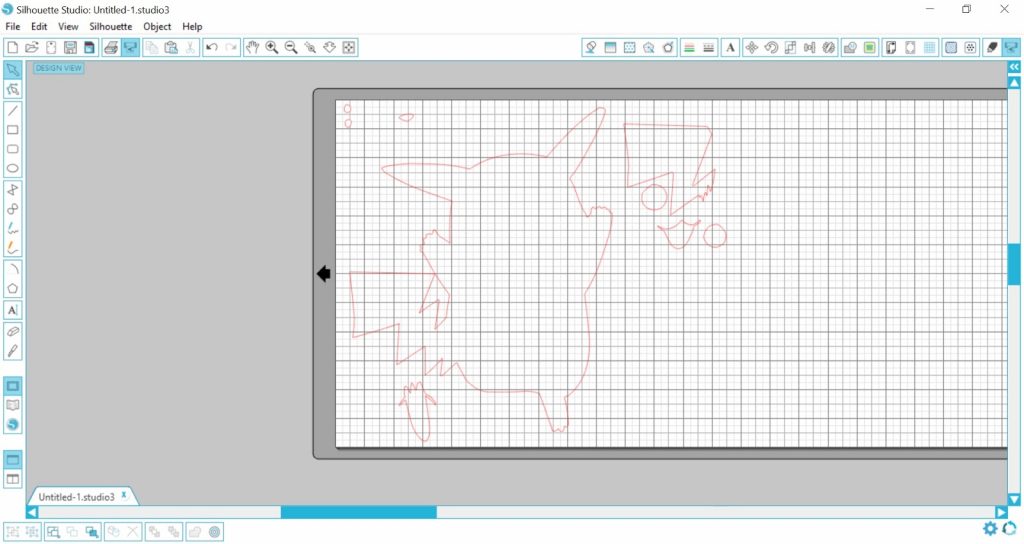 I cut them out individually but then I put them all on the yellow basic shape of Pikachu. 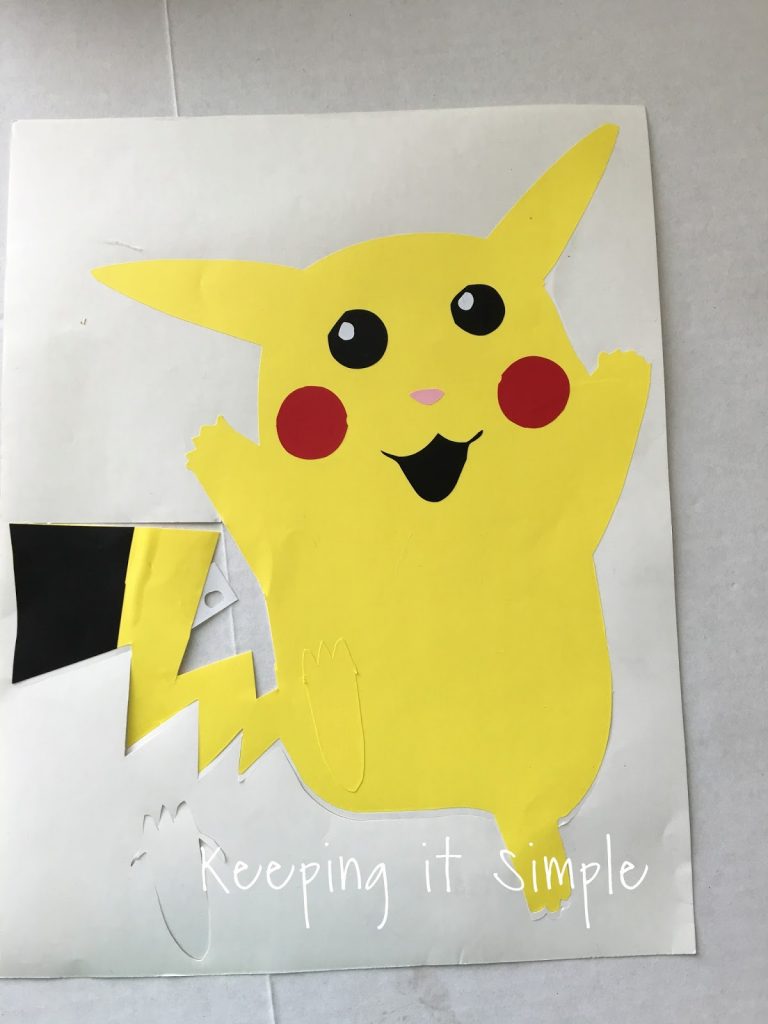 Then using a black marker, I drew on it.  This really makes the Pokemon look more real and it makes it look awesome! 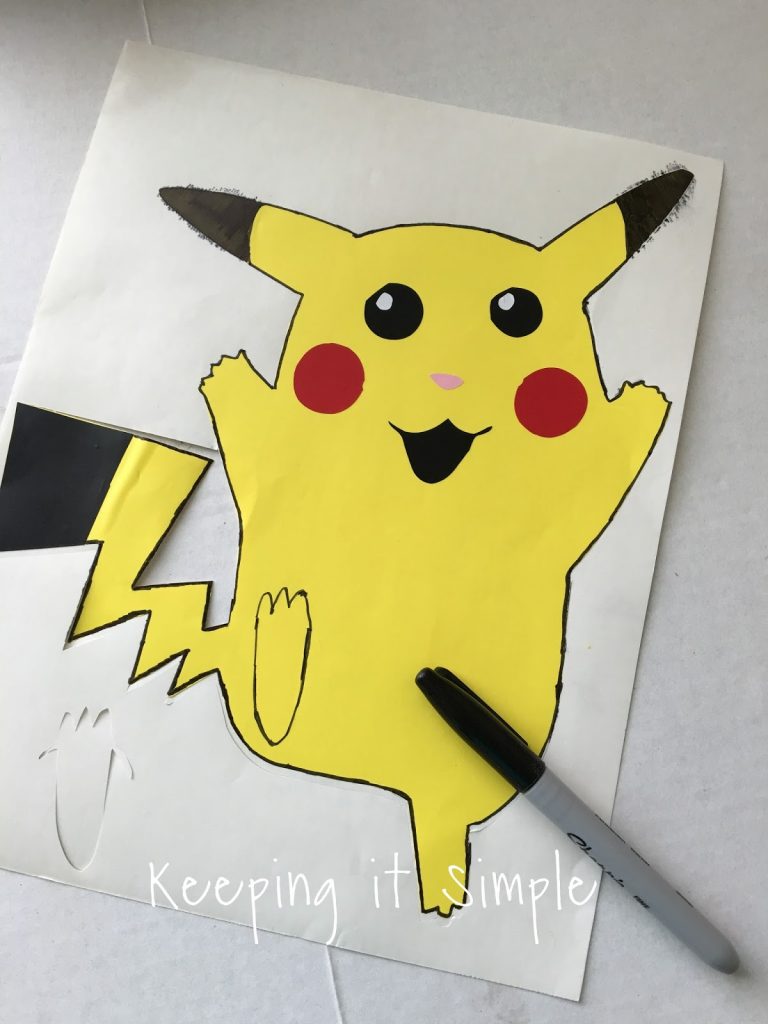 Here are the other Pokemon that I made with that font. I did the same thing for each of them just using different colors of vinyl
Squirtle 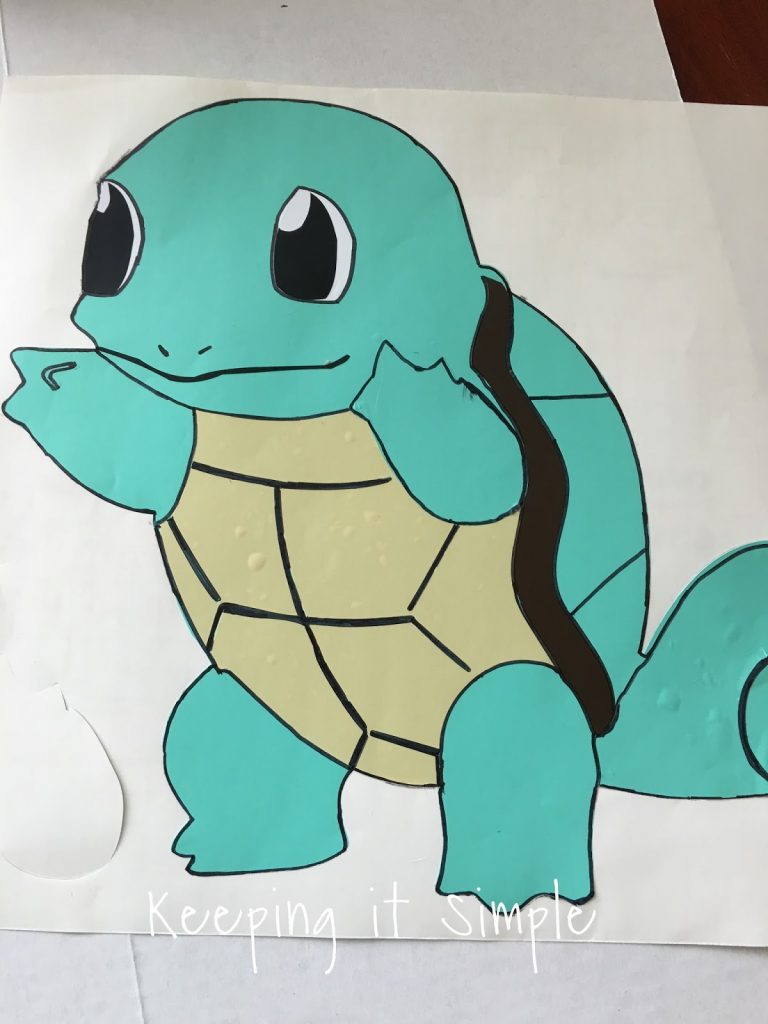 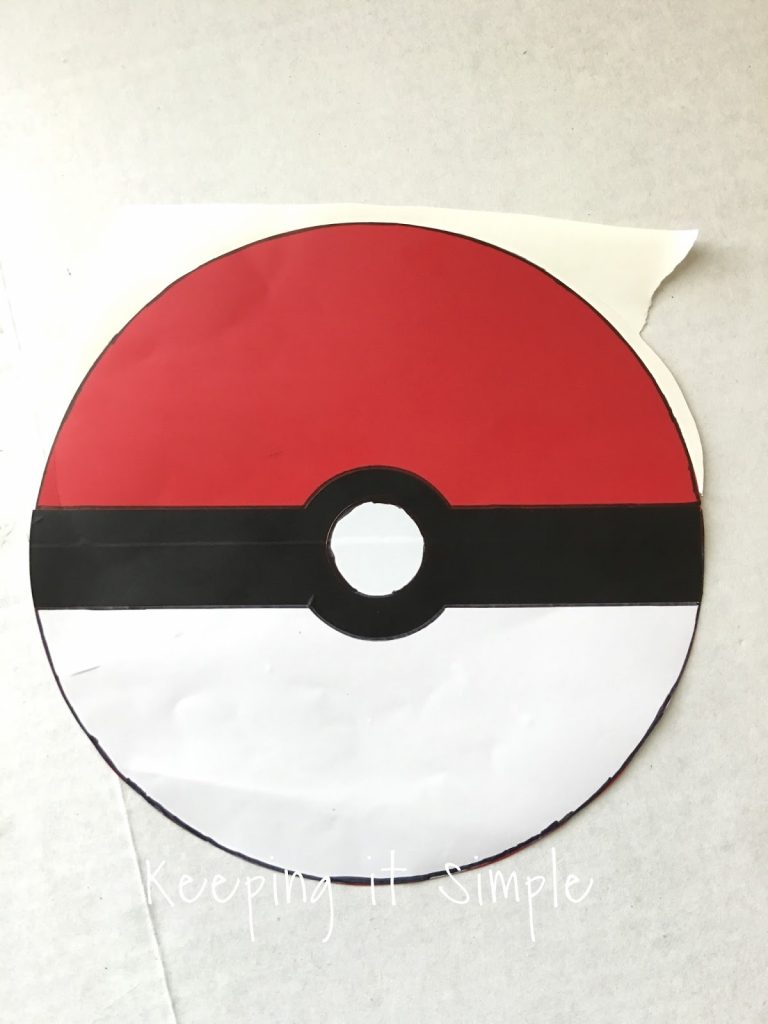 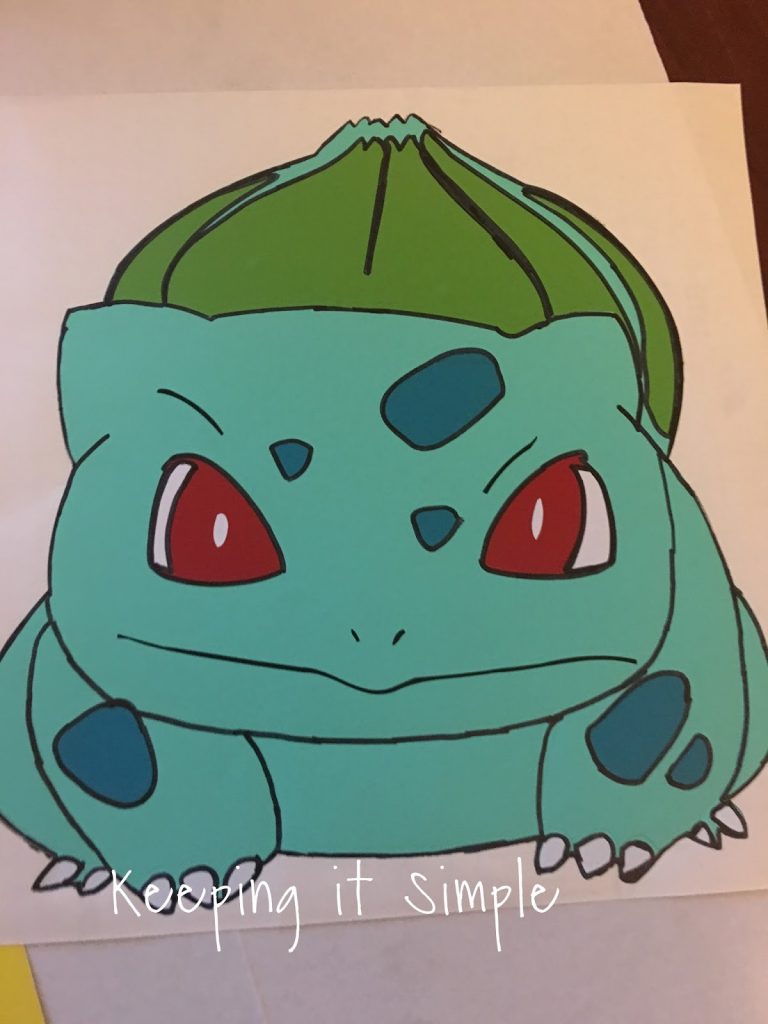 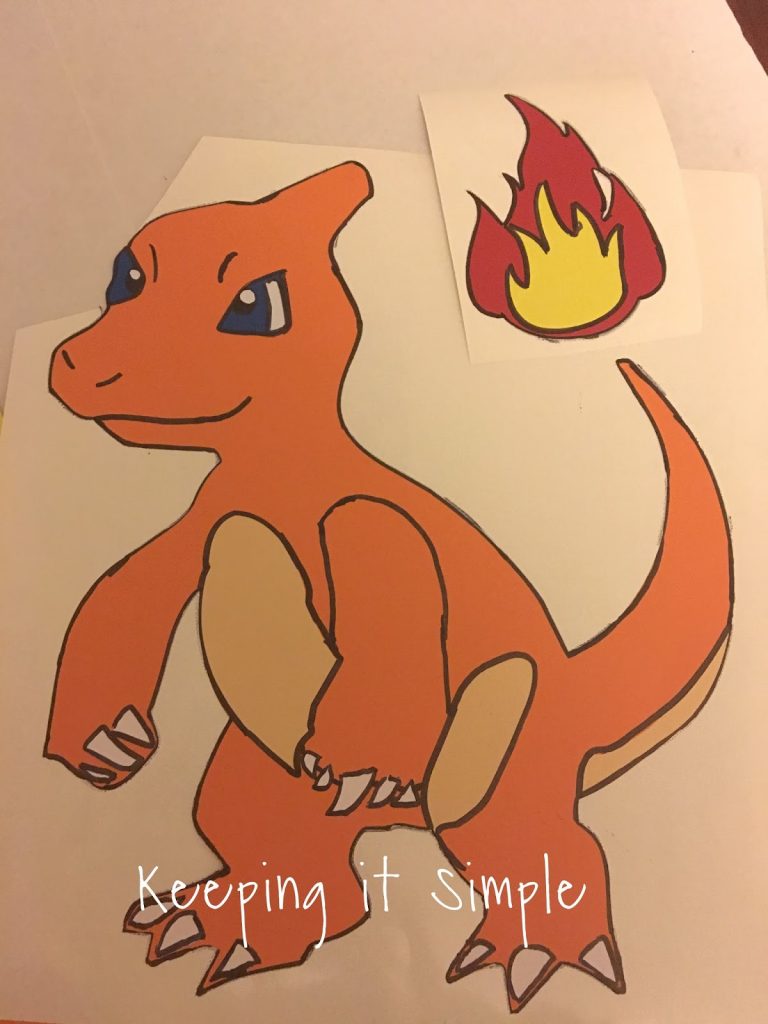 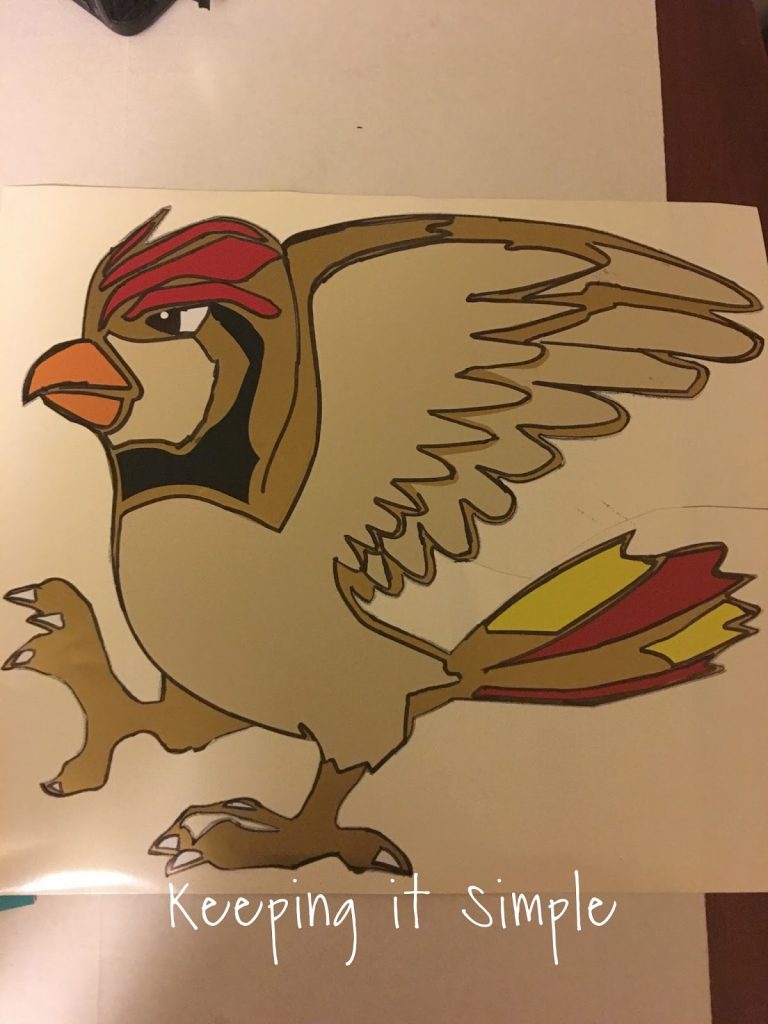 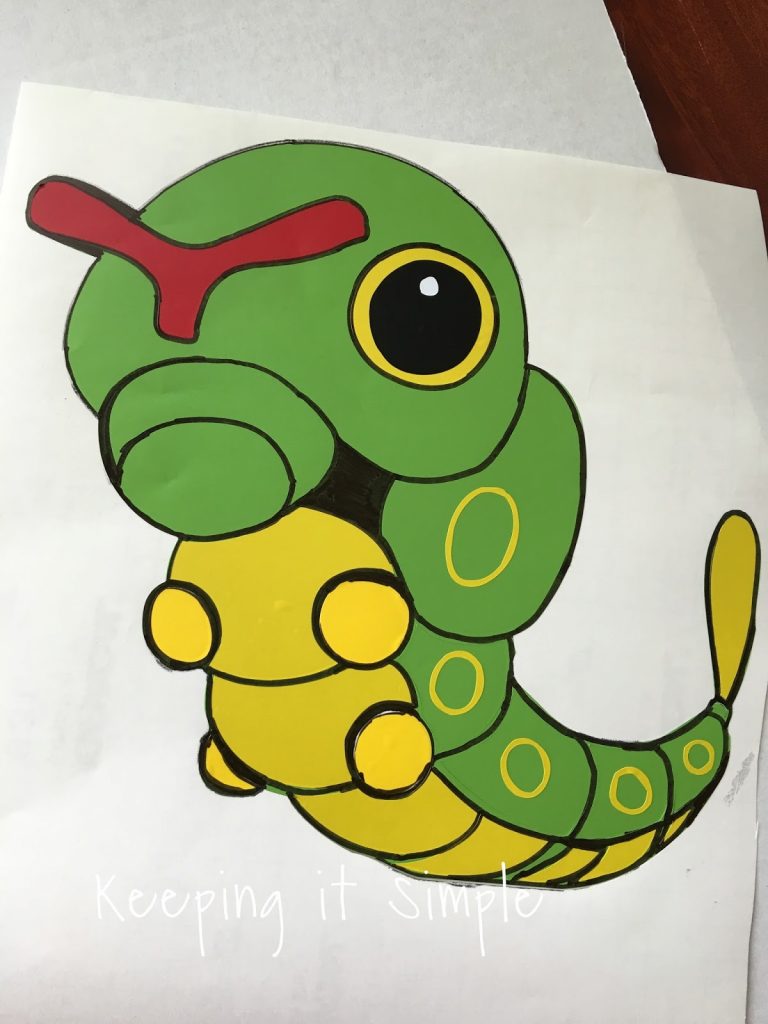 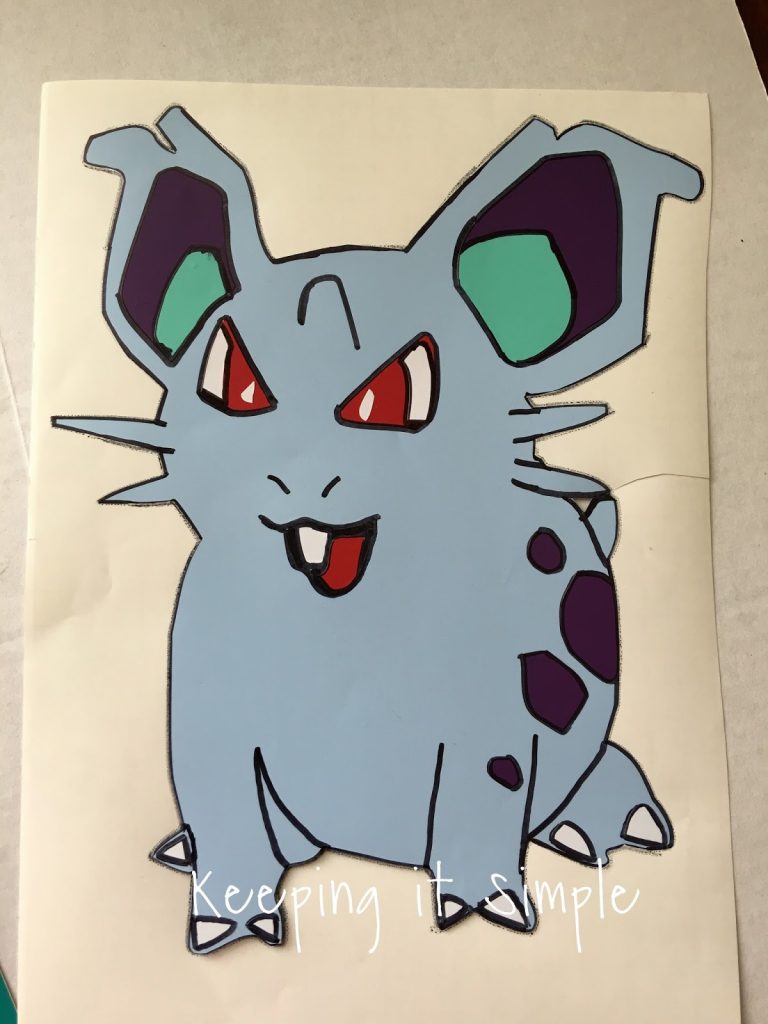 Once I was done cutting out all the vinyl I then put it onto the wardrobe using transfer tape. 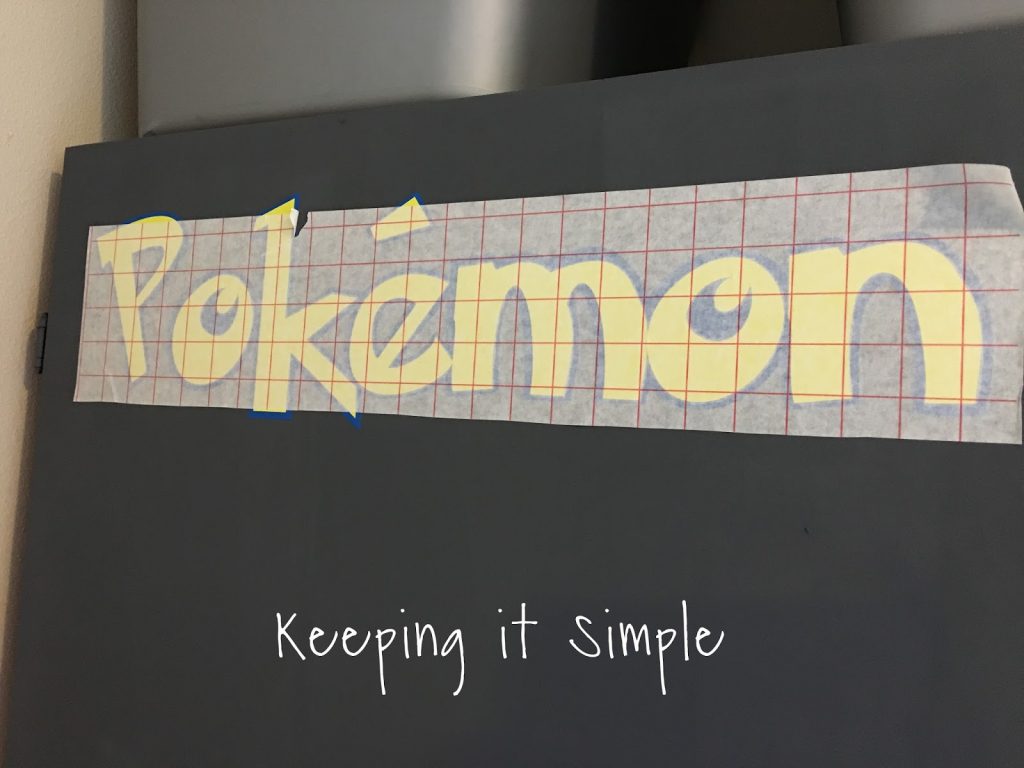 And that’s it!!  Aren’t they so cool and awesome?!?  I seriously LOVE how they turned out, they are so cool and the wardrobes are not so boring anymore. 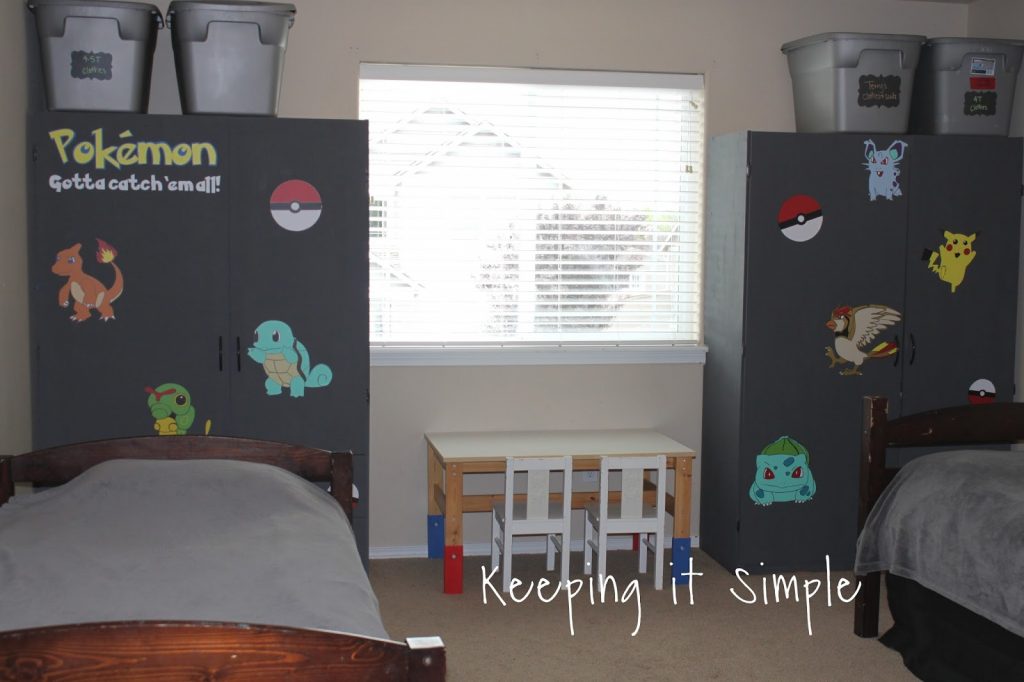 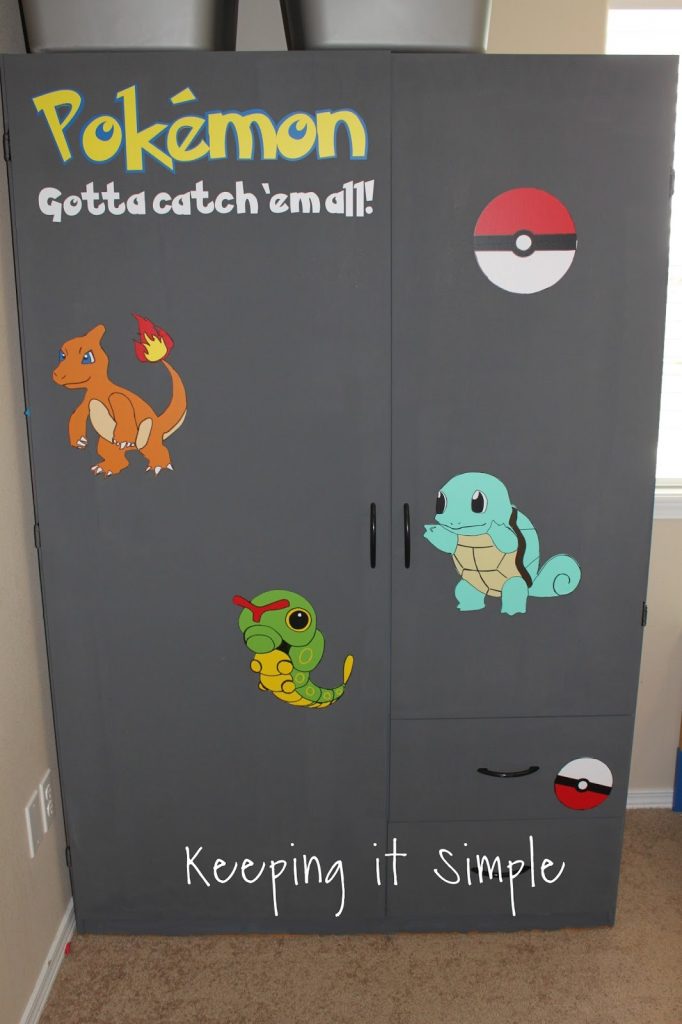 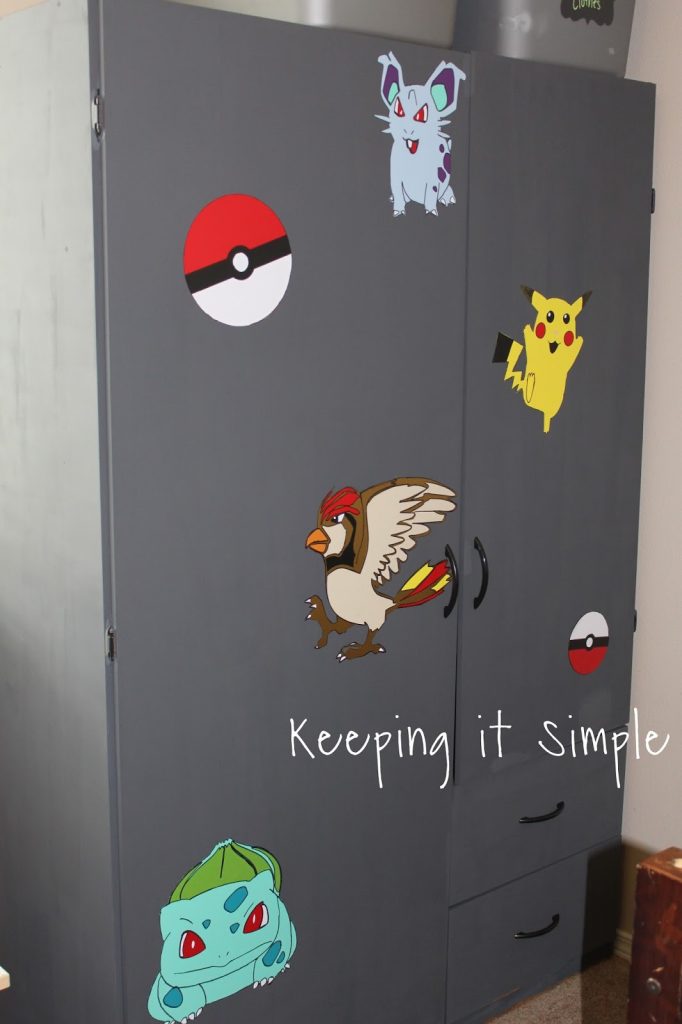 I love how the vinyl looks on the dark gray. 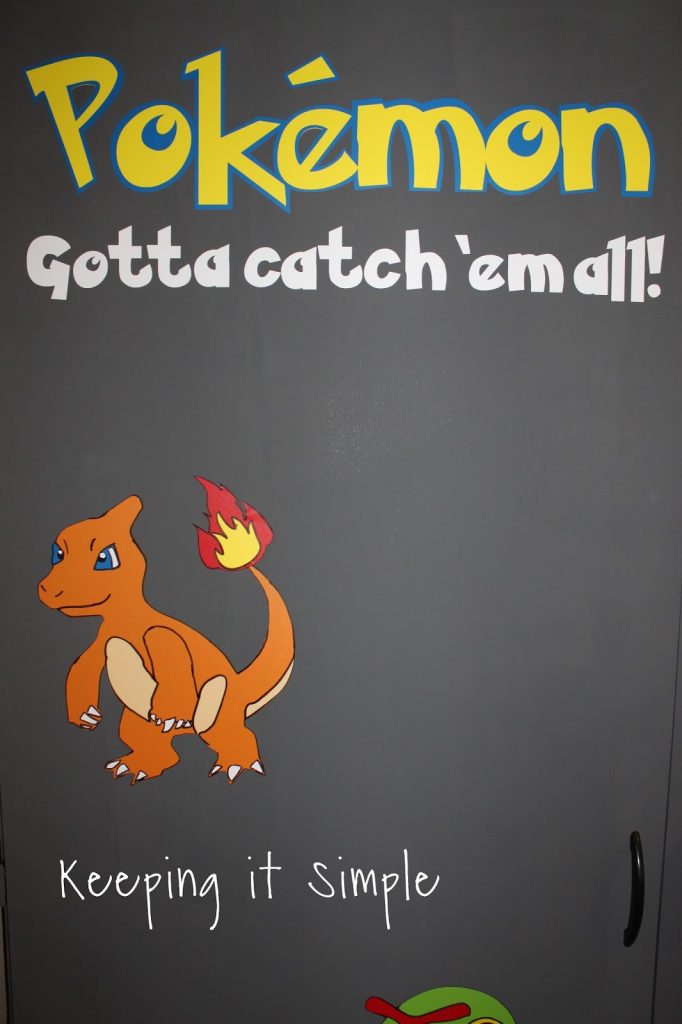 Bulbasaur was my favorite one to make, he turned out awesome! 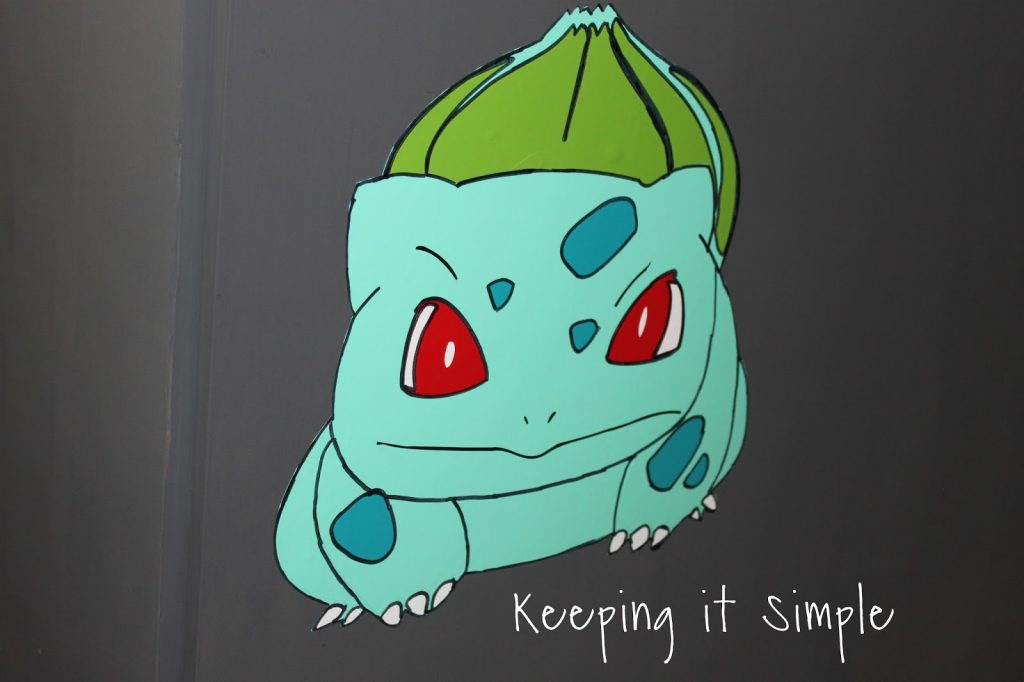 And of course I love Squirtle and Caterpie too :). 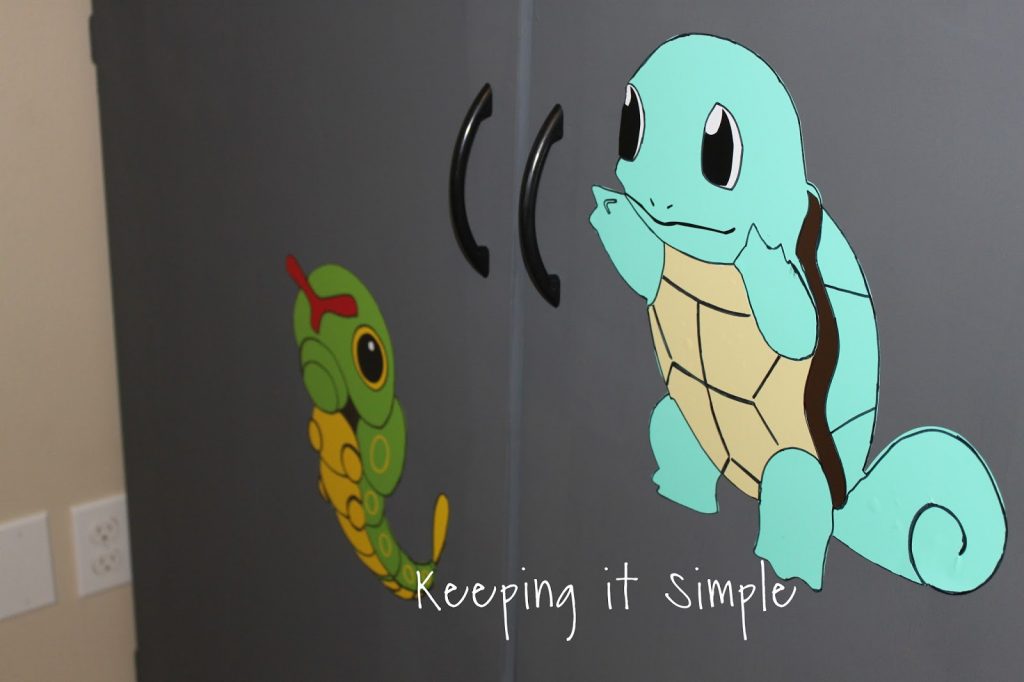 My boys just love them in their room and are so excited to have Pokemon in it!  Have you been hit with this PokemoGo bug?
UPDATE!!!  So we recently built a closet in this room, so there was no need for the wardrobes anymore but I loved the Pokemon decals so much that I couldn’t get rid of them!  So instead, I transferred them over to some gray canvases that I painted.  Here is what they look like now :).  You do them the same way that you would do the vinyl onto the wardrobes, just onto the canvas instead.
Here is a quick video to show you the process of how I made them :). 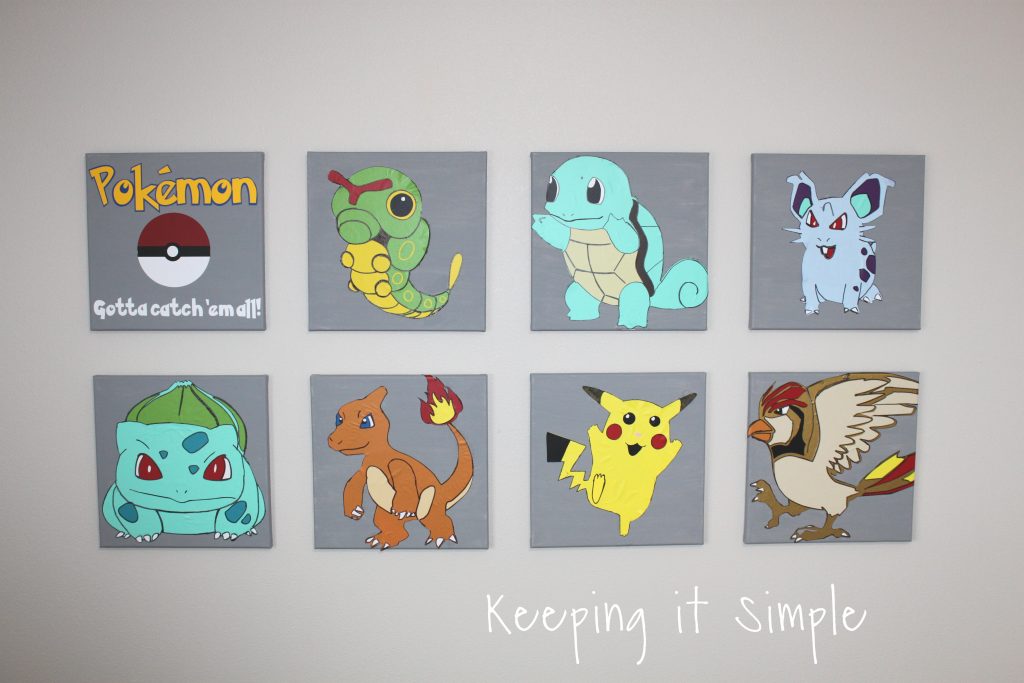 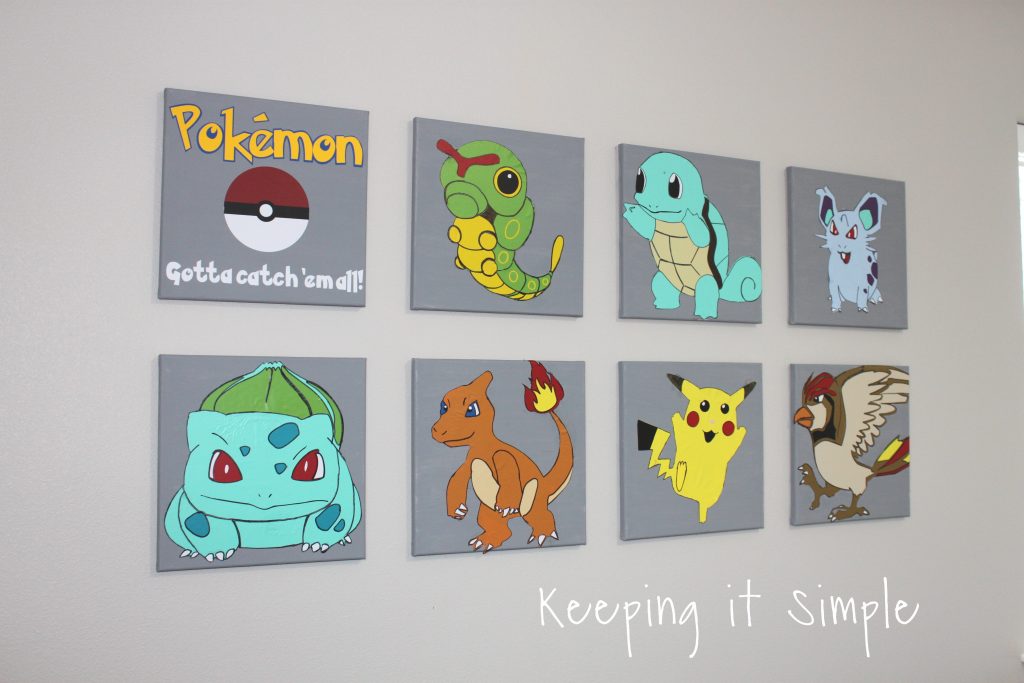 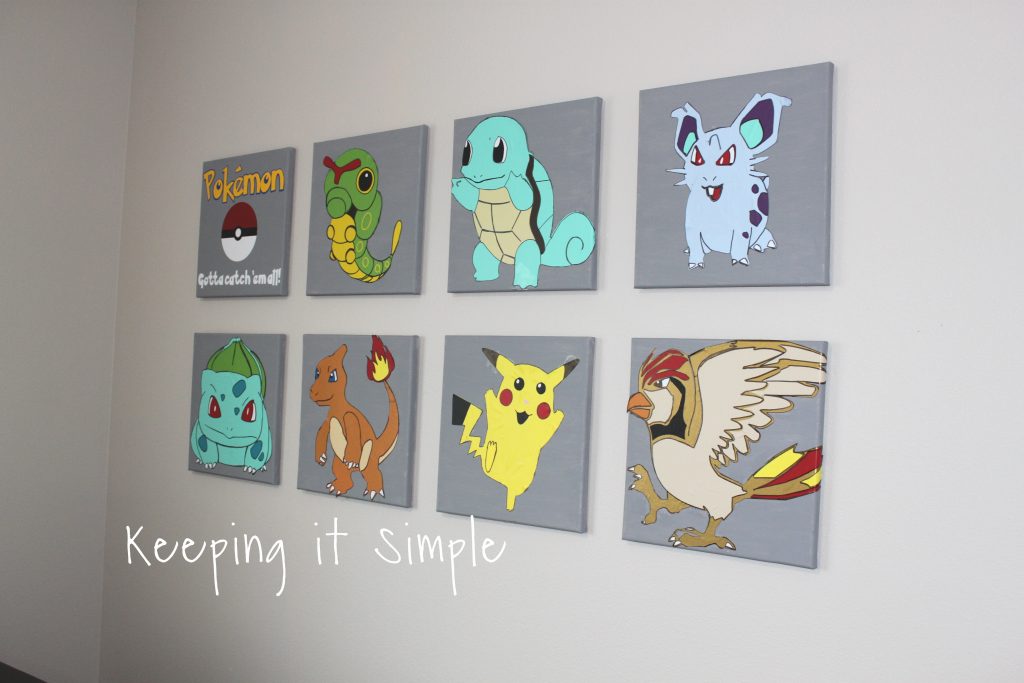 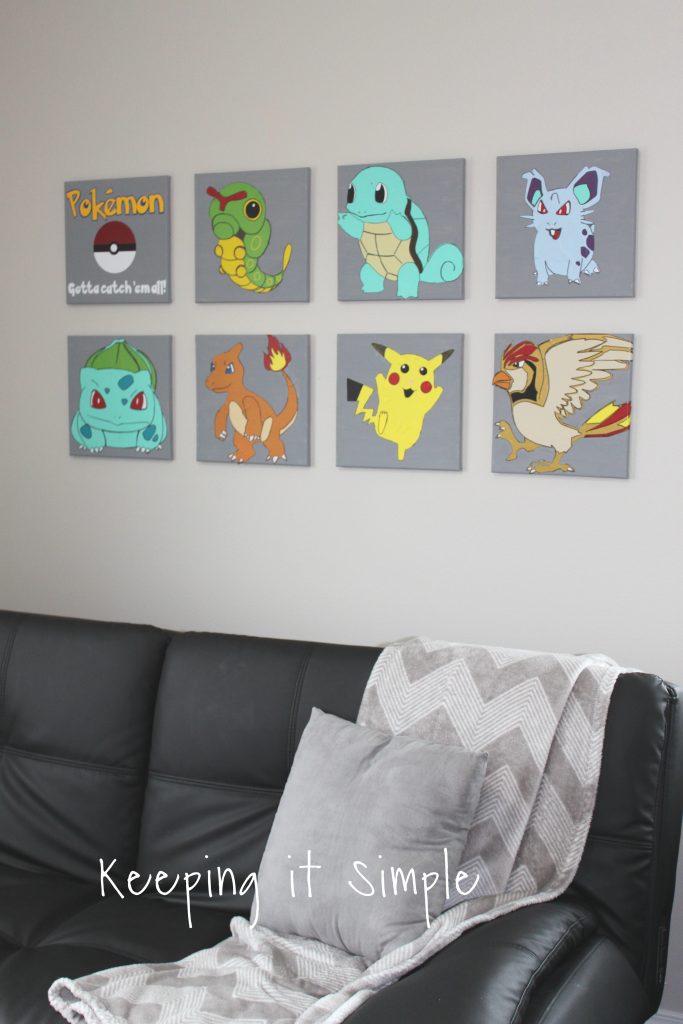 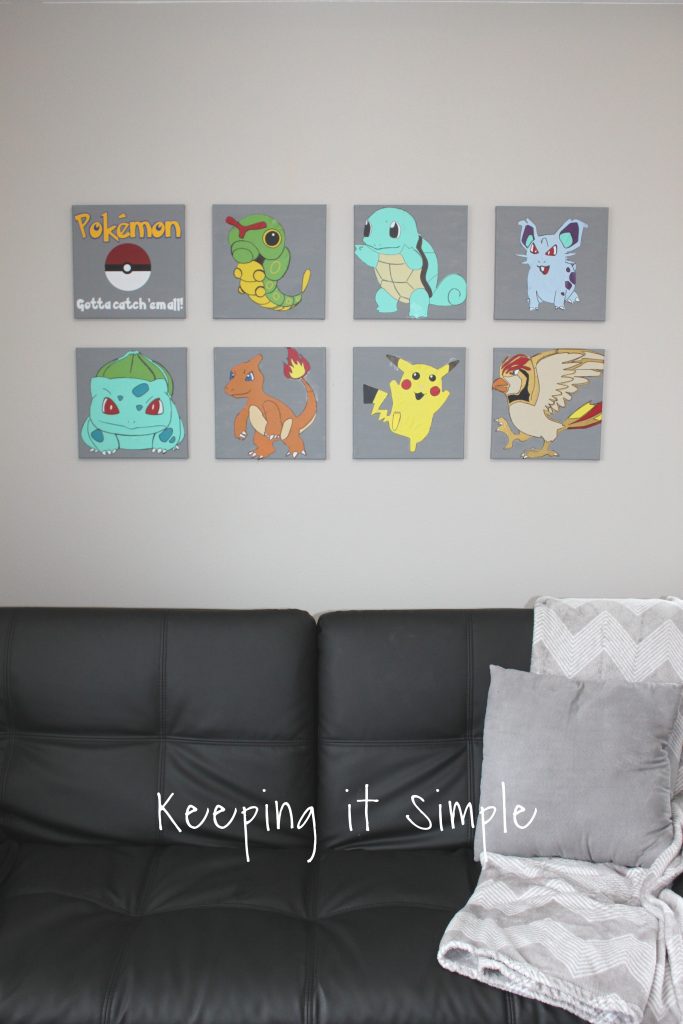