This shop has been compensated by #CollectiveBias, Inc. and its advertiser. All opinions are mine alone.
I don’t know how it happened, but my kids are going up.  In just a couple months I am going to have a kid that will be in double digits!  How in the world did that happen?!  Where did time go? It is so crazy to me to watch my family grow up.  Since my kids are getting older they of course want to do more things, go more places with friends and play with friends.  So we decided that we need to get another phone.   It seems like having a home phone (you know a land line that hooks into the wall) is becoming a thing of the past.  We don’t have one, we just have cell phones. And honestly, I don’t want to have one.
I enjoy having cell phones for me and my husband but we need something to have at home all the time.  I have been wanting to get another cell phone for my family because they are now at the age that we need something for them.  We researched unlimited talk text and data plans and found that the Family Mobile at Walmart was the best deal for us, it’s only $34.88 per month!  You can’t beat that price and no contracts. 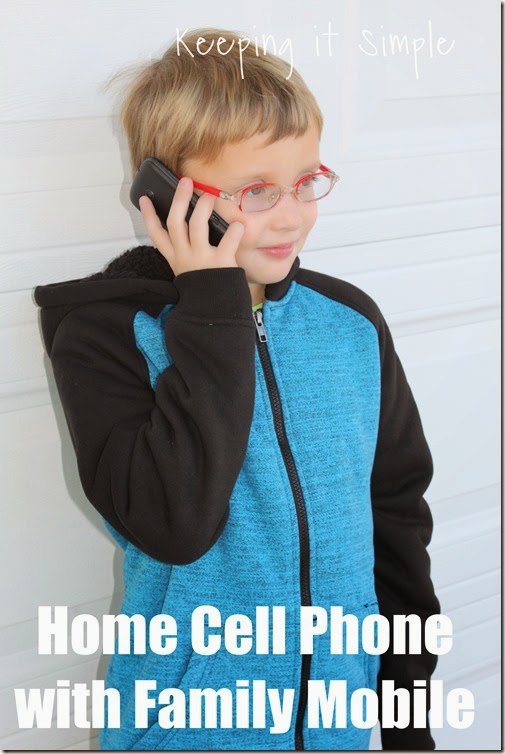 I headed to Walmart to pick out the new phone and starter kit.  I headed back to the electronics section and that’s where I found the cell phones.  I found the perfect one for my kids, the ZTE Zinger.  It was only $39.88, sweet!  It’s a smart phone too. 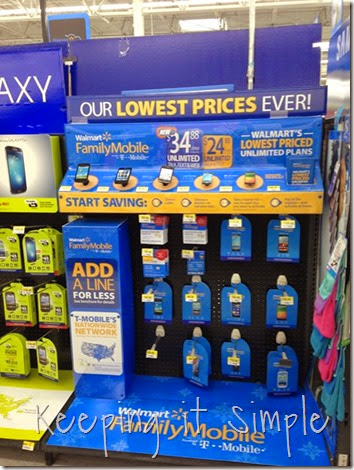 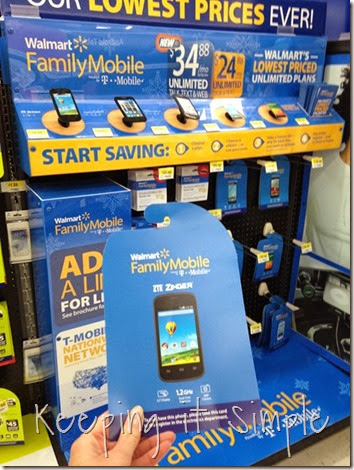 This is all that I needed, the phone and starter kit with SIM card. 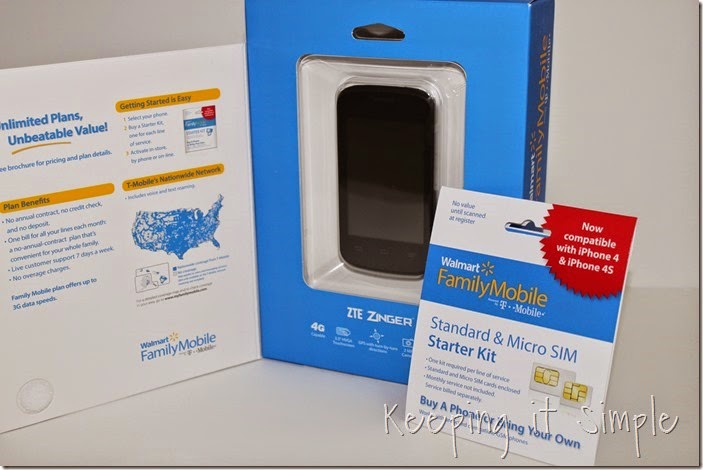 I opened it up and set it all up on my computer at home, it was so easy to do.  I was able to pick my monthly plan.  You can get the unlimited talk text and data for $34.88 a month or the $24.88 a month plan for unlimited talk and text.  I decided to pick the talk and text because my kids don’t need the data, but I can also change it and upgrade if I want to later on. 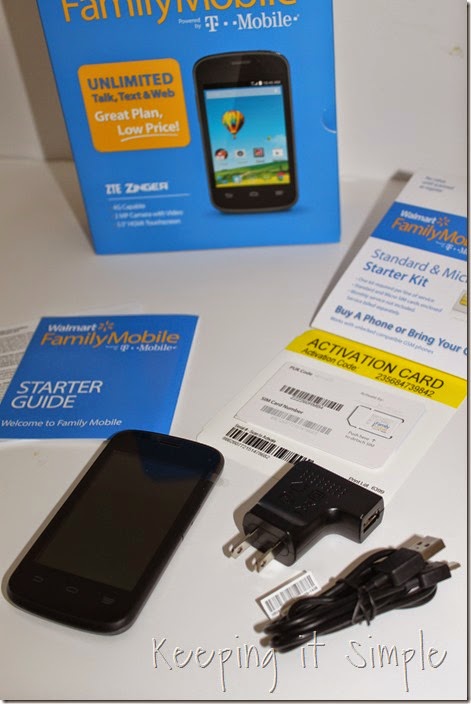 After I got it all set up, I put in some emergency numbers.  My son immediately started playing with it and figured it all out.  This phone is going to be like a home phone for us.  It’s not going to be a cell phone that they take to school, but it’s going to be one that they can take when they go over to friend’s houses.  Or if they want to go out and ride bikes, they will have it just in case there is a emergency or so I can tell them when it’s time to come home.  It will also be great for when we have a babysitter and my kids can contact us if they need to, or if they just want to say hi. 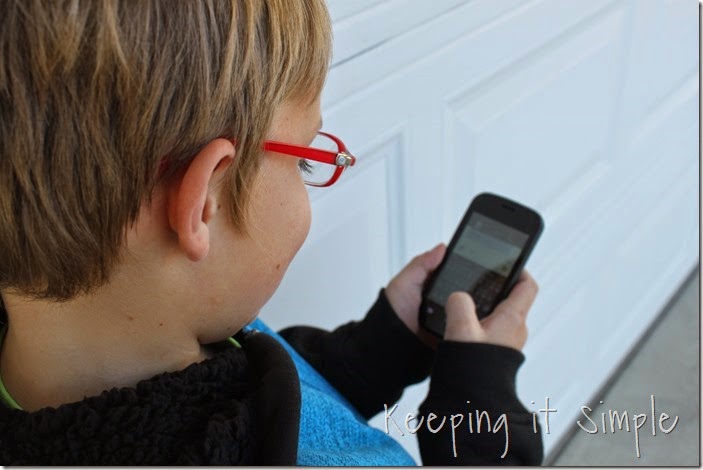 Here is a conversation I had with my son with it.  It was so nice to be able to text him without having to track him down.  We are new to the neighborhood, so we don’t know many people, so this is a great way to figure out where my kids are when they are out playing. 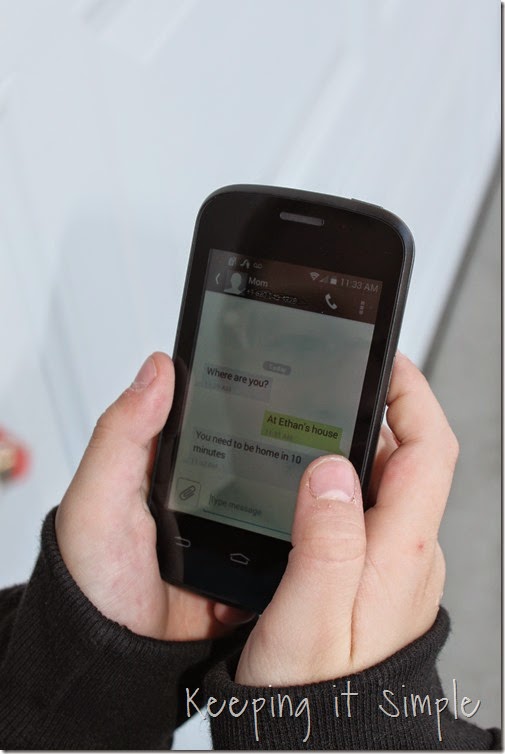 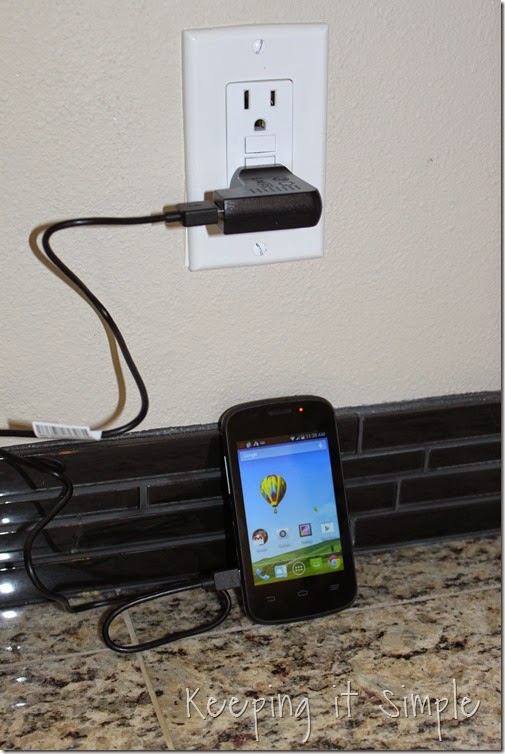 I have been very impressed with this cell phone, it has been perfect for our needs.  It’s just the size and price for our family.  It’s so nice to have something to send with my kids when they are out and about.  It’s also nice to have something to call my phone when I lose it ;).  I love that we don’t have a contract and that we can cancel it whenever we want to.  I am #Thankful4Savings so we can actually afford another cell phone.
Family Mobile is a great deal and has several different phones that go with the plan.  Starting November 16th several phones are on rollback.  Here is a list of those phones:
*ZTE ZMAX- $179.88 (was $199.88)
Alcatel Evolve 2- $49.88 (was $59.88)
Samsung Exhibit- $79.88 (was $99.88)
Nokia Lumia 635- $99.88 (was $129.88)
Samsung Galaxy Avant- $199.88
So if you’re in need of a cell phone but don’t want a contract and want unlimited everything, you should check out Family Mobile at Walmart.  They have a lot of great options that could be perfect for your family needs!