It is really fun to make them something special that they can wear on their special day and then through out the year.  My kids get excited to see what their birthday shirt will look like when they wake up in the morning.  Every year I try to do something that they like.  I have done trains, Star Wars, Pokemon, a tornado, rainbows and more.  As my kids are getting older, they don’t like the characters as much and would rather just have a simple shirt with the number on it.  Well my second son who is going to be 11 on Thursday is OBSESSED with Nintendo right now.  And not just the Wii but the classic old school Nintendo that I grew up playing.  So I decided that I was going to do something fun for his birthday shirt this year. I love how it turned out and I know that he is going to like it too!

Here is a quick video to show you the process of making this shirt.  You can do it with paint like I did or you could easily do it with heat transfer vinyl and just layer the vinyl.  Either way you do it, it will look awesome!

This is how I made the shirt.  I cut out the controller out with my Silhouette CAMEO out of regular indoor vinyl.  I made up the design and the cut file, you can get that here:

There are two parts to the design, the complete controller (so you can use it for heat transfer vinyl) and then the controller separated into two groups, one for the black paint and one for the red paint.  I used a grey shirt so I would have to paint the gray parts of the controller. 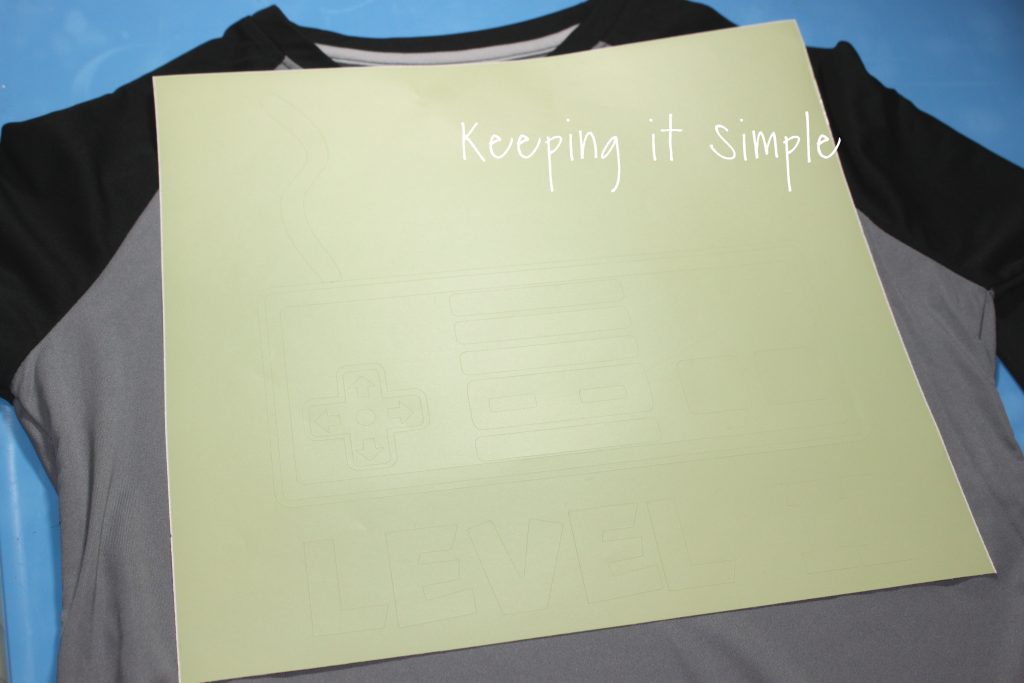 I then removed the image from the vinyl, to make it into a stencil.  The parts that I took away will be painted black. 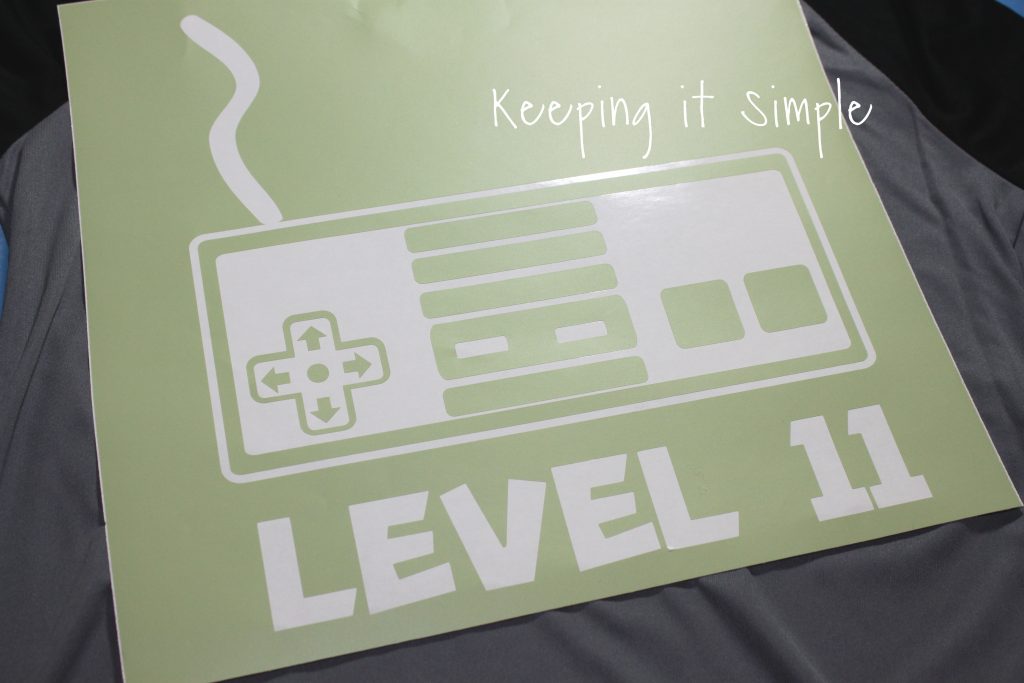 Using some transfer paper, I moved the vinyl from the backing to the shirt. 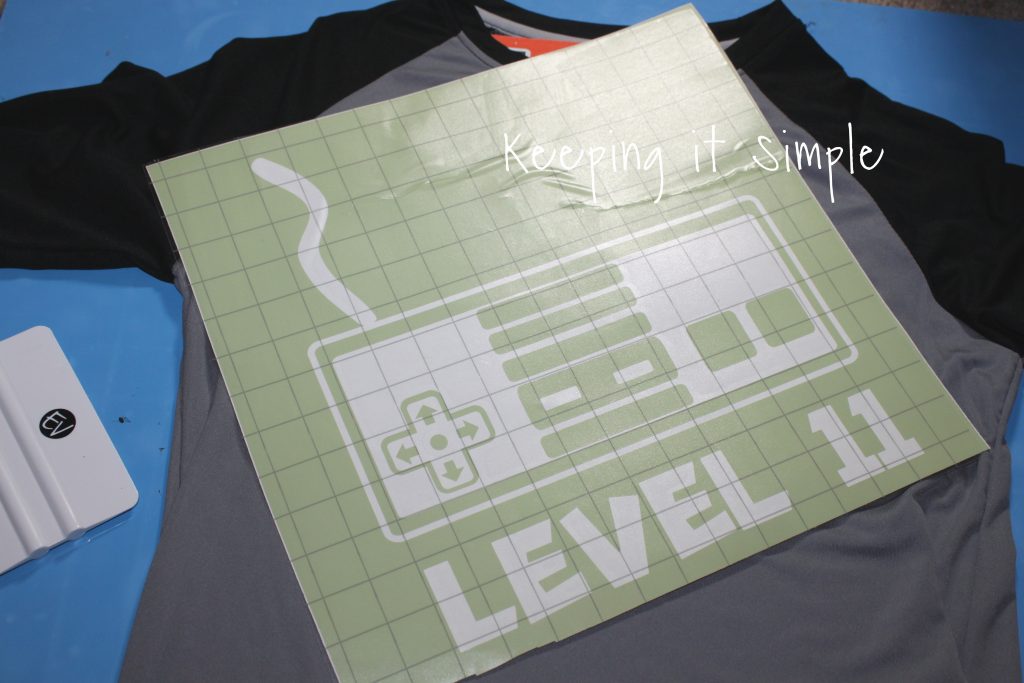 I put the vinyl onto the shirt (making sure that there are no bubbles and the shirt was laying flat and pressed down good).  Then I slowly peeled back the transfer paper. 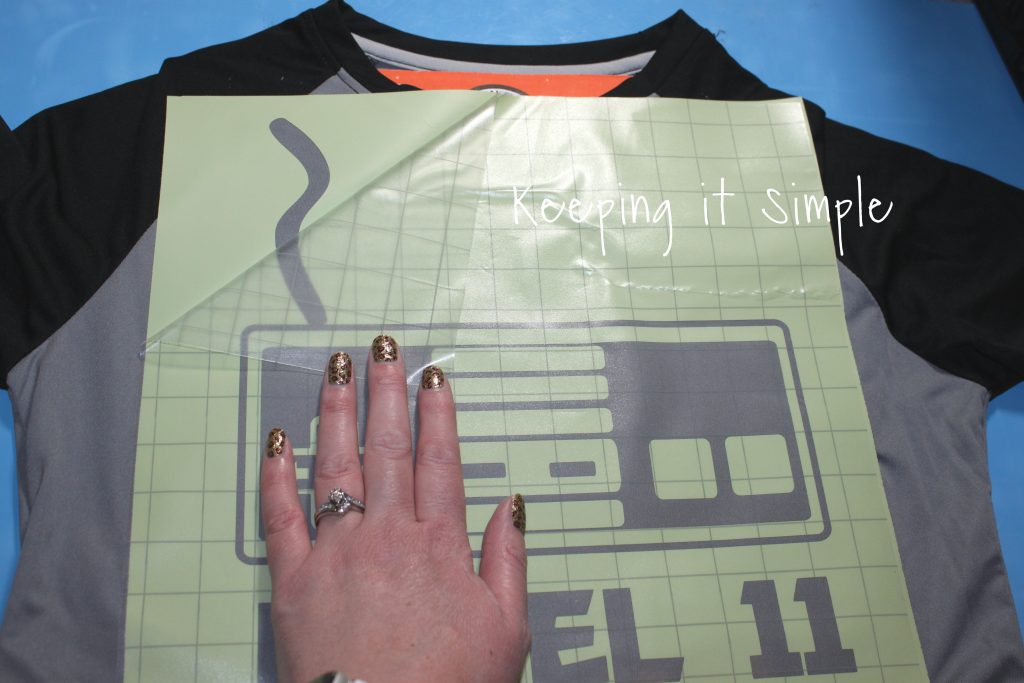 Here is what the vinyl looks like on the shirt. 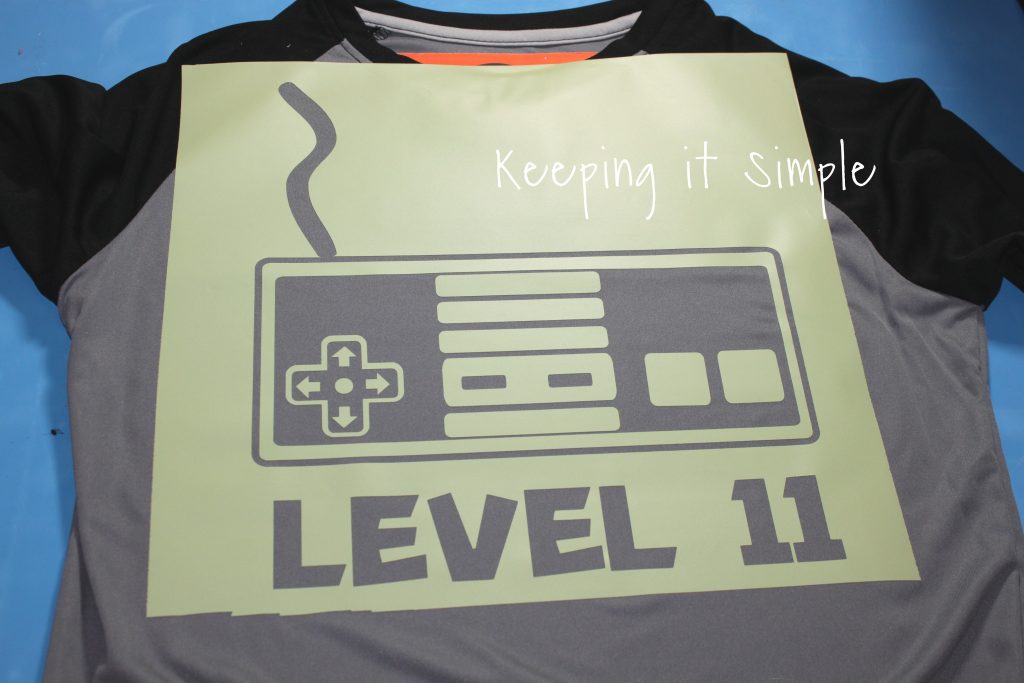 Using a stencil brush, I painted the controller black.  **Make sure before you start painting you put something in the shirt, like cardboard or paper because the paint goes through the shirt**  I use fabric paint when I’m making these shirts, but acrylic also works. 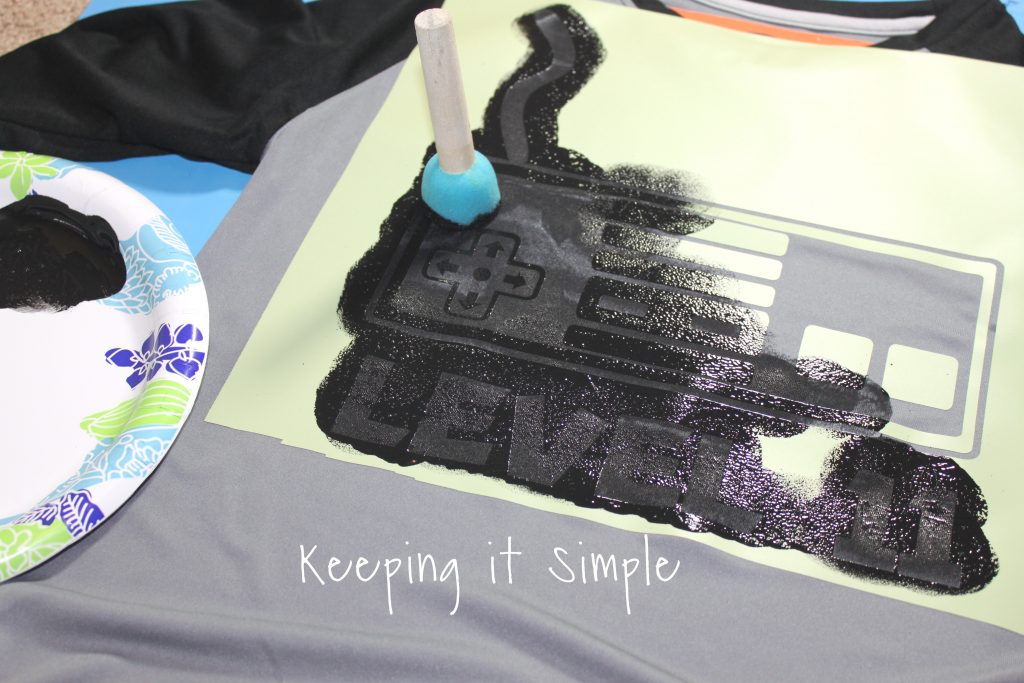 I let it dry completely (I used my hair dryer to speed along the process :D) and then I peeled off the vinyl. 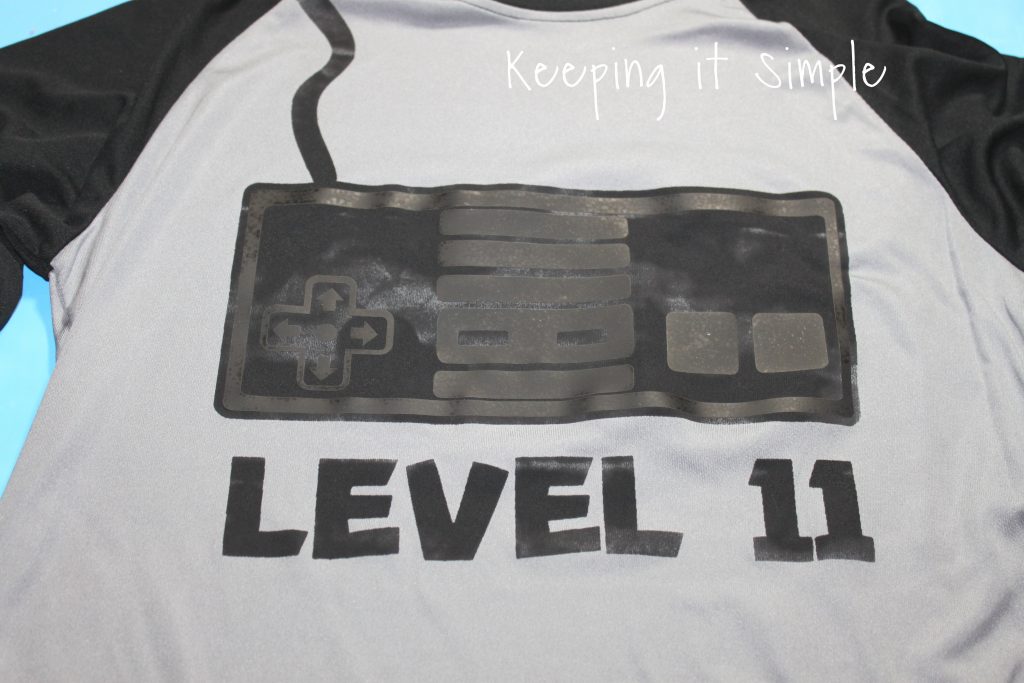 Now for the red words, I cut those out in vinyl and moved the letters like I did with the controller. 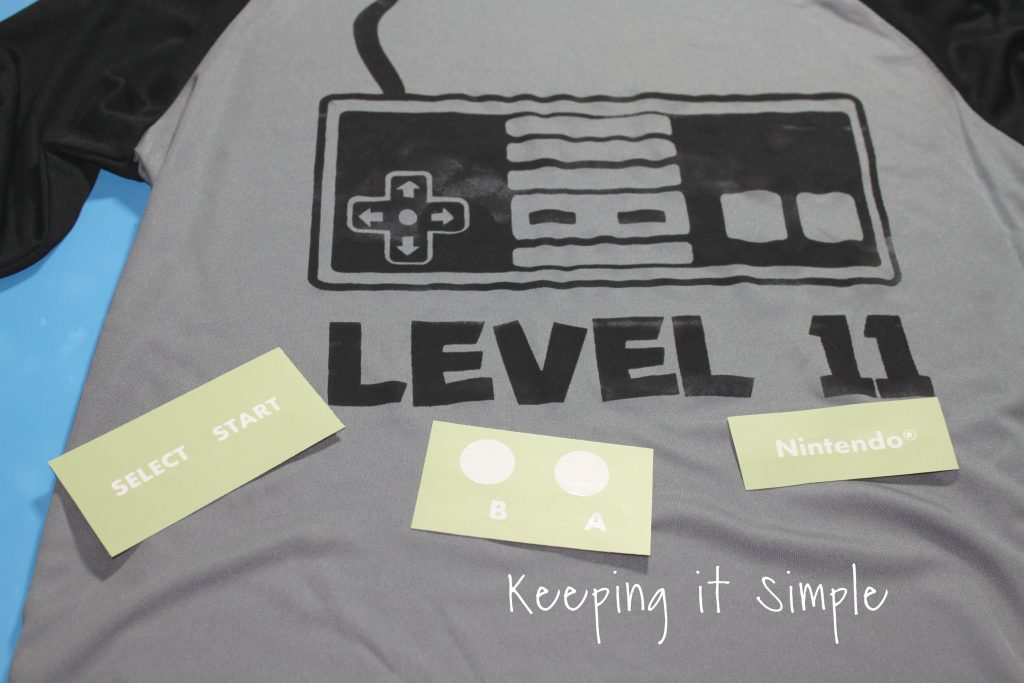 Using the transfer paper I put the vinyl onto the shirt.  Try to make them up as best as you can. 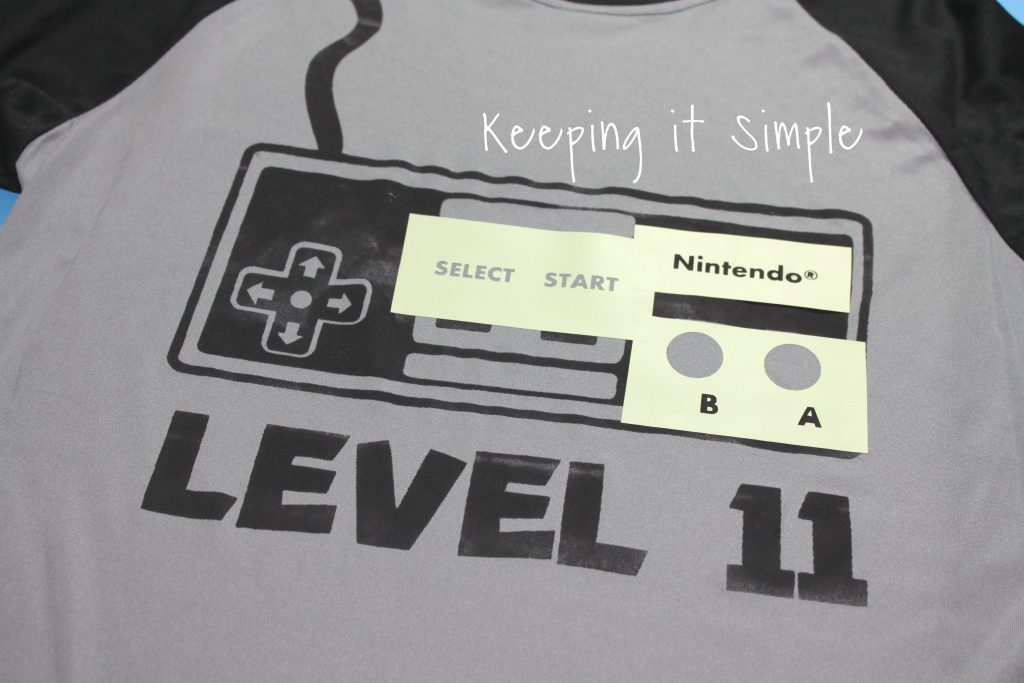 Using a smaller stencil brush, I painted the words red. 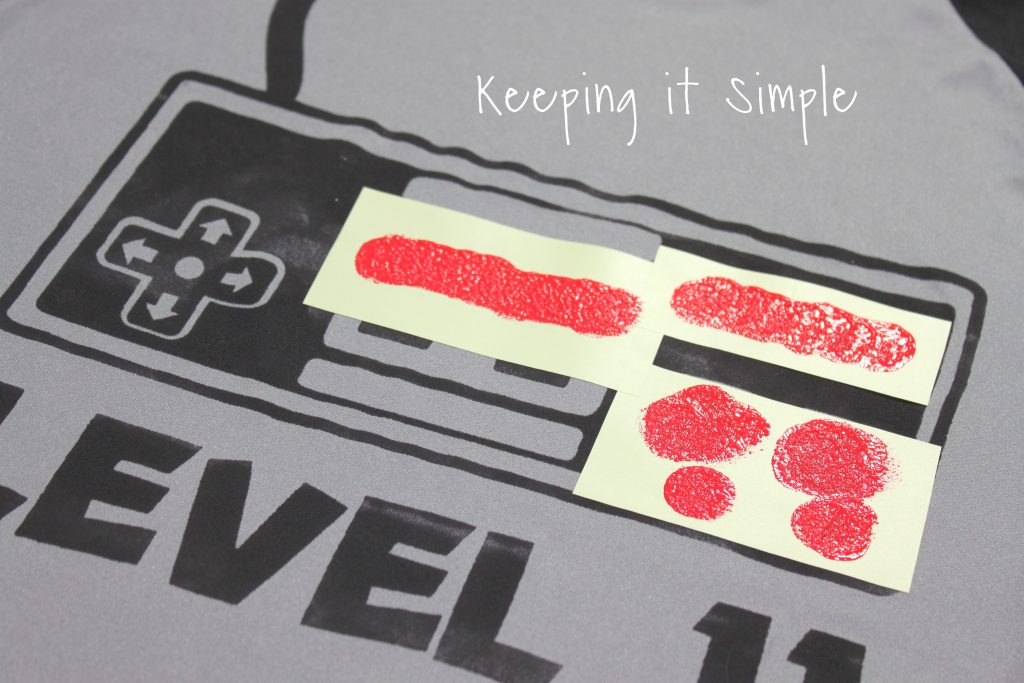 I then peeled off the vinyl when the red paint was completely dry (I did a couple of touch ups around the word Nintendo). 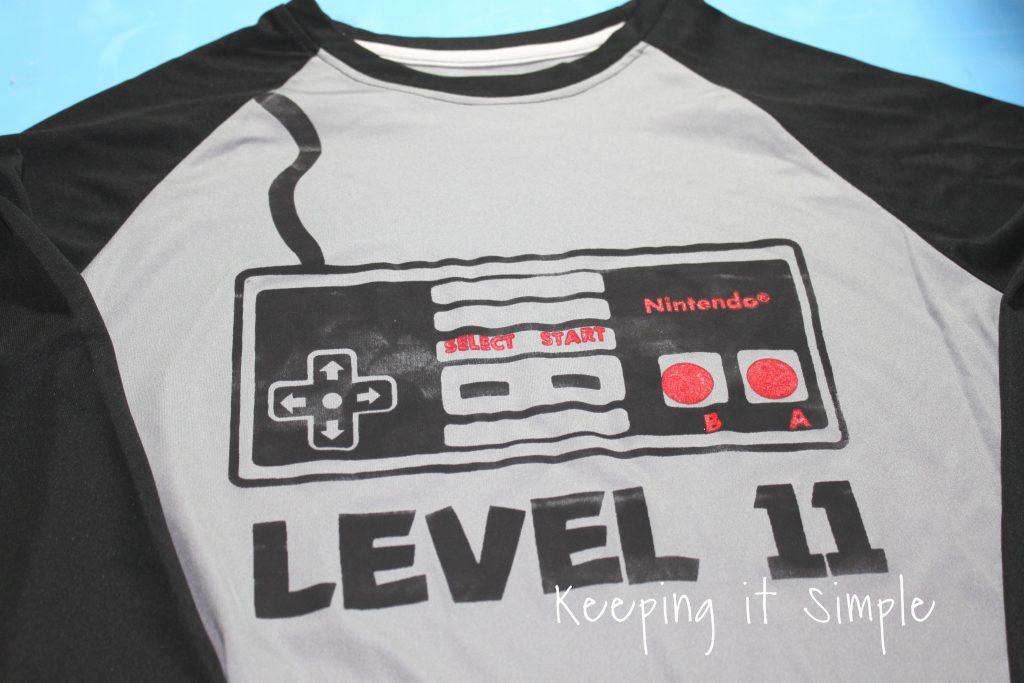 And that’s it!  Isn’t it awesome?!  I love how it turned out.  I used a font called Super Mario Bros. so if you wanted another number besides 11, you can use that font. 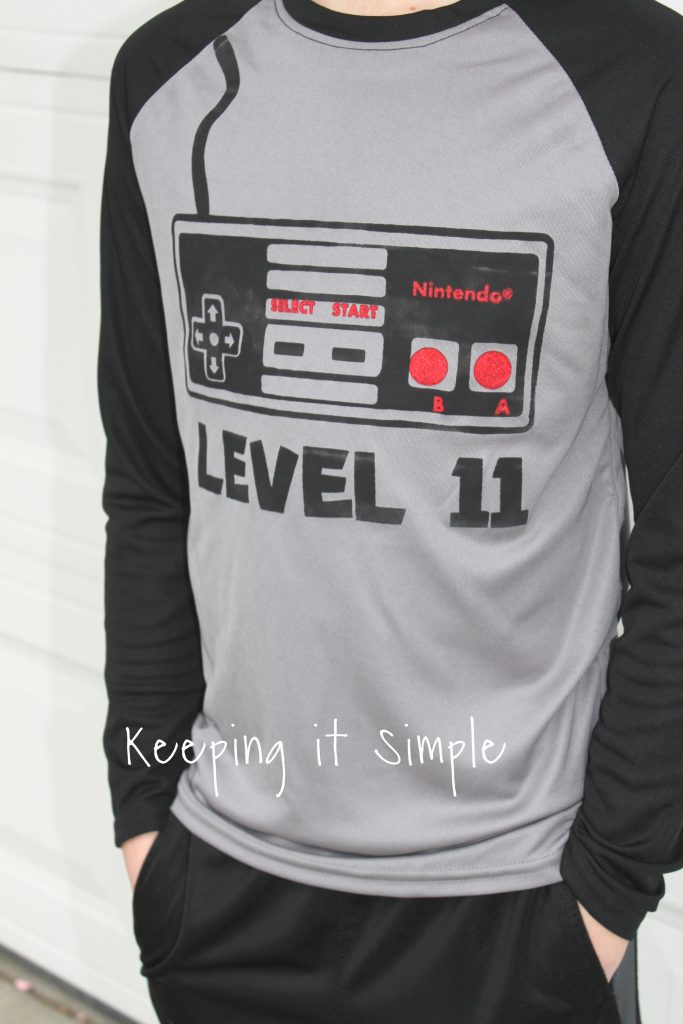 Like I said before, you could easily paint this or use heat transfer, it all depends on your preference.  I love the vintage, faded look that paint gives to shirts, so that’s why I used it instead of the HTV. 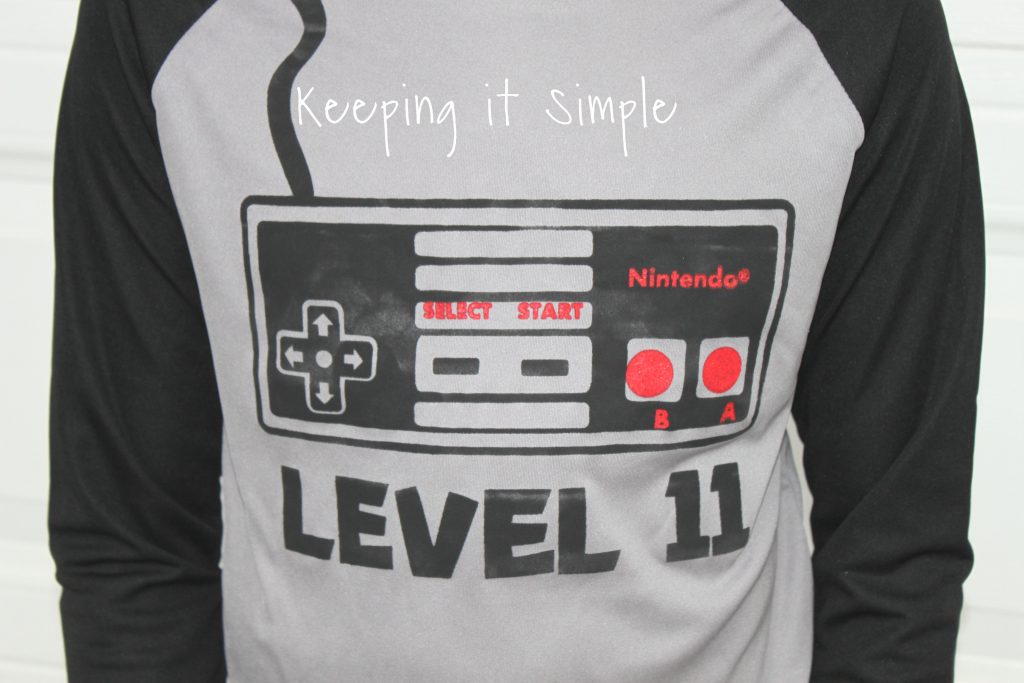 Here are some more boy ideas: 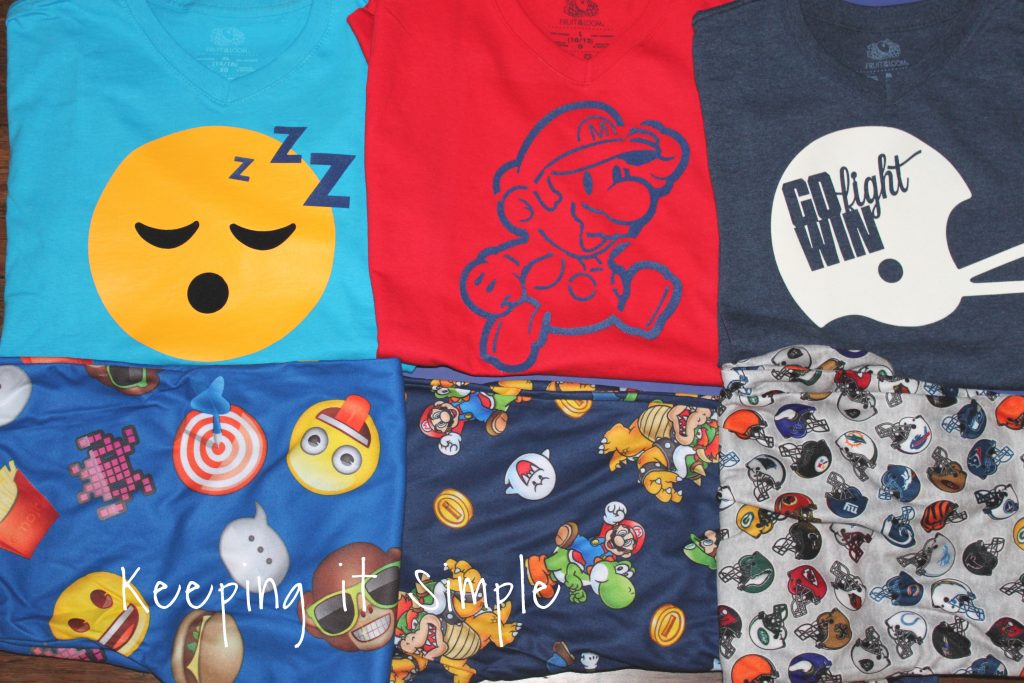 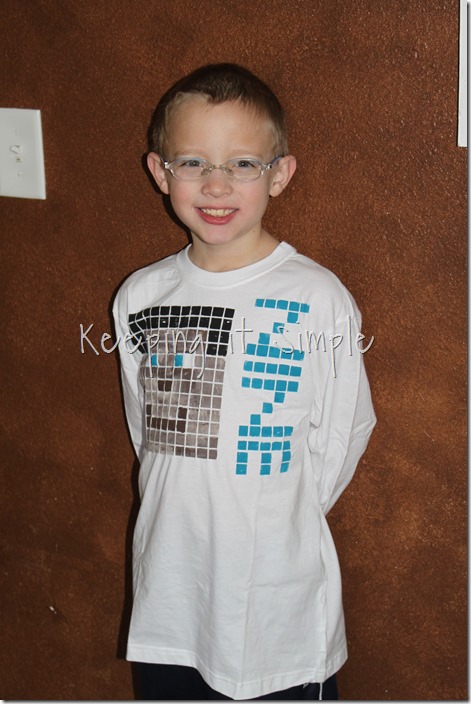 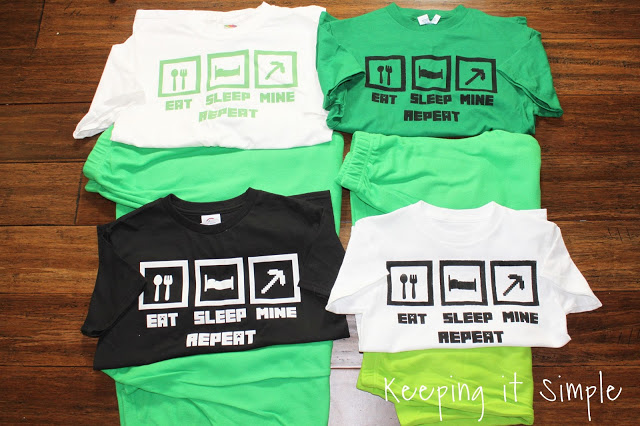 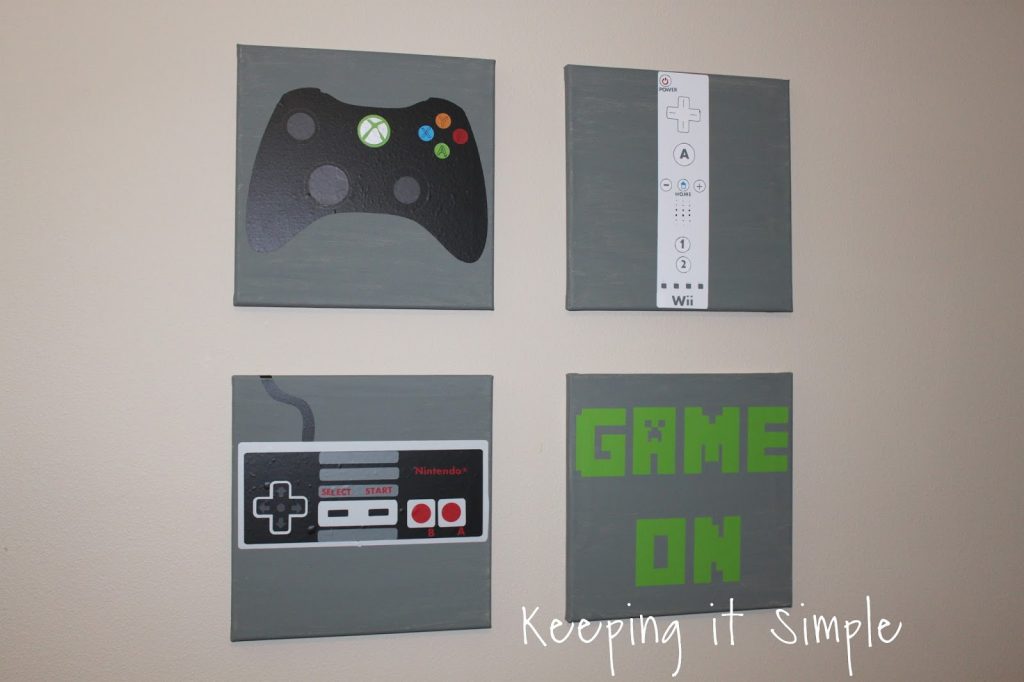